A new era for China 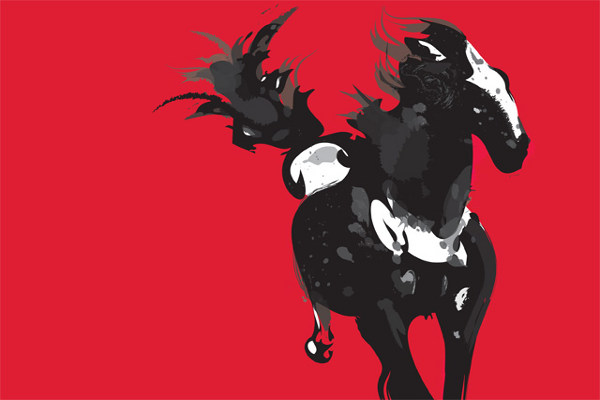 Several changes to China’s Trademark Law will come into force on May 1, giving brand owners a short time to get to grips with them. Edward Chatterton explains the essentials.

The eagerly-anticipated amendments to China’s Trademark Law will come into force on May 1, 2014. To prepare for the implementation of the new law, the Chinese authorities have issued new draft Trademark Review and Adjudication Board (TRAB) rules and are discussing revisions to the Trademark Law implementing regulations. These will also need to be in place on or before May 1, 2014.

Principles of ‘honesty’ and ‘good faith’

The new law introduces a requirement that has been long-awaited by brand owners that have fallen victim to trademark squatting: all applications must follow principles of ‘honesty’ and ‘good faith’. However, while this is clearly a step forward in addressing trademark squatting, this new requirement is not listed as a possible ground for opposition. It is unclear whether the China Trademark Office (CTMO) will be prepared, in practice, to reject a trademark when evidence included in an opposition shows that a mark has not been applied for in line with these principles.

No right of appeal for opponents

An opponent’s right of appeal to the TRAB has in practice been of great importance to brand owners because the TRAB typically takes a more nuanced approach to trademark applications than the CTMO. Unfortunately, given the high workload of CTMO examiners, it is not uncommon for errors to be made, resulting in credible oppositions against squatted marks initially being refused.

The rationale behind the removal of an opponent’s right to appeal is that it will speed up the time-frame from application to grant of a trademark. This will be welcomed by applicants who have filed an application in good faith, but the downside for victims of trademark squatting is that there may be an intermediary period in which the squatted mark is registered and can be enforced by the squatter against the brand owner.

The practical implication of this amendment is that opposition proceedings will become very much the first and last chance a brand owner has to defeat a trademark squatter—a challenging concept for many Western brand owners to understand.

Under the existing law, anyone can oppose the registration of a trademark. Lengthy opposition proceedings have made it possible for parties to file oppositions for strategic purposes, delaying an application to gain leverage over an applicant. However, under the new law, only the owner of a pre-existing right or an ‘interested party’ can file an opposition. This is a positive amendment for applicants who have filed in good faith.

Under both the existing and new laws, damages are determined by reference to the actual losses suffered by a trademark owner. When it is not possible to calculate damages this way, they will be calculated on the basis of a reasonable royalty rate.

Under the new law, where there is evidence of bad faith by the infringer, or other ‘serious circumstances’ exist, damages can be tripled. In addition, in a further attempt to decrease infringement, statutory damages of up to around $500,000 can be imposed—a sixfold increase over the current level of statutory damages.

E-filing is undoubtedly a welcome change which, it is hoped, will increase the speed and efficiency of the prosecution process.

Multiclass filings may, however, be a double-edged sword, and their success may depend on how strictly the ‘honesty’ and ‘good faith’ provisions are enforced. On the one hand, it will increase efficiency and reduce costs in managing a Chinese trademark portfolio, making it easier and more cost-effective for genuine brand owners to protect their brands. On the other hand, it opens up the possibility for trademark squatters to register more brands in more classes and at a reduced cost.

With multiclass applications being allowed for the first time, the Chinese authorities will allow applicants to split their trademark applications in certain defined cases, such as in the case where an application in one class is blocked by a cited mark, enabling registration in the classes that are not blocked.

Currently, prosecuting a straightforward trademark application in China takes at least 18 months. The new law imposes tighter timing requirements. For instance, the CTMO must complete its examination within nine months, meaning that, provided no oppositions are filed within the three-month opposition period, a mark should proceed to registration in 12 months.

Any decision by the TRAB on the CTMO’s rejection of a mark on absolute or relative grounds must be given within nine months; historically, this has taken anywhere from 12 to 24 months.

While these strict time limits all look good on paper, it remains to be seen whether the focus on speed will have an adverse impact on the quality of the decisions.

The period for filing supplemental evidence in opposition proceedings is proposed to be shortened from three months to 30 days following the filing of the opposition itself. If implemented, this amendment would have significant implications, as brand owners would face a much tighter deadline when gathering evidence to support oppositions. Brand owners are therefore advised to start collecting good records to illustrate issues such as use, registration, fame and reputation so that materials are at hand when needed.

Under the current law, a trademark licence has to be recorded with the CTMO within three months of its execution. However, neither the law nor the rules set out the consequence for failing to do so. As a result, many companies choose not to record their licences. The draft implementing regulations propose that an application to record a licence that is filed late will no longer be processed by the CTMO. Although a failure to record a trademark licence does not affect its validity, the licence cannot be enforced against a third party acting in good faith. Brand owners should therefore review their trademark licences and take appropriate action.

The new law introduces a number of welcome amendments, with the most notable being the requirement to file applications in ‘honesty’ and ‘good faith’. Other amendments may prove challenging. Time will tell how this all works in practice for those that are eager to protect their brands in China.

Edward Chatterton is a partner at DLA Piper in Hong Kong. He can be contacted at:
edward.chatterton@dlapiper.com