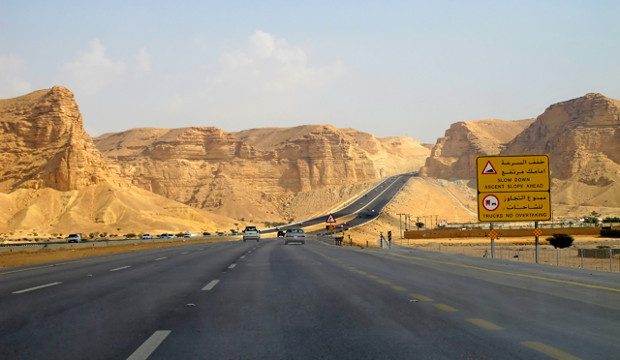 As counterfeiters become ever more sophisticated in their attempts to circumvent the reach of law enforcement authorities, Saudi Arabia is at the forefront of efforts to tackle them. WIPR talks to His Excellency Mr Saleh M S AlKhaliwi, director general of Saudi Customs.

What are the main responsibilities of Saudi Customs in terms of IP?

The main responsibilities of Saudi Customs in this field are to prevent entry of items violating any IP right as well as to detain, seize and destroy the fake and counterfeit goods. In addition, the violating importer is fined.

Saudi Customs, upon its own initiative, prevents entry of items violating any IP right whether trademark or copyright when an explicit violation is noticed in imported goods. In addition, the owner of the goods or his agent has the right to get an administrative or judicial order to apply preventive detention on consignments under clearance within the customs zone that are suspected of breaching IP rights. If the violation is established, the goods are seized and destroyed. The violator is also fined.

Moreover, Saudi Customs is charged to implement the border procedure regulation of the IP (Copyright and Trade Mark) Protection that conforms to the World Trade Organization’s (WTO) TRIPS agreement, duly issued under the Ministerial Order No. 1277 on July 3, 2004 within the framework of Saudi Arabia's commitments under the WTO, including the requirement to specify a mechanism of handling IP rights violations.

What are the main efforts currently focused on?

Sustained capacity building for Customs employees through providing quality training by organising specialised training courses, in-country and abroad, in the field of combating commercial fraud, counterfeiting and piracy. In addition, specific automated systems are also being developed currently to provide stringent control of imports in order to ensure that whatever is cleared is not injurious to the health and safety of the consumer and is not violating IP rights.

Moreover, Memoranda of Understanding are extensively signed with consultant firms that represent IP and trademark holders in order to secure technical consultation in verification of trademarks on imported goods. They provide technical information and details of differences between the genuine and counterfeit or fake products and assist in organising workshops and training courses aimed at pre-qualifying the Customs inspectors for the job.

Has there been an increase in the import/export of counterfeit goods from/into Saudi Arabia in recent years?

Saudi Customs has been paying special attention to combating commercial fraud and counterfeiting, as well as protecting IP. A campaign was launched for this purpose in 2008. Control mechanisms to work at the customs ports were developed. It culminated in increased seizures by the Customs of fake, counterfeit and IP-violating products.

Despite a hike in the annual seizures, considerable improvement is noticed in the level of compliance by importers with the authorised standards and specifications in general, in addition to being careful in importing proper products in order to avoid penalties in particular.

Saudi Customs is applying a risk management system where those who have already imported any IP-violating goods are subjected to scrutiny.

Where do the imported items primarily come from/get sent to?

“THE VIOLATORS INVOLVED IN SUCH PRACTICES SHIP THEIR GOODS THROUGH DIFFERENT COUNTRIES FROM WHERE THEY ARE RE-EXPORTED TO SAUDI ARABIA ACCOMPANIED WITH FAKE DOCUMENTS IN AN EFFORT TO AVOID SCRUTINY.”

Fake and IP violating goods are imported from any country. There are seized items imported from many countries. The violators involved in such practices ship their goods through different countries from where they are re-exported to Saudi Arabia accompanied with fake documents in an effort to avoid scrutiny that they would have been subjected to if shipped directly from the producing country. The major source country for such items is China and the Free Trade Zones in neighbouring countries.

What are the most common counterfeit/fake items to pass through Saudi borders?

Consumer goods with famous trademarks such as toys, spare parts for vehicles, cosmetics, electrical goods, etc. What is the scale of the problem, and are there particular industries that are targeted more than others? Commercial fraud, counterfeiting and IP rights violations are considered an international phenomenon, and not merely local or domestic.

All developed and developing countries suffer from this phenomenon. Saudi Customs is spending its best efforts in order to prevent entry, and is bent upon waging this war incessantly. This phenomenon is rampant in consumer goods.

What successes have you enjoyed over the past year in the battle against counterfeits? What are the plans for the future?

The most important success of Saudi Customs lies in seizure of a great quantity of fake and counterfeit goods, and preventing them reaching the consumer for the sake of protecting health and safety. Around 55 million pieces were seized and destroyed during 2012. One more remarkable success is that Saudi Customs ranked first in combating commercial fraud, counterfeiting and IP rights protection at the level of World Customs Organization’s (WCO) 179 member countries in the year 2012.

In addition, Saudi Customs achieved first position in 2010 at the WCO member countries’ level in the quantity and number of seizures in the field of automobile spare parts, besides attaining sixth position in the field of computers and accessories. (See WCO Annual Report, 2011)

Saudi Customs this year organised the third Arab Forum for IP Rights Protection, preceded by the second Arab Forum two years ago. We participated in organising the first Arab Forum. This forum is organised every two years. As far as future plans are concerned, Saudi Customs always endeavours to benefit from previous experiences in this field, and to continue improving regulations and procedures that may serve the drive by Customs towards combating commercial fraud and counterfeiting.