A one man band: protecting the Zippo brand 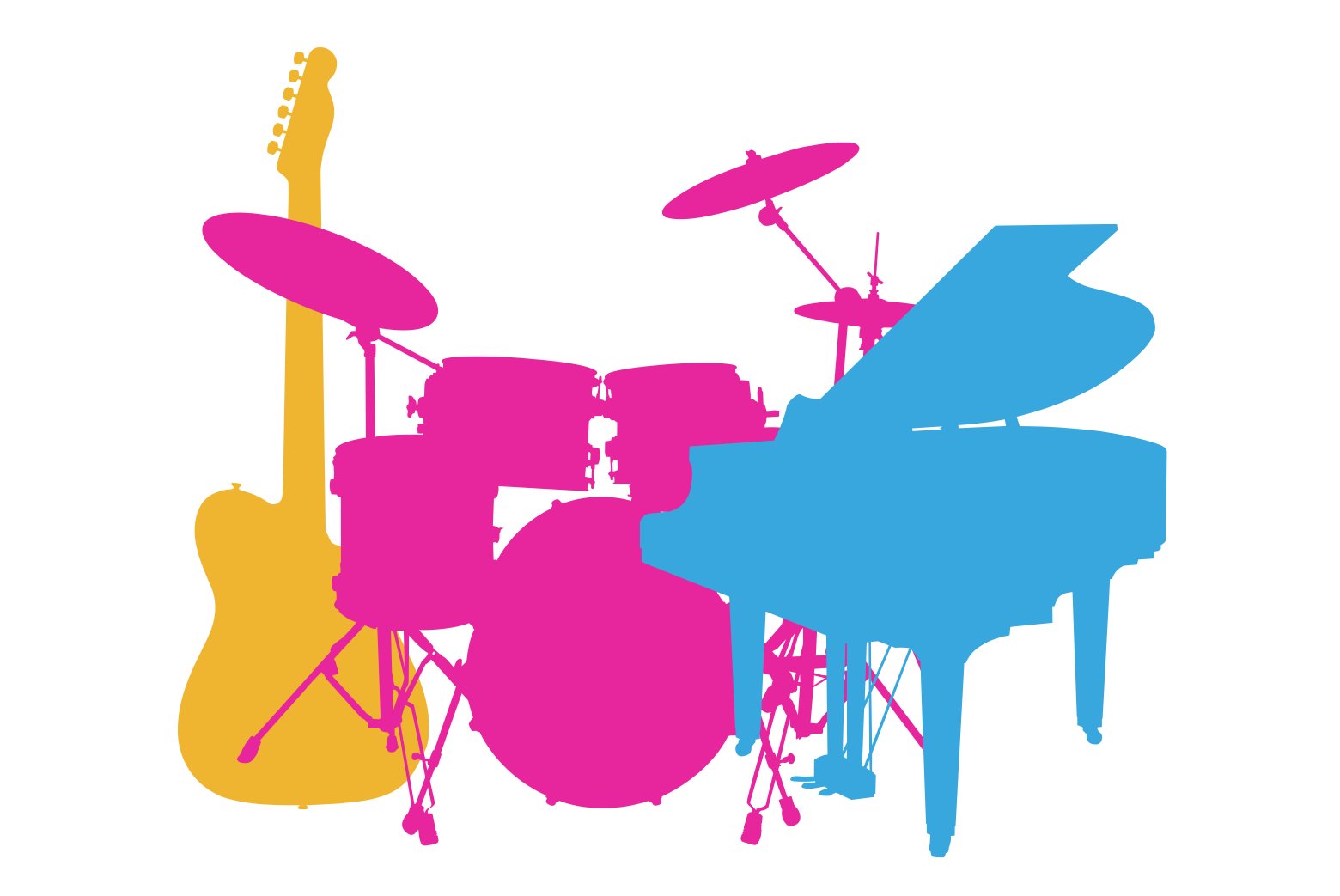 As general counsel at Zippo, Jeff Duke is in charge of a huge budget for protecting the lighter maker’s trademarks. WIPR finds out more about his work and why he applied for a new gTLD.

Jeff Duke is a busy man. As general counsel at Zippo, Duke has virtually sole responsibility for protecting the lighter manufacturer’s famous brand. Zippo, with its refillable lighters and intricate designs, has been an attraction for smokers and collectors alike for more than 80 years.

It is not just smokers (traditionally outdoor enthusiasts and soldiers) who have been reeled in by the lighters’ durability. Nor is it just collectors, attracted by the lighters’ colourful decorations, who have queued up to buy them. The success of Zippo—it sold its 500 millionth lighter last year—has brought unwanted attention.

“We are the only lighter in the world that is counterfeited in great quantity,” says Duke. “That’s because our lighters are sold in significant volumes and we get a reasonable price for them: you can make a lot of money selling counterfeit Zippo lighters. We don’t sell nearly as many as BIC, but you would have to counterfeit plastic lighters in huge volumes to make any money, because each one is so inexpensive.

“We also have the problem of people decorating our lighters without authorisation. This doesn’t sound significant, but we depend a great deal on providing products using a lot of different decorations to attract people. It’s also a problem because the quality on a lot of the illegal decorating isn’t very good, and people buy them thinking they’re genuine and then complain about them,” he says.

As the years have rolled by, Zippo has found that the problems of offline and online counterfeiting have increasingly merged into one. The Internet is blurring the distinction between bricks-and-mortar and Internet retail, connecting groups of hard goods counterfeiters with rings of online sellers. As a result, Zippo, like many large brands, often suffers at the hands of criminals using Internet websites to funnel counterfeit goods on to the global markets.

Learning about how these bad actors operate is the first step to beating them.

“I had a really interesting meeting with the National Cyber Forensic Training Association (a consortium of government, business and educational institutes) and learnt a lot about how groups of gangs operating websites work. A website can appear to be on its own but it is actually part of a family of 20, 50 or 100 websites that sell counterfeit goods. It’s a very organised business that usually goes back to a very small group of masterminds,” says Duke.

“SLOWLY BUT SURELY, ZIPPO HAS BEEN ABLE TO REDUCE THE IMPACT OF COUNTERFEITING, ESPECIALLY IN CHINA, WHERE THE PROBLEM IS OFTEN ACUTE.”

Zippo provides a robust response to the criminal gangs. Led single-handedly by Duke but with help from law firms around the world, Zippo sets aside a very large anti-counterfeiting budget, spending millions every year protecting its brand.

Duke monitors counterfeit products online as well as one person can, but it isn’t easy. In the past, the difficulties of the job led him to work with brand protection companies but he says it didn’t work out. Not that the companies weren’t up to scratch, but because there are so many decorations on Zippo lighters that, unless someone familiar with Zippo’s patterns can quickly check their legitimacy, it can be very hard to tell which ones are fake.

Duke says a private investigator in China helps him and now he is hiring people in the US, EU and China (a second investigator) to monitor the Internet, including auction sites such as Taobao, Alibaba, eBay and Amazon, and the Internet generally, including gangs operating websites.

In 2012, Zippo’s full-time investigator in China began monitoring T-Mall, a division of Taobao. His first search for Zippo lighters produced 650,000 hits, most of which were counterfeit goods. Soon enough, and after working with T-Mall, the investigator’s searches began showing fewer and fewer goods and the number is gradually dropping.

Slowly but surely, Zippo has been able to reduce the impact of counterfeiting, especially in China, where the problem is often acute.

But these signs of improvement come against a backdrop of the Internet’s increasing size and power, and there are always new opportunities for bad actors to target Zippo. A prominent problem facing the company is one that has lingered since the birth of the worldwide web: cybersquatting.

Duke says he is particularly worried by a new and potentially intense wave of cybersquatting, under the forthcoming new generic top-level domain (gTLD) programme. Zippo applied for the .zippo gTLD primarily as a defensive move—to stop others applying for it or something similar—but Duke believes the biggest problems will be at the second level of the domain name system, in which domains such as example.com or example.org exist.

His worries are not unique in the IP community. Some rights owners have long opposed the gTLD programme, mainly because of the fear that more than 1,000 new domains, many of which will be ‘open’—allowing anyone to register a site under them—will inevitably lead to more cybersquatting.

“THE GTLD SPACE PROMISES TO POSE ADDED THREATS TO ALL BRANDS, AND DUKE WILL HAVE TO WORK HARD TO PROTECT THE ZIPPO TRADEMARK.”

Josh Bourne, president of the Coalition Against Domain Name Abuse, says there is a risk of a rise in cybersquatting, at least in many of the 500-plus generic gTLDs expected to be ‘open’ registries.

He adds: “Bad actors are likely to exploit the initial confusion that the launch of new gTLDs will bring, so brands will have to prepare to be vigilant when new gTLDs begin to launch at a rate of close to 20 per week.”

There are specific measures, known as rights-protection mechanisms (RPMs), to ease the pressure on brands, allowing them to use systems including a faster, cheaper version of the UDRP.

But Duke is not convinced by them: “The RPMs are weak. ICANN and the Internet world don’t have a very good history of protecting brands. You can’t really say: ‘oh, good old uncle ICANN will do everything right and we won’t have to worry about it’. We will have to file defensive registrations in response [to cybersquatting] and no doubt spend money using UDRP actions. The domain space is still very much a ‘wild west’.”

While Duke is somewhat hostile towards ICANN, Bourne is more diplomatic, saying the RPMs “could be broader in scope”. He supports the creation of additional, non-mandatory RPMs across all open, generic applications and specifically wants new gTLD registries to offer services blocking domain names chosen by trademark owners.

“This would eliminate the yearly renewal fees in the approximately 275 gTLDs that do not currently plan on offering a block option, lowering the annual cost of basic brand and consumer protection. A trademark block option or limited preventive registration would allow brand owners to protect their consumers for a more manageable fee,” he says.

The two biggest gTLD players—Donuts and Minds+Machines—have both committed to these systems, which will block a domain name across all of their gTLDs. While there will be a price, the registries say it will be lower than the cost of registering a domain defensively in the same gTLDs.

The gTLD space promises to pose added threats to all brands, and Duke will have to work hard to protect the Zippo trademark. It is perhaps for this reason that, for the first time, he is hiring an assistant to help him manage the challenges. It’s a new era for the gTLDs, and a new era for Zippo.