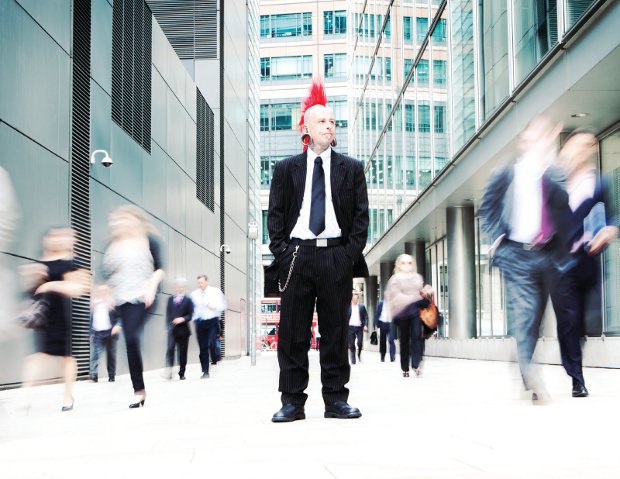 eBay is one of the most-recognisable online brands in the world. So why, after 17 years in business, did it decide to change its logo? TB&I finds out.

eBay has come a long way since 1995. It started small, the preserve of early adopters and collectors, then grew rapidly, increasing its offerings and capability alongside its revenue to become, perhaps alongside amazon.com (which also went live in 1995), the grand old man of the online world. Today, eBay turns over more than $11 billion per year, and that figure continues to grow. In 2010, an estimated 26 percent of Internet users visited one of the company’s 38 country websites.

Why then, would such a recognisable brand choose to change its logo, especially since online, the old logo will continue to float around forever? The history of brands is littered with examples of rebranding that backfired for one reason or another. Consumers form attachments to brands that can be surprisingly deep, and with change there is always the risk of alienating people. Indeed, it could almost be argued that a new logo can only ever upset people in the aggregate, because no one’s likely to complain about something staying the same.

Alex Von Schirmeister, vice president of marketing at eBay Marketplaces Europe, explains the thinking behind the change, which came into effect on October 10: “Over the past 17 years, eBay’s global marketplace has evolved dramatically and we wanted to reflect this. Today eBay delivers a seamless shopping experience to buyers and sellers any time, anywhere and via any device. We updated our logo to reflect a more modern and streamlined eBay while maintaining a strong connection to our iconic logo. The evolved eBay design signals our clarity of purpose, but remains firmly rooted in our heritage.”

So what has actually changed? The font is neater than before, the letters thinner, the blue colour of the ‘b’ is brighter and there is no overlap between the letters. Subjectively, the new logo looks cleaner, more businesslike and perhaps a little less fun. Befitting a 17-year-old, it looks more grown-up, less childish but, in its colourful arrangement, perhaps still a little bit mischievous.

The new logo was created by a team from eBay and Lippincott, a brand strategy and design firm which, in an earlier incarnation, worked on the design of Campbell’s soup cans and the Coca-Cola ‘sweeping swirl’. It aims to reflect a company whose priorities and revenue streams have changed. A spokesperson from Lippincott notes that “while strong in brand equity, many consumers associated eBay with auction-style listings, used goods, and quirky items. Audiences failed to realise that eBay had evolved greatly, with the majority of items being new and ‘Buy It Now’ instant purchases”.

The design, the firm says, is “inspired by today’s vibrant marketplace and sleeker experiences, but carries forward the iconic colour arrangement and approachable form to reflect eBay’s heritage. Utilising the refreshed colours, including a brighter blue and darker yellow, the broader visual system creates streamlined arrangements to enhance visual harmony”.

Of course, as with any major change, there were risks attached. Von Schirmeister says: “The logo is well known and loved all over the world and for this reason changing it was not a decision made lightly. Every change has its risks, especially updating a logo that loyal users have an affiliation with and that is so symbolic.

“The old logo reminded people of how we started out: auction-style listings, vintage items and quirky one-of-a-kind finds. Although this is a big part of what makes eBay special, we have evolved a lot in the past few years and it is much more than auction-style listings today. The updated eBay logo reflects these changes.”

Another obvious potential pitfall of changing a company’s logo is the question of how much to publicise the change, and how best to explain the decision to consumers in a clear and useful way. Do you launch with a fanfare and lots of publicity, or just start using the logo and hope that when people notice, they like it?

eBay went for something of a middle road between these two extremes. While there was an announcement, and the news was of course picked up by international media outlets, a casual user of the site could easily not have been aware of the change. Indeed, a cursory look at comments about the logo on Twitter suggests that many users didn’t notice at first. And because the new logo didn’t go live in every country in the world at the same time, some users are still interacting with sites that carry the old logo. The whole transition process could take more than a year. That said, eBay certainly did put in a substantial effort to support the change.

Von Schirmeister says: “We refreshed our brand to reflect the evolution of our business. It was therefore crucial that the logo was launched in a way that explained the broader strategic context.

“We created a micro site—http://www.ebay.com/ new—which contained the new logo, a message from the president of eBay Marketplaces, Devin Weign, explaining how the new logo reflected the new eBay and the new features and enhancements which would be coming to the site over the coming months, plus a look book, an infographic, a social feed and Frequently Asked Questions."

Weign’s message is interesting, because it clearly sets the new logo in the context of wider developments to eBay’s offering.

“We’re delivering a cleaner, contemporary look and feel; a more intuitive, convenient way to browse, decide and buy—both globally and locally; and a new personal way to curate your own shopping experience and discover items perfect for you.

These new experiences will be rolled live in the coming weeks in the US and around the world in the coming months. Additionally, our new logo goes live.”

This kind of approach makes sense. If you’re revamping what you do, then it’s logical also to revamp how it looks, though Von Schirmeister underlines that “the logo change didn’t drive the new features, nor the new features the logo”.

And what about intellectual property? With a new logo comes new responsibility. As you would expect, the logo has been trademarked in the US and internationally, and Von Schirmeister says that “use of the eBay name and logo are allowed only if an individual or organisation has a written licensing agreement with eBay”.

Efforts to protect the new brand will have to be at least matched with continued work on protecting the old one, given that the old logo will continue to enjoy greater recognition for a while at least.

eBay is not the only large company to have refreshed its logo recently. Microsoft did the same in August 2012, while Google’s logo was updated back in 2010. What is striking about allthree is that they seem to adhere to a loose set of common principles. All three use a four-colour model, where the colours are variations on blue, green, red and yellow/orange. This presumably has much to do with the RGB colour model used in computers, and all three companies used versions of it before their rebrands.

Microsoft and eBay both opted for a cleaner, simpler font, eschewing italics in Microsoft’s case and overlaps between letters in eBay’s. Google’s change was less drastic, though that company too removed ‘noise’ from the logo, in that case getting rid of the shadowing behind its name and slightly altering the yellow colour to a more orange hue.

It’s worth remembering that in a previous rebrand, Google removed an entire exclamation mark from its logo. Twitter also changed its logo, in June 2012, and while it shares few elements with the others discussed, there does seem to have been a similar move away from cutesiness and complexity towards a simpler, more grown-up approach.

So what’s behind this apparent shift in emphasis? Perhaps it’s to do with a general perception that the Internet has truly come of age in the past few years. Or perhaps it’s an acknowledgement that the companies themselves (Twitter excepted) are now Internet veterans rather than brash young upstarts.

Or maybe it’s just because each of the new logos is easier to read, and in a world where Internet users are consuming an astonishing amount of information all the time, simplicity is a virtue. In any event, where Google, Microsoft and eBay lead, you would expect others to follow.