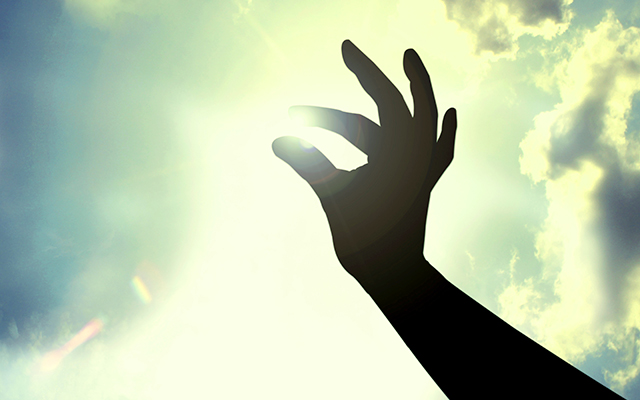 The Chinese government is hoping that an increased emphasis on protecting IP, including on Alibaba Group’s websites, will help the country foster innovation. Ed Chatterton reports.

A report released by China’s State Administration for Industry and Commerce (SAIC) in January criticised e-commerce website Alibaba Group’s efforts to combat the sale of counterfeit goods on its marketplace websites Taobao and T-mall. It raised eyebrows among industry commentators given that the relationship between the Chinese government and Alibaba was previously perceived to be a good one.

The report, initially called a ‘white paper’ (although this label was later retracted by the SAIC), claimed that many of the products sold on Alibaba’s websites were counterfeit, banned by the state, of a sub-standard quality, or infringed trademarks.

Two days following the release of the report, Alibaba executives met SAIC officials to discuss how to move forward. During the meeting, Alibaba’s chairman Jack Ma vowed to “actively cooperate with the government” and increase spending on anti-counterfeiting activities to halt the sale of counterfeit goods on its marketplaces.

Ma and the head of SAIC, Zhang Mao, also agreed to work together on strengthening Alibaba’s marketplaces’ protections against the sale of counterfeit goods. On the same day, the SAIC removed the report from its website and issued a follow-up statement that said it was not a white paper but in fact a set of meeting minutes that carried no legal force. Alibaba indicated that it considered this a vindication of its position.

Even before the release of SAIC’s report, Alibaba had already made a number of efforts to combat the sale of counterfeit goods, including:

Employing a task force of more than 2,000 employees and 5,400 volunteers to carry out daily online surveillance and random inspections of goods sold on Alibaba’s marketplaces;

Working with brand owners to identify and remove listings that infringed intellectual property rights, and with Chinese agencies and police to arrest counterfeiters;

Entering into collaborative memorandums of understanding with major international associations, such as the China-Britain Business Council, and major international brands like Louis Vuitton and Microsoft to protect IP rights and provide for the swift take-down of infringing goods; and

Establishing deterrents to punish sellers that list counterfeit goods on Alibaba’s marketplaces, including delisting goods, arranging for sellers to reimburse buyers of counterfeit goods, limiting sellers’ ability to add listings, closing down ‘stores’ and adopting a ‘name and shame’ policy for offenders.

"Alibaba has publicly welcomed approaches from brand owners and industry associations with a view to protecting IP rights and improving its take-down procedures and anti-counterfeiting measures."

Alibaba has also been cooperating with China’s government law enforcement agencies, including the General Administration of Quality Supervision, the State Intellectual Property Office and the State Administration of Press, Publication, Radio, Film and Television, since April 2013 to combat the sale of counterfeit goods by connecting its marketplace platforms with law enforcement authorities.

By 2012, these efforts had resulted in Alibaba’s Taobao marketplace being removed from the US Trade Representative’s (USTR) ‘notorious markets’ list (a report released each year outlining markets perceived to be facilitating IP infringement).

Following issuance of the SAIC’s report, Alibaba announced that it would step up its efforts to stop the sale of pirated goods.

Bearing in mind that Alibaba has removed more than 90 million infringing listings on its marketplaces since 2013, together with the proliferation of counterfeit goods in China, it is difficult to see how an additional team of 300 people will make the mammoth task of policing such huge marketplaces any easier for Alibaba.

While Alibaba may feel obliged to spend more of its profits on policing listings put up on its marketplaces, it will take a great deal more than an additional 300 people to keep Alibaba’s sites free from the sale of counterfeit goods. The recently established China Anti-Infringement and Anti-Counterfeit Innovation Strategic Alliance, a non-governmental organisation that counts Alibaba as a founding member, plans to use big data in the fight to stop the sale of fake goods online. This may ultimately prove to be more effective.

At this stage, it remains to be seen whether Alibaba will establish any further initiatives in order to step up its efforts to combat the sale of goods that infringe IP rights on its marketplaces. Further pressure has been piled on Alibaba in the USTR’s ‘notorious markets’ list. The USTR said it would keep Alibaba off its ‘notorious market’s list but was concerned by the SAIC report and encouraged Alibaba to “continue to work with all stakeholders to address ongoing complaints”.

Combating the sale of counterfeit goods on its marketplaces should, however, be a priority for Alibaba for reasons other than just protecting consumers’ interests. Alibaba is, after all, operated merely as a platform upon which third parties can sell their wares.

Unlike other marketplace platforms such as eBay, Taobao does not charge merchants with transaction fees, although it will be interesting to see whether this practice will continue in the future as the business continues to grow. Instead, more than half of Alibaba’s revenues are generated through online advertising, with merchants ‘buying’ search keywords that are linked to advertisement space displayed on the side of the marketplace’s webpage.

For a business that generates this amount of revenue through online advertising, maintaining its credibility in the eyes of businesses and consumers alike should be a priority if it wishes to expand its operations to a global market.

If consumers are unable to trust that products they purchase on Alibaba’s marketplaces are the ‘real deal’, they may decide to turn their attention elsewhere, reducing the value of the available advertising space on Alibaba’s sites. More resources will need to be dedicated to monitoring, reporting and halting the sale of counterfeit goods on its marketplaces, and as the reach of Taobao and T-mall continues to increase globally, the company will need to work ever harder to improve its international reputation.

However, there appears to be a growing trend for Alibaba to shift the responsibility of monitoring the sale of counterfeit goods onto brand owners. For big brand names worried about the sale of goods infringing their IP rights on Alibaba’s marketplaces, an effective way to attack the problem is to enter into a collaborative arrangement with Alibaba.

Alibaba has publicly welcomed approaches from brand owners and industry associations with a view to protecting IP rights and improving its take-down procedures and anti-counterfeiting measures. Earlier this year, Alibaba announced that a memorandum of understanding had been entered into with Microsoft in order to halt the sale of counterfeit Microsoft products on Alibaba’s marketplaces and to educate consumers about the risks of using pirated software.

Alibaba entered into a similar partnership with Louis Vuitton in 2013. Under this partnership, it was agreed that Taobao would be proactive in the take-down of listings of suspected counterfeit goods, and that Alibaba would implement measures to prevent sellers listing fake items on its marketplaces.

Brands can benefit from entering into such arrangements, since they speed up the take-down process by removing the need for brand owners to monitor and report counterfeit listings, but it is highly likely that only the major international brands will be able to enter into similar collaborative agreements with Alibaba.

For smaller brand owners, Taobao has an online channel for overseas companies to file complaints about goods being sold on its marketplaces, allowing brand owners to issue take-down requests against infringing listings.

Filing a complaint is not a straightforward procedure, with IP owners required to submit documentation to support their complaint and merchants able to issue counter-notices against the take-down requests. With all of these steps, taking down infringing listings becomes an arduous process and many have found that goods that have been taken down often reappear as revised listings. Clearly, more needs to be done to cut the offering of counterfeit goods at the source.

Through the issue of their scathing report on Alibaba’s anti-counterfeiting efforts, one thing is for sure: by publicly criticising their biggest e-retailer, China’s regulators are looking to make a clear statement of the importance they place upon protecting IP and innovation. The Chinese government, meanwhile, hopes that an increased emphasis on protecting IP will help China to foster innovation and move away from its history of having an economy dependent on cheap manufacturing and government spending.

Ed Chatterton is a partner in the intellectual property and technology team based in the Hong Kong office of DLA Piper. He advises on ownership, maintenance, protection and exploitation of IP with a particular emphasis on matters across Hong Kong and China. He can be contacted at: edward.chatterton@dlapiper.com