All together now: ‘block’ 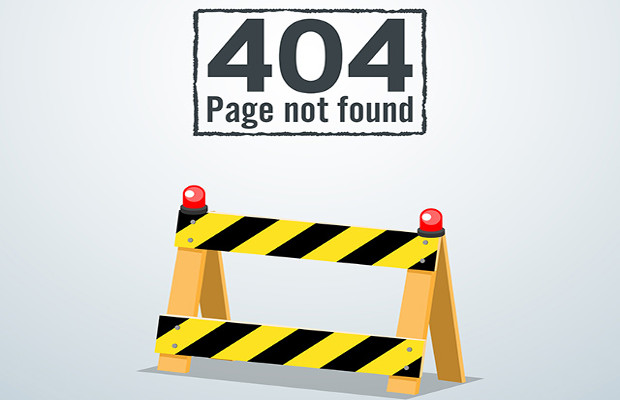 In a widely-reported ruling, the English High Court in February accepted luxury brand Cartier’s application for an injunction that ordered the UK’s five largest internet service providers (ISPs) to block several websites that had been selling counterfeit Cartier products.

The order follows a similar high court ruling from October 2014, also in favour of Cartier, which marked the first time the website blocking protection that has been available to copyright owners since 2010 was extended to trademark owners.

However, to date, Cartier (together with sister brand Mont Blanc) is the only brand to seek this manner of judicial relief. With the UK courts apparently willing to intervene at the ISP-level to root out counterfeiting, and businesses in the EU reportedly losing €9.5 billion ($10.8 billion) in revenue due to counterfeiting every year, why aren’t more brands protecting their marks through blocking orders?

For many brands, the answer may be simple a cost-benefit analysis.

Blocking orders are expensive to obtain. According to Cartier’s request for a blocking order, filed in October 2014, the per-website cost to Cartier of obtaining unopposed blocking orders totalled £14,000 ($20,000). That figure does not include the significant expense of paying specialised vendors to monitor the web to protect against blocked websites reappearing under different URLs (more on that below). Given that price tag, brands will likely want some assurance that blocking orders offer effective protection for their marks before seeking them.

With so little track record, the impact of blocking orders on online counterfeiting is difficult to measure.

In the copyright context, where more data is available, the evidence of its effectiveness is mixed.

On the one hand, a November 13, 2014 efficacy study commissioned by the Motion Picture Association of America (MPAA) determined that web traffic to blocked sites declined precipitously following the issuance of blocking orders, and that blocking orders as a whole may have succeeded in decreasing aggregate piracy-related web traffic in the UK.

On the other hand, online piracy continues to be a significant drag on the UK entertainment industry, and some piracy sites have proved adept at circumventing ISPs’ blocking measures through ‘proxy’ and ‘mirror’ sites that offer indirect access to blocked sites through unblocked IP addresses and web browsers specially designed to access blocked URLs, among other methods.

“For the price tag, brands want more long-term protection for their marks, not just a short-term fix that does not significantly impact the proliferation of counterfeit sites.”

Further, to the extent that blocking orders are effective at curtailing copyright infringement, sites targeted at retail sales may be a different story.

According to the ‘venue hypothesis’ advanced by music and technology experts Will Page and Eric Garland in their 2008 article, file-sharing behaviour is driven by user loyalty to specific piracy venues (including The Pirate Bay and KickassTorrents), which gain and retain popularity because of brand recognition of the domain name itself and the reputation of the site.

In fact, piracy venues have such devoted followings that many habitual file-sharers will opt to download unlicensed content even when free, legal alternatives are available. According to Page and Garland’s example, unlicensed torrent downloads of the band Radiohead’s 2007 album “In Rainbows” far exceeded sanctioned downloads, even though the album was made available free on Radiohead’s website.

Given that powerful brand loyalty, shutting down popular file-sharing sites might reasonably be expected to disrupt piracy habits and curtail copyright infringement, at least until users find a suitable alternative.

The same cannot necessarily be said of the retail space, where consumers tend to look for deals wherever they can find them. One 2012 consumer survey by brand protection company MarkMonitor found that shoppers who visited counterfeit websites “visited nearly four times as many URLs and dedicated more than three times the amount of shopping time than those who visited legitimate URLs only”. This strongly indicates that consumers find their way to counterfeit sites through extended bargain-hunting rather than by navigating to any particular domain name, site or service in the first instance.

Further, unlike many file-sharers, purchasers of counterfeit goods are not necessarily seeking to acquire counterfeits. Subsequent MarkMonitor surveys in 2014 and 2015 found that 24% of bargain hunters were actually duped into purchasing counterfeit goods that they believed to be genuine, and that among the shoppers who purchased counterfeit goods, deal-seekers outnumbered fake-seekers by a 28-to-one margin.

With counterfeit purchases driven more by low prices than loyalty to particular outlets, blocking specific URLs may not be particularly effective at combating counterfeiting. Whereas would-be file-sharers might navigate to a favourite piracy venue, find it blocked, and ultimately not download the infringing content, the same may not be true of would-be counterfeit purchasers, who tend to search out deals rather than venues and could easily land on a different, unblocked counterfeiting site and never know the difference.

In the entertainment industry, blocking orders have generally been pursued by trade associations such as the MPAA and the British Phonographic Industry. Given the nature of file-sharing and online piracy, that collective approach stands to reason. Online piracy venues tend to be equal opportunity offenders that infringe or threaten to infringe the copyrights of companies across the entertainment industry. As such, it makes sense for different companies to band together in pursuing blocking orders; most copyright owners stand to benefit, and the costs of pursing blocking orders are defrayed among all members of the association.

Retail trade associations, however, haven’t followed their media brethren into the website blocking game. That is likely due to the nature of counterfeit sites, which are often dedicated to counterfeiting only a specific brand or only a small number of brands.

Whereas an order blocking popular file-sharing sites might benefit stakeholders across the entertainment industry, an order blocking a specific counterfeit website may pose little or no benefit to the vast majority of retail brands forming a trade association. Indeed, the efforts of retail and anti-counterfeiting trade organisations have focused on more universally applicable solutions, such as consumer education and interrupting electronic payments to counterfeiters.

In short, blocking orders may not yet be popular in the retail space because, for the price tag, brands want more long-term protection for their marks, not just a short-term fix that does not significantly impact the proliferation of counterfeit sites.

However, if brand owners such as Cartier continue to seek such orders and can demonstrate their effectiveness in stemming the tide of counterfeiters, more retail brands may look to take such legal action in the fight against counterfeiters.

Marc Rachman is a partner at Davis & Gilbert. He can be contacted at: mrachman@dglaw.com

Michael Silver is an associate at Davis & Gilbert. He can be contacted at: msilver@dglaw.com