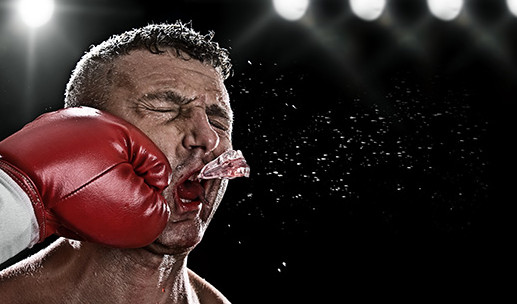 Research suggests that seven out of ten of the most shared ‘World Cup’ adverts were for brands with no official relationship with the competition. So is the campaign against ambush marketing lost, at least when it comes to digital media? And what might that mean for the Glasgow Commonwealth Games? Dan Smith investigates.

The tweet suggesting footballer Luis Suarez take a bite out of some Nando’s chicken. Activia and Shakira’s ‘La La La (Brazil 2014)’ collaboration on YouTube. The video of Brazil player Neymar listening to music through Beats by Dre headphones.

Sponsors spent millions for the right to promote themselves alongside the World Cup in Brazil. But think of the digital media content put out by brands during the tournament and it’s not necessarily FIFA’s official partners that come to mind. Whether poking fun at the players, flying the flag or being pilloried for questionable tweets, non-sponsors were at the forefront.

Research from Unruly Media suggests that seven out of ten of the most shared ‘World Cup’ adverts were for brands with no official relationship with the competition. And yet, we have heard little (so far) of FIFA’s enforcement action. In fact, in many territories it was straightforward for marketers to join the conversation without infringing FIFA or its official partners’ rights.

What are the implications for the Commonwealth Games in Glasgow, which last from July 23 to August 3?

The 2010 World Cup in South Africa had its iconic ambush marketing moment: the group of women in orange, Bavaria Beer mini-dresses being ejected from Johannesburg’s Soccer City stadium. In 2014, it seemed a safe bet that the main battleground would be social media, and certainly brands were quick to exploit the opportunity. But we didn’t see a digital equivalent to the swift, ruthless and well-publicised action that FIFA took against the Bavaria Beer promotion team.

Some limited steps were taken and publicised—for example, FIFA approached Twitter with takedown notices after users infringed its copyright by using the World Cup logo as their avatars. It may also be the case that cease-and-desist letters were sent, but any news has not leaked. But there was little to seriously deter non-sponsors’ digital marketing teams. Why?

A key issue for FIFA is that outside of certain specific jurisdictions (such as Brazil), it is forced to rely on its trademark and other IP rights (and related rights in passing off or unfair competition) in order to crack down on unauthorised associations with the World Cup. In the UK and Europe, FIFA seeks to maximise the protection afforded to its official sponsors by maintaining a long list of trademark registrations, including ‘World Cup’, ‘FIFA World Cup’, ‘World Cup 2014’, ‘Brazil 2014’, the Brazil World Cup logo, etc.

But it is relatively easy to avoid using a registered trademark, or misrepresenting an official partnership, while still creating an indirect link to an event—brands can promote generic football content or a relationship with a particular player or team, allowing the public to join the dots.

Real-time marketing through digital media presents even more opportunities. There is no need to use a registered trademark, such as ‘FIFA World Cup’, in a social media post about Suarez biting another player. Since Twitter and Facebook were awash with comment on that incident, it would also have been difficult for FIFA to argue that a brand, purely by joining in with that conversation, was misrepresenting any kind of official partnership.

As a condition of hosting the tournament, Brazil implemented specific legal controls on unauthorised associations with the World Cup, but elsewhere sponsors and non-sponsors were, in effect, operating on a near-level playing field when it came to their digital marketing. Non-sponsors may even have had the advantage, given that they did not need to work through any of FIFA’s approval processes. What cut through the chatter on Suarez or Germany’s 7–1 thrashing of Brazil were the most timely and the funniest reactions, not necessarily the ‘official’ comments.

Even when non-sponsor brands did appear to overstep the mark, perhaps through an unwise choice of hashtag, such as ‘#worldcup2014’, they did not seem to suffer any adverse consequences as a result. In social media, then, this year’s World Cup felt like a watershed for ambush marketers.

Non-sponsors may well have been inspired by the success of their World Cup campaigns to try something similar with the Glasgow Commonwealth Games. However, in the UK any brand looking to secure a marketing boost from an unofficial association will need to bear in mind the additional weapons the Games’ organisers have in their armoury.

"it is hard to imagine that the Commonwealth Games organisers will allow commercial entities to freely adopt a registered trademark, such as ‘Glasgow 2014’, as a social media hashtag."

Like FIFA in Brazil, but unlike FIFA in the UK and Europe, the Commonwealth Games organising committee can rely on legislation that provides special protections for the event. These protections extend significantly beyond those provided by the usual IP rights. For example, the ‘Glasgow Commonwealth Games association right’ prevents anyone from creating, in the course of business, an unauthorised association with the Glasgow Commonwealth Games. This right, and the other protections afforded to Glasgow 2014 (including restrictions on advertising in the vicinity of venues and ticketing offences), are modelled very closely on the protections put in place for the London 2012 Olympic Games.

Guidance suggests that certain combinations of the words ‘Games’, ‘2014’, ‘Glasgow’, ‘medals’, ‘sponsors’, ‘gold’, ‘silver’ and ‘bronze’ are likely to amount to an association that infringes the association right. However, this is not an exhaustive list and it is easy to imagine the organisers looking to take enforcement action against a much broader range of associations—references to Commonwealth Games events and athletes are likely to be particularly risky. Where brands have an endorsement relationship with an athlete, they will also be affected by restrictions in the athlete’s entry conditions. These prevent athletes from allowing the use of their images and names for commercial purposes during the Games, without permission.

Of course, Glasgow 2014 and its sponsors do not have exclusive rights to Scottishness or sport. And experience suggests that creative marketers will find a way to work round the rules. After all, non-sponsors were able to secure marketing benefits from the London Olympic Games despite the near identical restrictions, by developing generic British or sporting themes or drawing in the Queen’s Diamond Jubilee for a summer-long appeal to national pride.

What is certain, however, is that there is a need for care in putting together campaigns inspired by Glasgow 2014 and marketers should expect the freedoms they may have enjoyed with the World Cup, in social media in particular, to be curtailed. Real-time marketing focusing on a particular Commonwealth Games moment is likely to be significantly riskier—the organisers may well allege that a comment on a particular result or event amounts to an unauthorised association.

Non-sponsor brands will need to brief their digital marketing teams and agencies accordingly—it is all too easy to imagine an ill-thought out tweet (or retweet) undermining an otherwise carefully managed marketing strategy. Brands that fail to take the necessary precautions may find the ‘friendly Games’ is not quite so friendly after all.

A battle too far?

It would be dangerous to conclude that major event organisers have given up the fight when it comes to ambush marketing in social media. Certainly the prevalence of digital ‘World Cup’ campaigns from non-sponsors based outside Brazil does not necessarily provide clear pointers for host countries with event-specific legislation in place (such as the UK in relation to Glasgow 2014).

Event organisers have, in the past, shown a willingness to crack down on brand activity in social media. For example, when Zippo noticed the Winter Olympic torch being re-lit with a Zippo lighter and promoted a photo of the moment on its Facebook page, with the comment “Zippo saves the Olympics”, the International Olympic Committee was quick to come down hard. Similarly, it is hard to imagine that the Commonwealth Games organisers will allow commercial entities to freely adopt a registered trademark, such as ‘Glasgow 2014’, as a social media hashtag.

So the battle is not lost, but there is a question mark over organisers’ will, and resources, to deal with the sheer volume of ambush marketing issues that can arise in a social media context. In practice, they will not be able to act against every problematic Twitter or Facebook post. For that reason, official sponsors cannot assume that the field will be entirely clear for their marketing. To succeed, they need to draw on the exclusive content they can access via official channels, and to ensure rapid turnarounds for approvals, to create the most striking and timely digital campaigns.

If they don’t they may find, despite their investment, that it’s their competitors who make it to the top of the virtual podium.

Dan Smith is director and head of advertising and marketing law at Wragge Lawrence Graham & Co. He can be contacted at: dan.smith@wragge-law.com or on Twitter at @AdLawUK.