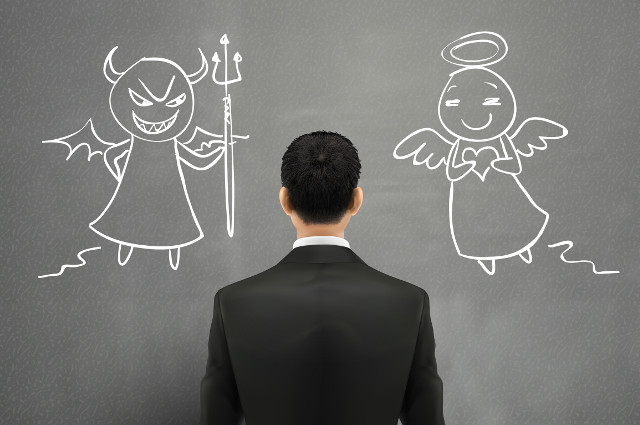 It is impossible to win the battle against illicit online traders, so raising public awareness is essential. In the UK, the Anti-Counterfeiting Group, which represents more than 140 multi-nationals, offers a variety of services to help fight fakes. Phil Lewis, of the ACG, reports.

In the UK alone, online retail sales will reach more than £52 billion ($79.95 billion) by the end of 2015, according to the Centre for Retail Research.

This is more than 15% of all retail sales made in the UK and means that, on average, UK consumers will spend £1,174 online in 2015, making us the most regular online shoppers in Europe.

Nowadays, virtually every conceivable type of product can be bought and sold through the internet.

However, consumers are not the only ones to recognise its value and potential and in this ever-expanding environment of opportunity, the sale of counterfeit goods has risen exponentially.

Many actually refer to counterfeiting as intellectual property theft; others simply regard it as fraud. But, whatever definition is used, one thing is clear: the criminals involved not only make money out of the inventiveness and hard work of our creators, designers and inventors, they also deprive them of their just rewards, destroy jobs, deny much-needed tax revenue to finance public services and, in a growing number of cases, threaten the health and safety of consumers and our communities.

Counterfeiters are resourceful and they love the internet. They love the access it gives to suppliers, transporters, businesses buyers and consumers across the world and, even more, they love the anonymity it offers. Operating behind sophisticated-looking sales sites, they use fake trademarks, brands and emblems and bogus certification labels to entice customers into thinking they are buying genuine, safe, products.

Unfortunately, the reality is quite different as the fakers end up shipping us nothing more than shoddy, substandard and, increasingly, dangerous goods.

As far back as 2009, the Organisation for Economic Cooperation and Development (OECD) reported that the global trade in fake goods was as high as $250 billion.

The OECD also highlighted why this figure was likely to rise, as counterfeiters increased their use of the internet to peddle fakes. It predicted that the internet would:

•  Make it easier for counterfeiters to conceal their true identities and lower the risk of detection;

•  Enable counterfeiters to establish enticing sales sites and then quickly take them down or move to markets where enforcement is perceived to be weaker;

•  Provide opportunities for criminals to develop vast numbers of illicit e-commerce sites and listings and make it very difficult to find and take action against them;

•  Allow sellers to reach a huge global audience at a low cost, 24 hours a day; and

•  Make software and images widely available to make it easy for counterfeiters to create ‘clone’ websites that look identical to legitimate online stores and sales platforms.

The OECD’s predictions have come true, and online shopping has allowed fakers to diversify even further. No longer is there a need to ship fakes in massive containers and run the risk of detection by enforcement authorities. By transporting and delivering millions of fakes, in small packages, directly to consumers’ homes, counterfeiters have concealed and speeded up the process plus reduced the threat of losing huge shipping consignments.

So, just like legitimate businesses, counterfeiting criminals have found a way to reduce their business costs and risks by simply shifting the way they get their goods to the end user, away from traditional markets and shops.

Many of the online sites that counterfeiters build are impressive. They often appear to be UK or EU-based companies selling original products at discounted prices. However, many are actually based in China or Russia and are run by extremely well organised networks of criminals.

The European Commission reported that in 2013 more than 83% of fakes detained at EUborders originated in China and Hong Kong, which indicates the major source of the problem.

The criminals involved are also astute and very determined. Recently, they’ve turned their attention towards the use of social media.

Using multiple auction sites, platforms and social media groups such as Facebook, they gain users’ confidence using images of genuine goods, fake labels and packaging, and prices that are close to those being charged for the real products.

This latest ploy is once again used to deceive buyers into believing they are getting a bargain. However, the end result is that they often end up receiving cheap ‘tat’ and sometimes having their identities stolen and their bank accounts infiltrated.

Unfortunately, more and more consumers and businesses are still buying these products.

A 2013 study by the UK Intellectual Property Office reported that, every month, around seven million UK residents visit websites and platforms offering illegal content. So it’s no surprise that foreign criminals are increasingly targeting the UK and that the UK’s Police Intellectual Property Crime Unit has removed more than 2,500 websites selling fake luxury goods from the internet since the start of 2015.

In terms of scope, counterfeiting has grown much wider than trashy fashion, sportswear, handbags and watches. Everything from fake medicines, electrical goods, and car airbags are now being sold over the internet and many put consumers’ health and safety at risk.

“Counterfeiting criminals have found a way to reduce their business costs and risks by simply shifting the way they get their goods to the end user.”

A clear indication of the change appears in the EU customs report produced by the European Commission in 2014, which confirmed that more than 25% of all fakes detained at EU borders would be potentially dangerous to the health and safety of consumers (compared to 12.7% in 2012).

National and international enforcement agencies such as the World Customs Organization, Europol and Interpol, regularly report evidence about the emergence of dangerous counterfeits, which threaten consumers across the world.

The reality is that counterfeiters have no care for end users. Their sole drive is to make profits by cutting corners. Today, this means a total disregard for the safety of the consumers who buy their insidious products.

Interpol has claimed that the dangers associated with counterfeiting are clear and definite. It has previously estimated that false medicines alone cause more than one million deaths around the world every year and that 30% of medicines sold online are fake. This threat extends to toys, contact lenses, cosmetics and even food.

Earlier this year a record £16 million worth of counterfeit and unlicensed medicines was seized in raids across the UK. This included six million illegally supplied products, including slimming pills and fake condoms. The haul was part of an international operation coordinated by Interpol and the Medicines and Healthcare Products Regulatory Agency, which resulted in the seizure of more than £51 million worth of articles from 115 different countries.

Enforcers believe that while these strikes have been impressive, they merely hint at the global situation we now face.

But this crime wave doesn’t just affect the countries on the receiving end of shipments.

Local economies, jobs and lives are also destroyed. The same people driving the manufacture and shipment of fake handbags and watches are also involved in causing misery for local people who are habitually forced to work in wretched conditions. Many of these are children under ten years of age who are often bonded or simply taken from their families.

In fact, Europol has now identified clear links between organised criminals who, due to the ever-increasing value of counterfeiting, smuggle migrants across borders just to sell counterfeit products in our streets and unlicensed markets.

Despite the continuing work of enforcement authorities, it is impossible to regulate and completely police the internet and the illicit traders that continually offer consumers endless choices. Raising greater public awareness is paramount.

In the UK, the Anti-Counterfeiting Group (ACG) is working closely with all business sectors, government agencies, enforcers and other trade associations to build more understanding about the harm caused by counterfeiting and is also working to develop more effective responses on the ground by helping to drive intelligence exchanges and closer collaboration.

The ACG’s intelligence coordinator plays a vital role in all of this work, helping members to collect, develop and package intelligence which can be used by enforcers to prevent, disrupt and carry out operations against criminal counterfeiters. The ACG also spends its time and resources on helping to train enforcers on how to identify fakes.

Giving enforcers the tools and skills is vital in identifying and preventing counterfeit goods hitting the market. The ACG is very involved in this work, holding regular roadshows and training events at which enforcers can meet brand owners, develop relationships and gain advice on how to identify fakes.

In the end it will be impossible to win this battle by enforcement alone. It is essential that third world countriestake more responsibility and that people become more aware that counterfeiting acts as a vital fundraiser for crime and is endangering lives on a day-to-day basis.

The only reason for organised crime’s involvement is to make a profit.

Counterfeiting fuels corruption, destroys legal businesses and jobs, and damages crucial public finances. But more than this it places consumers and our communities at a growing risk and brings criminals closer to our doors.

Phil Lewis is strategy adviser at the Anti-Counterfeiting Group. He can be contacted at: phil.lewis@a-cg.com