Anti-counterfeiting: the buck stops at ISPs 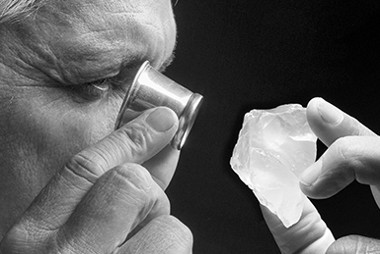 In a landmark decision, Cartier has become the first company to obtain a UK injunction against ISPs based on trademark infringement grounds. TBO reports.

Luxury jeweller Cartier might be best known for its watches, but it has now pushed the boundaries in the world of online trademark rights. Following its success in obtaining an injunction directly against seven websites selling counterfeit goods last year, the jeweller turned in a separate case to the UK’s five major internet service providers (ISPs)—Virgin, TalkTalk, BT, EE and BSkyB—in an attempt to stop the sale of counterfeit goods at six web addresses.

Richemont, the parent company of Cartier, filed a trademark infringement suit against the ISPs over the sites, which allegedly sold counterfeit Cartier goods and used its logo without permission. In October 2014, Mr Justice Arnold at the English High Court ruled in favour of Richemont and ordered the ISPs to stop their customers from accessing the websites.

Cartier was the first company to obtain a UK injunction against ISPs based on trademark infringement grounds, which is perhaps strange given that, according to the City of London police, the sale of counterfeit goods online is increasing. Although the case was the first of its kind, the seeds of the decision can be found in the numerous injunctions successfully filed by film companies to stop ISPs from providing access to websites hosting pirated content.

For Darren Meale, supervising associate at law firm Simmons & Simmons, the ruling is “analogous” to the raft of copyright infringement cases that have occurred since 2010.

Meale cites the specific provision in section 97a of the Copyright, Designs and Patents Act introduced in 2003. It states that “the High Court shall have the power to grant an injunction against a service provider where that service provider has actual knowledge of another person using their service to infringe copyright”.

It is for this reason that copyright owners have had the confidence to file for injunctions against ISPs. Meale says: “We had the first one of those back in 2010 and it was a group of film studios that did it. After that we were seeing application after application, some in groups. There was one application that went after 20 sites.”

He cites the Motion Picture Association of America v Newzbin dispute as an example, where the association claimed the site was hosting pirated content. In 2011, Arnold rejected Newzbin’s defence that not all of its material was infringing, and instructed BT and other ISPs to cut access to the website.

Meale says: “All of the websites that have been targeted have always been very clear infringers. There were arguments in the first case with Newzbin, which did try and argue that its content was legitimate. It wasn’t. Only 1 or 2% was legitimate.”

The legal grounding for obtaining similar injunctions on the basis of trademark infringement has actually been present since the introduction of the EU Directive on the enforcement of IP rights, in 2004. Under article 11, “judicial authorities may issue against the infringer an injunction aimed at prohibiting the continuation of infringement”. While the directive does not discriminate between copyright and trademarks, only copyright owners have been emboldened to target ISPs in the UK.

Meale explains why: “Although there was a similar power for all IP rights in the enforcement directive, it was never implemented into English laws. Parliament never put in a specific provision for an injunction against trademark-infringing websites.”

He notes the peculiarity of distinguishing between copyright and trademarks. “We got to the point where we had this background of the copyright regime being developed. Laws are slightly different, with different origins and a different back story about how they came about, but they are targeted at essentially the same idea,” he says.

After the Cartier ruling, in which Arnold based his decision on article 11, a spokesman for the company said it was a “logical extension of the law”.

Jeremy Blum, partner at law firm Bristows, agrees and cites the L’Oréal v eBay ruling in 2011. In the case, L’Oréal filed for an injunction to stop the sale of unauthorised goods on eBay’s website. In 2011, the Court Justice of the EU (CJEU) ruled that eBay was responsible for the sale of trademark infringing goods on its platform. The parties later settled, with eBay agreeing to remove the disputed items.

Blum says: “The CJEU there gave some guidance on the circumstances of those types of intermediary injunctions. L’Oréal and eBay settled and didn’t need to go to the English High Court for interpretation.

"Laws targeting copyright infringement online have so far not extended to trademark infringement despite the principles behind such protection being essentially the same."

“In that period there were cases in the copyright context, but there were no trademark cases in that period based on article 11 with an injunction against intermediaries. The Cartier case was the first one, so the extension is correct. The law existed already in article 11 of the directive, but it hadn’t been applied in the UK,” he adds.

Following the ruling the ISPs said the case raises “important and untested legal issues, including whether ISPs should be ordered to block websites which sell trademark-infringing goods”.

The ruling provided clarity on the role of online intermediaries in the sale of counterfeit goods. But brand owners will still be required to monitor the abuse of trademarks, even if they have been given an additional tool for protecting their rights.

Blum says: “At the moment, I think there will be a period of uncertainty and it will be in relation to the extent and scope of the blocking. I envision that lots of brand owners will follow suit, but whether it is always through the courts is something that might not be eventually necessary.

“I do think there will be a relationship being built between brands and ISPs. It will be about dialogue really and it will be about the positions both parties take. It will come down to the proportionality of the blocking,” he adds.

Arnold’s judgment anticipates this. Blum and Meale have both identified the injunction’s flexibility over which sites are targeted in an effort to avoid ISPs and brand owners returning to court. The ruling says that brand owners can update the list of sites allegedly infringing their trademarks and make requests to the ISPs to prevent access.

It means the parties do not have to keep returning to the courtroom, and are able to avoid the “floodgates” of more injunctions which, Meale notes, was a big concern for the ISPs involved.

He says: “There are so many counterfeit sites and there are now blocks for copyright and trademarks. There is a possibility that the ISPs could be subject to lots of blocking requests ... but I don’t think this is a big deal because counterfeit websites will just pop up and go away and come back in different forms.

“It is the judge showing some caution that he does not want to open a complete floodgate,” he adds.

This is also targeted at the perpetual whack-a-mole scenario brand owners have to contend with where people set up a new website once one has been blocked.

“There is a mechanism built in,” says Blum, “whereby the brand owner can update the list of websites that are being blocked by an ISP. The intention of this is to prevent circumvention, so with counterfeit websites they are quite clear that they are nimble and if they are taken down they will just start a mirror website address.”

At the heart of the case is the peculiar distinction made by UK law between trademarks and copyright. Laws targeting copyright infringement online have so far not extended to trademark infringement despite the principles behind such protection being essentially the same. For Meale and Blum, Cartier’s victory has addressed that gap and may set the tone for a statutory law pertaining to trademark infringement online in the future. Certainly what they both expect to see is further challenges, both in the UK and across Europe, made to the existing legal framework.

The onus remains on the brand owner to seek out websites infringing its trademark, but both ISPs and trademark owners are responsible for building a dialogue. The precedent, therefore, is arguably not for more court room battles but for new relationships between brand owners and ISPs.