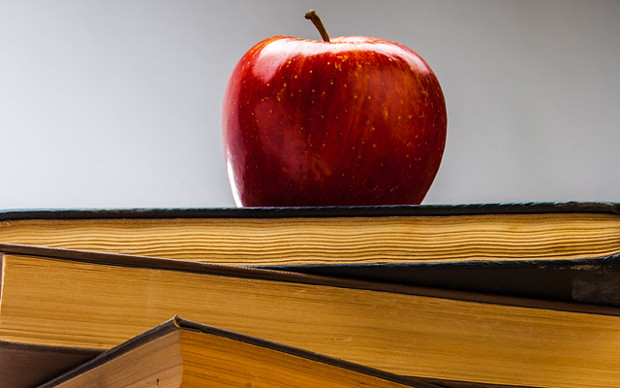 With only one non-tech company in Brand Finance’s 2014 top 10 valuable brands list, today’s winners are the ones that have monetised a good idea and reached customers speedily. TBO reports.

There’s no escaping from smartphones. Everywhere you look, someone is glued to one and, more often than not, it carries the name Apple or Samsung. It comes as no surprise, therefore, to learn that these technology heavyweights have the two most valuable names on the planet. According to Brand Finance, which released its annual list of the world’s 500 most valuable brands in February, Apple leads the way, being worth nearly $105 billion, followed by its South Korean rival on $79 billion.

Alongside the two warring smartphone rivals, other tech firms dominate the rankings. Google and Microsoft take the next two spots, ensuring the top four are unchanged from last year, while telecoms company Verizon comes fifth, leaping five places since the previous report. Walmart is the only non-tech brand to cement itself in the top 10, but its impressive showing masks a slide down the table in recent years.

“Once the world’s most valuable brand, Walmart now sits in ninth place, having been overtaken by Amazon,” says David Haigh, chief executive of Brand Finance. “The usurpation of the world’s biggest retail brand by the biggest online retailer represents yet another coup for tech brands over ‘real world’ businesses.”

"Ferrari inspires more than just brand loyalty, it’s more of a cultish, even quasi-religious, devotion. Its brand power is indisputable."

Brand Finance evaluates a brand by using standard ISO10668, which first requires the company to conduct an audit of legal rights to establish whether it is strong or weak.

“We look at each major sector in the world; we go to all the major stock markets and pull down all the companies in the individual sectors, so we have a long list of businesses in each particular sector,” says Haigh.

“We then get equity analysts’ data on each of them, allowing us to see the financial forecasts for each company in that particular sector, and we look into their financials and try to understand what proportion of turnover goes against a particular brand.

“Coca-Cola, for example, has a very high turnover but only about 25 to 30 percent of that is actually under the Coca-Cola brand. So when we value it we split the revenue and attribute only the revenue for Coca-Cola itself to that valuation,” he says.

The third and final step involves using a ‘royalty relief’ method, which determines the royalties a company would have to pay in order to license its brand if it did not own it.

“You say ‘here is the royalty I avoid paying because I own the brand, but if I didn’t own the brand and I had to license it I would be paying five per cent of my turnover and the net present value of that against my future model’,” says Haigh.

The latest rankings make interesting reading—being near the bottom doesn’t necessarily suggest a brand is down in the dumps. Take Ferrari, sitting in 350th place but which is described as the ‘most powerful’ brand of the 500, based on a range of measures including desirability, loyalty, consumer sentiment and visual identity.

“The prancing horse on a yellow badge is instantly recognisable the world over, even where paved roads have yet to reach. In its home country [Italy] and among its many admirers worldwide, Ferrari inspires more than just brand loyalty, it’s more of a cultish, even quasi-religious, devotion. Its brand power is indisputable,” says Haigh.

Overall, banking ($633.1 billion), technology ($615.8 billion) and telecoms ($500.1 billion) are the most valuable industry sectors, according to the report, while the US scores the highest rating of any country—nearly $2 trillion.

Analysis of this year’s rankings suggests that Apple impressed consumers in 2013 but that it should be looking carefully over its shoulder.

“I thought Apple was teetering on the brink of falling last year,” says Haigh. “There were all these questions about its product range and pricing, but they have managed to arrange distribution to China and, as a result, they seem to be getting favourable views from the analysts who predict their future revenues. The net result is that their predicted revenues are still strong and the predicted value of their brand has increased, so we increased the value from $87 billion to $104 billion.

“Meanwhile, Samsung has jumped from $55 billion to about $80 billion, so it is growing faster than Apple,” he says.

Apple and Samsung epitomise the dominance of tech brands, a dominance Haigh attributes to “getting distribution and customers so fast”.

“If you’ve got a clever idea and you can deliver it, it gets big quickly. And these are not naive businesses run by kids any more—they have worked out how to monetise them. Facebook, in particular, has countered its critics by demonstrating it knows how to monetise. Some people are saying Facebook is becoming a tired old brand, but it has been able to make money out of the mobile space, which has played well with investors.”

The report might make interesting reading, but why and for whom is it useful?

“It is useful for branding and marketing people to demonstrate the scale of the asset owned by their company,” argues Haigh. “It is also extremely useful to tax people. We do a lot of work on transfer pricing, because obviously if you move a brand from the US to Switzerland you have to demonstrate to the tax authorities that the value you have sold it at is a fair price. We have been helping many major corporations to set their capital value for transfers and ensure that the royalty rate is fair.”

Asked whether the report has any limitations, Haigh refers to the difficulty of valuing brands.

“Our primary competitors won’t tell you their algorithms, so there is a great deal of cynicism from a lot of potential buyers who don’t understand where they get their numbers from. The ISO standard make it clear that it has to be an open standard, and as far as we’re concerned that is fine because we sell ourselves on our expertise, not on some secret methodology,” he says.

Along with Brand Finance, the other major players in the brand valuation world are Interbrand and Millward Brown. The difference between Brand Finance and its competitors, claims Haigh, is that they compile only top 100 rankings and that “primarily, they are in the business of selling something else”.

Looking towards next year’s report, Haigh expects some changes in the rankings, and potentially a new leader.

“There has been an upsurge in cars, surprisingly, particularly at the luxury end, largely because of demand in China.

“One of the big things will be the tussle between Apple and Samsung, and it would not surprise me if Samsung were to overhaul Apple in the coming year,” he says.