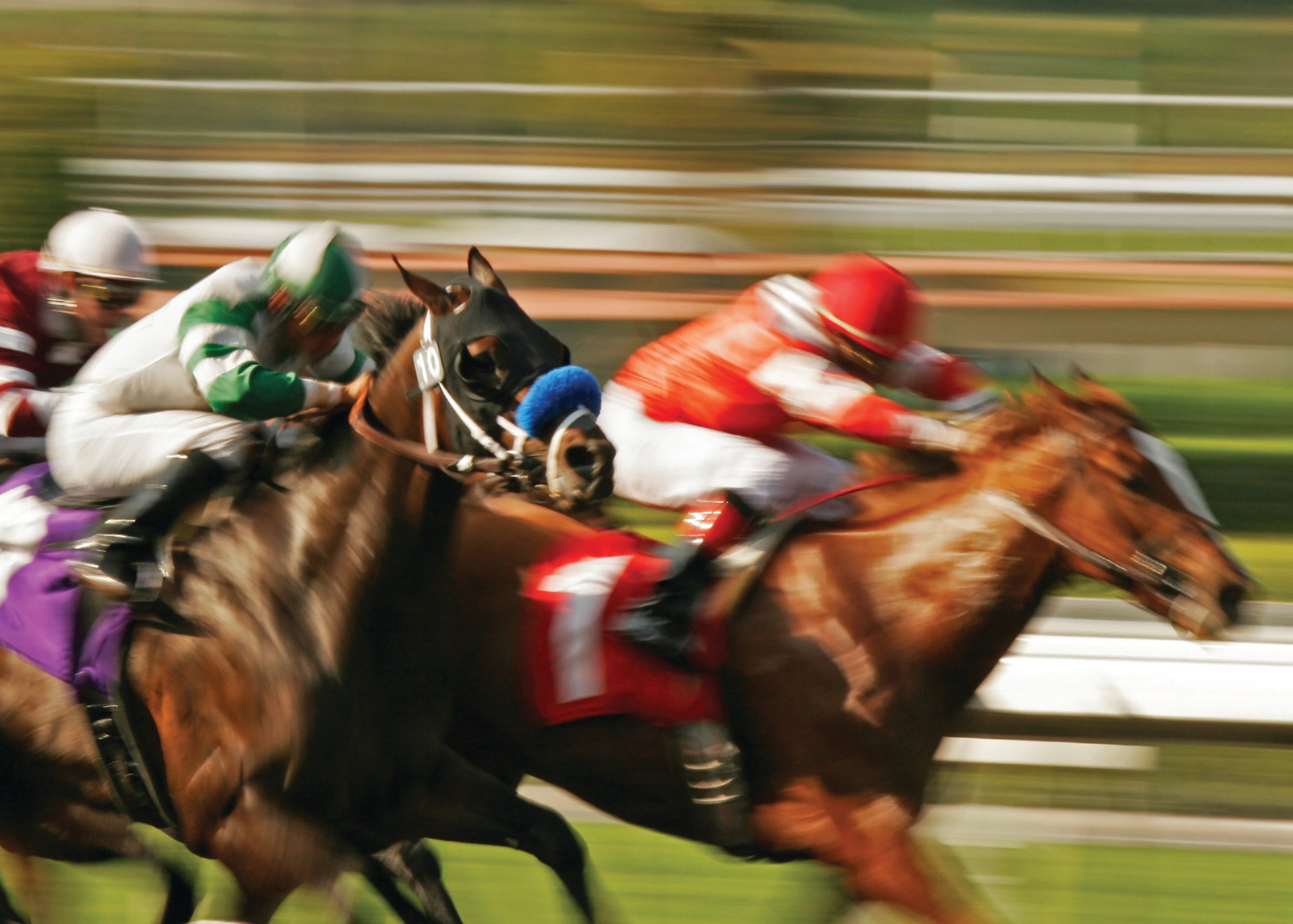 TB&I spoke to ICANN chief operating officer Akram Atallah about the timeline for new gTLDs and what still needs to be done.

What exactly does your role entail?

I’m the chief operating officer (COO) and I have the responsibility of implementing the new generic top-level domains (gTLD) programme. I have a team that is running the implementation of the programme. We’re moving towards putting the registry services (an existing team) and a new gTLD team as well as registrar support and customer support all in one team which reports to me.

The rationale is that the new gTLD programme is going to be active for about a year, or maybe longer, from now. About 1,500 registries are going to move from application to actual registries that have to be supported—the idea is that the team that’s doing the new gTLD programme will move to support the registries and registrars over that period. We want to transition them from applicant support to registry and registrar support.

There have been some changes to the schedule from initial estimates of early 2013 to launch the first new registries. What’s the current position?

When we decided on early 2013, it was because we were going to process batches of 500 applications—we were going to have four batches, or something like that. That didn’t work out well—we went through a period of not knowing how to do it all, and whether we would release the whole thing at the end.

Now we’ve decided to do a draw to put the applications in order and we’ll try to get them out in this order. The first batch will come out in March, finishing off everything by the end of June. The initial evaluation results will be announced during that period. That doesn’t mean they can go live directly because there are other steps once they’ve passed the initial evaluation.

If there are no complications and no objections they can move towards contracting, and if theyto the contract as is then they can move very quickly into delegation. But we will not actually let anyone go to delegation until after the Beijing ICANN meeting in April 2013.

The reason for that is that we want to hear from the Government Advisory Committee and give them a chance to provide advice, if they feel there is a need to, on any application. They promised they would do that shortly after Beijing. So we’ll wait for that and then release those to delegation. The first half of next year is a good target for the first ones to go live.

Some people have complained that the draw will cost an extra $100. Are you concerned about the costs attached to the draw, given that applicants have already paid a large sum to get this far?

Not really—$100 should not be a problem for somebody that wants to have a new gTLD. If that’s a problem, then I wonder if a gTLD is appropriate for them. If they can’t afford that, then the costs of running the registry are going to be a problem.

The fee is a requirement of the rules. In order to do the raffle, we have to charge. There is a rule within the California gambling regulations that makes lotteries illegal. We have obtained an exception, but that means that every applicant has to buy a ticket and that money has to go to a charitable cause. We haven’t finalised it, but there will be a few causes that we will allow them to choose from.

Many people are still concerned about IP protection under the new system. Are you satisfied that the Trademark Clearinghouse will provide robust protection?*

It took seven years of discussion to get to where we are today. The model is all about compromise for everybody. I’m sure that nobody’s getting really what they want but everybody had to compromise to get to where we are. Can we do more for IP protection? Of course there’s more we can do, but at the same time, there’s more that we can do for liberty and freedom of choice. So there are a lot of issues that are involved and we have to do a balancing act so that everybody’s happy.

"We've done a lot of mitigation on cybersquatting. The fact that we're opening up the space provides a lot more opportunity for people to get exactly the names they want."

We arrived at the Trademark Clearinghouse agreement, and for now I’m very happy with that. As for will the community or the entire environment say that we need to go further—I think the community is happy with the status quo. If there are needs, the model is always open for consideration of new issues.

There are possibilities to do more, and I have no doubt ICANN’s Intellectual Property Constituency (IPC) will push for that and bring the other stakeholders to the table to discuss those.

Will the Clearinghouse actually save users any money, or is it an increased cost?

It’s not for me to judge that. The IP community settled on this. They are the ones who wanted it. I think it will provide a good warning system that eliminates a lot of mistakes that people could make. Is that going to stop somebody who wants to do something illegal? Probably not. It’s not an enforcement type of application. It’s more of a notification system that tells people about marks behind something you are trying to register. If you’re an honest business person, you’re going to avoid registering that, because you don’t want to be in disputes with rights holders. If you’re doing something illegal then I don’t think that will make a difference, but at least it puts everybody on notice that this is protected.

Are you less likely to get cybersquatters on the new gTLDs, given the costs involved?

We’ve done a lot of mitigation on cybersquatting. The fact that we’re opening up the space provides a lot more opportunity for people to get exactly the names they want. There should be fewer issues than on .com, for example.

One third of the application fees is going into a ‘war chest’ to deal with litigation and other issues down the line. Do you have any sense of what kinds of level of disputes you’ll be facing and does that money have any other purpose?

We call that the risk fund. Risk could come in many different ways, but the highest costs are likely to belitigation. This is something that we don’t know right now. We will know perhaps a few years from now. We have some TLDs that we’ve been dealing with for years, since they were granted, and we’re still dealing with them.

So it’s very hard to tell when we will feel confident. It’s only common sense that after the programme is done and we’ve decided on all the applications, every year that passes after that, should become more predictable. Right now it’s too early to give a target on that.

Where is the money now?

Our goal is to preserve capital to spend on the new gTLD costs. We put it in three different bank accounts that are 100 percent insured. If this insurance doesn’t get extended it will expire at the end of this calendar year, and we’re looking at ways to manage it better and to reduce the risk by breaking it up into multiple funds, or similar.

I do not condone it or reject it. There is no mechanism in the application process that prevents them from doing that, but from my perspective it’s their decision to make.

Given the possible importance of firstmover advantage, do you have a plan for when the second round of new applications will begin?

We haven’t set a target, but in the applicant guidebook there is a period of assessment of the current round provided for. Once that is done and everything looks positive, we will start on the second round. We have learned from everything that has been done in this round. We don’t expect there will be drastic changes, so it won’t be very difficult to redo what we have done. Once we agree that the first round is positive and we need to open it up for a second round, it will be shortly after.

Are you happy with the Uniform Rapid Suspension System (URS) process as currently envisaged?

I think we’re working with the community on this. The URS as it was set up actually came out to be a very expensive proposition. The idea was that it should be less costly than the Uniform Domain- Name Dispute-Resolution Policy (UDRP), but once it was defined it came out nearly as expensive as the UDRP.

We’re working with the community on getting a subset of things that have to be done in order to make the URS more affordable, and if these conditions aren’t met then you can go into the UDRPprocess and leverage out what you spend on the URS to the UDRP, so you’re not paying twice.

Some people have suggested that in the long term, ICANN won’t have the capacity, expertise or neutrality to continue in its role. How do you see its role developing?

I think that Fadi Chehadé, the CEO, has set out a plan for the next three years on what we want to do, starting from operational excellence to improving our engagement with everybody involved in the Internet. There has been a lot of emphasis on this.

We are on our way to take ICANN to the next level. Any time you take a look at an organisation, it will be set up at the right level to meet the needs of today—it will not be much bigger or much more capable than it needs to be, otherwise it would not be efficient.

In the future, as the demand for our services grows and our capabilities are challenged, we will meet that challenge and we’ve proven that over the last 13 years we’ve been in business. It’s actually just some naysayers saying that ICANN cannot do this. It has demonstrated that it has met all the challenges put in front of it so far.

* This interview was conducted before recent developments on the Trademark Clearinghouse.