Are you protected? The Trademark Clearinghouse 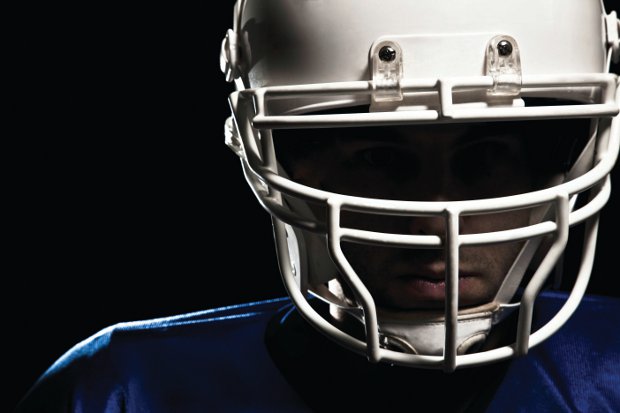 Under its new generic top-level domain programme, ICANN has set up the Trademark Clearinghouse to help assuage the concerns of trademark owners. Petter Rindforth takes a look at what the Clearinghouse will offer.

Under its new generic top-level domain programme, ICANN has set up the Trademark Clearinghouse to help assuage the concerns of trademark owners. Petter Rindforth takes a look at what the Clearinghouse will offer.

The most recent ICANN public meetings were held in Prague in June and Toronto in October, 2012. Th e work on the implementation model for all new top-level domains (TLDs) proceeded, and once up and running it will include some signifi cant new rights protection mechanisms for trademark owners that are not available in the current space.

One of those is the Trademark Clearinghouse, described as a single database of authenticated registered word trademarks that will provide data to support trademark claims and sunrise services. The Clearinghouse will be operated by a third party under licence or agreement with ICANN and is intended to replace the need for trademark owners to register in multiple databases as the new generic TLDs (gTLDs) are launched.

All new gTLD operators are required to use the Clearinghouse to support their pre-launch or initial launch period rights protection mechanisms (RPMs). Th ese RPMs, at a minimum, must consist of a trademark claims service and a sunrise process. The data will have to be renewed periodically by any mark holder wishing to remain in the Clearinghouse.

Trademark owners who file claims with the Clearinghouse will also receive notice whenevera domain name identical to their mark is registered during the launch of a new TLD.

It should defi nitely be used by all word trademark owners, but they should also be aware that the Clearinghouse does not remove cost or prevent typosquatting. Inclusion in the Clearinghouse is not proof of any right, nor does it create any legal rights as such.

The Clearinghouse database will be structured to report to registries when registrants are attempting to register a domain name that is considered an ‘identical match’ with the trademark in the Clearinghouse, meaning that the domain name consists of the complete and identical textual elements of the mark.

Some trademarks entitled to inclusion in the Clearinghouse include characters that are impermissible as domain names in the domain name system (DNS), such as colours, punctuation and design elements.

The Clearinghouse will change certain such characters in a trademark into DNSpermissible equivalent characters, for the mandatory trademark claims and sunrise services.

For example, the commercial at (@) and the ampersand (&) symbols can be omitted, replaced by a hyphen, or replaced by the canonical translation of the word ‘at’ or ‘and’in any offi cial language of the jurisdiction from which the trademark right is protected and verified.

Any other impermissible character can be omitted or replaced by a hyphen. Trademark owners will have the ability to select which of the permissible variations are to be used by the Clearinghouse for sunrise and trademark claims services.

ICANN’s explanation is that the hyphen is a DNS-permissible character and therefore ineligible to be translated into some other value for the purposes of an identical match. Further, ‘TRADEMARK Protection’ will not be considered identical to plural versions such as ‘trademarkprotections.domain’.

Sunrise and proof of use

In order to combat infringement, all new TLD operators are obliged to conduct sunrise periods, giving trademark owners an opportunity to register trademarks as domain names before a given TLD goes live. Eligible participants willinclude registered trademark owners providing proof of use. If you wish to exclude your mark/s from all new TLDs, you will have to participate in each new sunrise period.

Although registration as such is enough to have a trademark entered into the Clearinghouse, proof of use is required to qualify for participation in the sunrise domain name registration processes.

ICANN has stated that “the true sourceidentifying function of a trademark does not exist if the mark is not used”, and the proof of use is intended to ensure that all registered trademarks receiving the same type of advantage from a particular RPM are evaluated at the same level.

The submission for verification of proof of use contains two elements:

• A signed declaration of use; and

• A single sample of current use, such as labels, tags, product manuals, press releases, or social media marketing.

Simple email messages, licence agreements and business cards will not be accepted as proof of use, as such documents are regarded as only proving preparation to use.All Clearinghouse records will require an annual renewal, but the proof of use (if filed) will have to be updated only every fifth year.

A preliminary cost model was announced in June, 2012, suggesting that trademark owners would be able to submit a trademark to the Clearinghouse for $150 per mark. This is not necessarily final.

In time for this year’s ICANN meeting in Toronto, a group of registrars, registry operators and backend registry service providers jointly proposed two models for the mandatory new gTLD sunrise period and trademark claims service that differ from ICANN’s, including “a proposed model that simplifies the ICANN model by decreasing the coupling between the Trademark Clearinghouse and registries”.

In addition, trademark owners and legal practitioners want to see a more efficient protection of domain variants that are obviously trying to take advantage of famous trademarks by adding an ‘s’ or a word describing the goods/ services connected to a specific trademark.

The Clearinghouse is not yet a fully ‘clear house’, but it is hoped that it will at least provide some basic protection and decrease the need to use thesunrise registration to protect a trademark in all the new TLDs.

Petter Rindforth is the senior partner of Fenix Legal KB, Sweden. He can be contacted at: petter.rindforth@fenixlegal.eu