Avoiding time-wasting at the UDRP 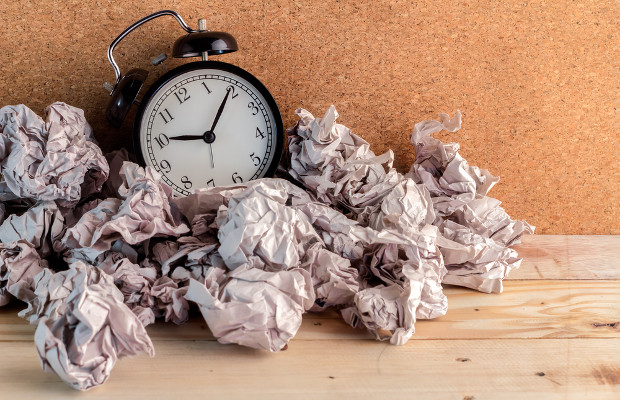 To get the best results from the UDRP, don’t underestimate the need to follow the process properly, says Steve Levy of FairWinds Partners.

The Uniform Dispute Resolution Policy (UDRP) was created more than 16 years ago as a low-cost, speedy, and more efficient alternative to full-blown court litigation to address rather clear-cut cases of cybersquatting.

In exchange for these benefits, the UDRP does away with what are, perhaps, the most time-consuming and expensive aspects of litigation, such as discovery, witness testimony, cross-examination, motion practice, and live hearings. As the UDRP is a stripped-down, bare-bones, and highly focused dispute process, cases are decided only on the basis of the written documents submitted by each side. This means that pleadings and evidence must be prepared very carefully and in a focused manner to make the most convincing case right at the start.

As a panellist for two UDRP providers and an avid reader of decisions issued by other panels, I see quite a range of complaint styles. Some are very well prepared, succinct, and efficient in supporting their arguments with just the right evidence.

Others, perhaps for fear of the lack of flexible pleading opportunities, are prepared ‘kitchen sink’ style, where arguments and case citations go on for pages and submitted evidence includes every single trademark registration that the complainant owns across the globe.

Finally, there are UDRP complaints that are filed as if the complainant were filling out a form for a driver’s licence—boxes are checked, arguments and evidence are slim, and, sometimes, essential items are missing altogether.

It’s this last category that I’d like to discuss here, since poorly-filed complaints do more than make the brand owner look foolish. They can waste the time of respondents, registrars, panellists, and others and undermine the very foundation of the UDRP.

Many of these complaints are filed pro se, that is, by the brand owner itself, without use of a lawyer. In some cases the complainant is a very small company that can’t afford to hire counsel, but in others it’s a brand owner simply trying to avoid legal expenses by having an in-house marketing or advertising specialist prepare the case.

Of perhaps most concern are those complaints that are actually filed by legal counsel—in rare cases even by experienced trademark litigation firms—who either underestimate the UDRP process or push the work down to a junior associate.

In many of these cases, panels have found the complainant guilty of reverse domain name hijacking, which means they found that the complaint was brought in bad faith or otherwise completely lacked any merit.

A common scenario is where a company is unsuccessful in negotiating the purchase of an otherwise legitimate domain so it files a UDRP complaint hoping to use it as leverage in the negotiations. Although lacking in formal penalties, reverse hijacking never looks good for the losing brand owner or law firm and it can, at least in theory, have consequences for future complaints that might be filed by that brand owner.

By way of example, a recent case (Cyberbit v Kieran Ambrose) was denied on several grounds even though the complaint was filed by counsel and the respondent defaulted by failing to submit any plea at all.

First of all, the original complaint failed to state any arguments addressing whether the accused domain name was registered or used in bad faith. Even after the panel graciously alerted the complainant’s counsel to this fact and offered it a second chance to get it right, only minimal, and conclusory statements were submitted.

Second, the complaint argued that the domain was registered in bad faith despite the fact that it was created many years before the complainant’s trademark even existed (this is a topic of some dispute, but the majority of panellists take the position that if a brand didn’t exist at the time a domain was originally registered, it’s impossible for a respondent to have copied the non-existent brand in bad faith).

“Some cases appear as if they could have been won but for the simple lack of a single piece of evidence that was easily available for inclusion by the complainant.”

Finally, the respondent had actually owned a business whose name contained the accused domain name, strongly suggesting that it had a legitimate interest in the domain. In a scathing admonition of the complainant’s counsel, the panel characterised its handling of the case as “culpably reckless” and found it guilty of reverse hijacking, since “the deficiencies must have been obvious to anyone remotely familiar with the UDRP”.

Other cases are less obvious, such as one (Qatar Airways v Domain Admin / Ram Nekkanti, Intelev) in which a complainant (again, represented by counsel) claimed that its arguably descriptive trademark was “internationally well-known”, yet submitted only a few pieces of evidence showing use of the mark. The panel held that there was “no evidence showing that the complainant’s trademark had achieved any degree of fame” at the time the accused domain was created or that the respondent had registered it for any purpose other than its descriptive value. However, since at least some evidence was provided, the panel declined to find that the complainant had engaged in reverse hijacking.

Finally, some cases appear as if they could have been won but for the simple lack of a single piece of evidence that was easily available for inclusion by the complainant. In a case (Chris Pearson v Domain Admin / Automattic) involving the domain thesis.com, the complainant, a seller of computer software under the brand ‘Thesis’ claimed that the respondent had registered the domain with the bad faith intent of targeting its trademark.

The panel found in the complainant’s favour the first two of the three UDRP elements. However, when it came to bad faith registration and use, the panel noted that “complainant did not include an exhibit showing that thesis.com redirects to a webpage owned by respondent” so there was no evidence of how the domain was being used (in bad faith or otherwise).

This failure seems especially unfortunate for the complainant since the panel went so far as to mention that it “does not adopt respondent’s contention that the thesis.com domain name is composed entirely of a common term that has many meanings apart from use in complainant’s ‘Thesis’ mark.” Had the complainant consulted with an attorney who is experienced in UDRP practice, it seems likely that this case would have gone the other way.

Compounding the harm from filing a poorly conceived complaint is the fact that a brand owner typically doesn’t get a second bite at the cherry. Before a panel will accept a re-filed UDRP case, it will consider whether it contains credible and material evidence which could not have been reasonably foreseen or known at the time of the first case.

Simply neglecting to include evidence that was readily available or that could have been reasonably foreseen won’t meet this standard, so a failed complainant’s only legal avenue may be commencing litigation in an appropriate court—the very process that the UDRP was designed to help trademark owners avoid.

The takeaways from these cases are quite clear: Don’t underestimate the UDRP by thinking that a successful complaint can be prepared with a fill-in-the-blanks approach. While it is certainly not as complex as court-based litigation, this is an established, transnational policy with more than 15 years’ worth of authoritative decisions.

There are different panellist views on certain important issues, reflecting the nuance and depth embodied in this highly focused and specialised vehicle. As such, brand owners are well advised to consult only counsel who have a depth of experience with the UDRP and who can construct a convincing and well-supported complaint (or advise when a complaint may not be warranted).

Steven Levy is a senior advisor at FairWinds Partners. He can be contacted at: steve.levy@fairwindspartners.com