Best year yet for ‘dot brands’ 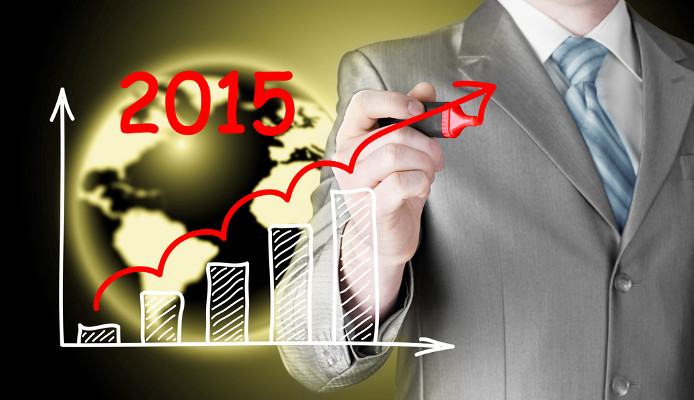 Many more noteworthy brands across different industries have introduced their new domain name extensions in the past year. Samantha Demetriou of FairWinds Partners reports.

This year, ICANN’s new generic top-level domain (gTLD) programme—the initiative to expand the internet’s addressing system from .com, .org, .net and others to virtually ‘dot anything’—entered its fourth year of operation after launching in early 2012.

Each year so far has had its hallmarks: 2012 was the year of the new gTLD application period and the start of the complex evaluation process. 2013 saw the first new gTLDs delegate into the root zone and become part of the internet. In 2014 many open, generic-term gTLDs hit the market and established themselves. And this year, 2015, ‘dot brands’ really put themselves on the map.

While a handful of innovative first-mover companies launched their ‘dot brand’ gTLDs in 2014, it was in 2015 that many more noteworthy brands across different industries introduced their new extensions. In the technology industry, leaders such as Apple, Oracle and Microsoft joined the likes of Google in delegating their new gTLDs. In the luxury goods sector, Gucci, Chanel, Hermès, Chloé, and others added ‘dot brands’ to the internet’s ecosystem.

Banking and financial services companies continued to demonstrate their early adoption of this new technology when Barclays, BBVA, HSBC, and UBS joined companies such as BNP Paribas and AXA in launching new gTLDs. Finally, automobile companies, which comprised a large portion of brand applicants, joined the scene with companies such as Toyota, Hyundai, Jaguar, Land Rover, Bentley and others delegating their ‘dot brands’.

While many brands activated their new gTLDs this year, some pushed the envelope much further than others in terms of using new extensions to host unique content or to support larger marketing campaigns.

Across the globe, European and Asian brands are generally leading North American brands in terms of using the new gTLDs. For example, French company BNP Paribas has developed extensive content in .BNPParibas and is actively using new gTLD domains in adverts across various media forms, including print adverts in newspapers and visual adverts in airports.

“James Bond fans who navigated to AssistMoneyPenny.Sony discovered an interactive website where they could help Miss Moneypenny track down spies in advance of the release of ‘Spectre’.”

By comparison, very few North American brand owners are making a splash with their new gTLDs. Some North American brands and brands with a strong North American presence are opting instead to test their gTLDs in foreign markets. For example, Samsung introduced Play.Samsung which, despite its English domain name, hosts all-Korean content. Insurance company AIG has begun testing out its new .AIG by featuring the domain name TuMoto.AIG (translation: “your motorcycle”) in television advertisements in Mexico and Colombia.

One explanation for this trend and the disparity between North American companies and those in other parts of the world could be the historic dominance of .com in the US.

Given how closely .com is often associated with corporations’ online presence in the US, it may be the case that companies are hesitant to push new gTLDs to US audiences for fear of potentially confusing consumers.

Not all North American brands are holding back. Some of the most innovative uses of ‘dot brands’ are coming from an unexpected place: regulated industries.

In the pharmaceutical industry, Abbott, the maker of products such as Similac, Ensure, and PediaSure, has launched the domain LifeToTheFullest.Abbott and made it the hub of its “Life to the Fullest” marketing campaign that supports the company’s broader rebranding efforts.

Within the financial services sector, companies such as Barclays and BNP Paribas are going a step further and laying the groundwork to transfer their main sites over to new gTLDs. One reason for this is to emphasise security—customers can trust that any domain ending in the brand’s gTLD is owned by that company and that company alone, something of paramount importance to banks and other financial institutions.

Another sector using new gTLDs to appeal directly to consumers is the entertainment industry and, particularly, film.

This year, moviegoers who watched the trailer for the last instalment of the Hunger Games franchise, “Hunger Games: Mockingjay Part 2”, were invited to visit HungerGames.movie. James Bond fans who navigated to AssistMoneyPenny.Sony discovered an interactive website where they could help Miss Moneypenny track down spies in advance of the release of “Spectre”, the latest film in the James Bond series.

Overall, 2015 marked a major turning point for brand owners that participated in the new gTLD programme. Not only did many push through the final stages of the process to delegate new strings, but a good number of companies also began wading into the waters of using these new digital assets to achieve various business goals.

Now that we are entering 2016, what is next for ‘dot brand’ gTLD owners? One possibility is that we will see more widespread new gTLD use among companies that are major advertisers, including automotive and retail companies, especially luxury brands.

Many of these companies will be poised to use their gTLDs early in the new year and so will have a free rein to begin driving customers to new gTLD domains in their advertising.

Regardless of industry, however, nearly all remaining ‘dot brand’ gTLD applicants will have to delegate by late July 2016 at the latest, poising them to be able to use a new domain before the year is out.

Given the timing, advertisements during next year’s holiday shopping season may feature a lot more gTLD domains than we have seen before.

Samantha Demetriou is the vice president, consulting and digital strategy, at FairWinds Partners. She can be contacted at: samantha.demetriou@fairwindspartners.com