Blurring the lines: IP in a virtual world 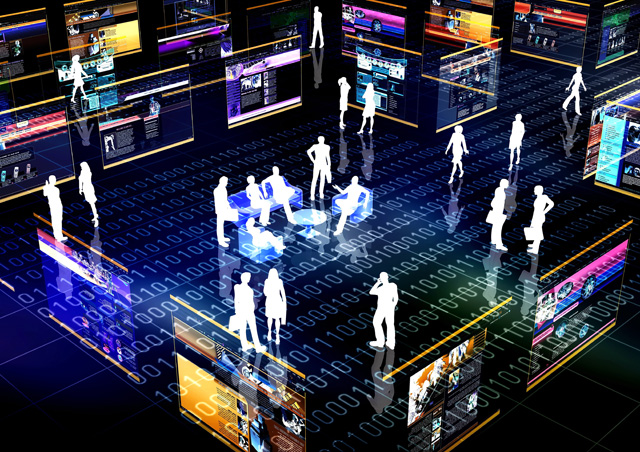 With the line between reality and online games becoming ever more fluid, new intellectual property challenges present themselves, as TB&I discovers.

SackBoy is apparently the cutest ‘burlap chap’ you have ever seen. He can be turned into a dashing hero, made to ride a wooden horse with fluffy ears or used as part of a mind-boggling puzzle game. LittleBigPlanet, the video game on which SackBoy features, encourages players to upload their “brilliant creations to the PlayStation Network and share them around the world”.

This is where customisation is the name of the game, where players are encouraged to create their own content. There are many similar games, some allowing players to create avatars (alter egos) that embark on dangerous adventures, others enabling users to design a champion wrestler or exchange virtual goods with other traders.

These games, while aimed at lovers of fantasy, pose some difficult IP-related questions in reality. Should a player or a publisher claim ownership of user-generated content? Who is to blame for infringing third party rights? Is the current law adequate to deal with complex disputes in this area?

Susan Kayser, partner at law firm Jones Day, says the user-generated environment is absolutely fascinating. For Kayser, it is clear that the publisher of virtual content can choose terms of service that allow users to ‘own’ virtual content they create.

But, she says, the game owner could use these terms of service to enforce its rights, saying any content created on the game is solely for the purpose of the game. In effect, while the user may ‘own’ the content, that ownership cannot be transferred beyond the barriers of the game.

“The publisher would probably say ‘you, the creator, would be giving us a licence back to use whatever you create in connection with our game,’” she says.

For publishers, however, this approach could be a flimsy one if the terms of service do not set clear limits on the rights granted to users.

“If you want to walk into court and say ‘we have this licence’, that’s a hard argument to make if you’re allowing people to create content without a clear agreement as to what ‘ownership’ means,” Kayser says.

Ed Komen, partner at Sheppard Mullin Richter & Hampton LLP, says that while game publishers can try to regulate potential ownership battles with their terms of use agreements, nobody knows how a challenge to ownership would play out in court.

“Here you are talking about maybe hundreds of thousands of people creating their copyrighted works and adding them to the game-playing universe. When somebody adds something to one of these online role-playing games that might be copyrightable, are they contributinga separate work or are we engaging in a jointly authored work, in which, in theory, everyone will be able to claim some rights?

“I don’t think anybody has the answers.”

There is virtually no case law in this area, making the ownership question a tricky one to answer. But, says Komen, there may be a simple answer to explain the lack of litigious behaviour, a theory which may continue to hold weight in the future.

“Most game players are not concerned about copyright. They just want to play the game, not create content, and don’t want to be bothered by copyright and trademark lawyers. And those making the games hope people stay within certain general boundaries; if they do, a lot of the questions raised stay academic.”

There may be nothing for game makers to worry about.

This may be sound theory, but video games publishers are increasingly encouraging users to become more creative and visionary, allowing them to push the limits of what it means to ‘play’ a game. The virtual world is fast-evolving, so who is to say that more and more avatars won’t step out of the virtual world, attempt to monetise their brands in the real one and even challenge a publisher in court?

While the answers remain hard to come by, in the meantime one option for publishers, says Mark Radcliffe, partner at law firm DLA Piper, is to think thoroughly about how they structureagreements with users and how the modifications interact with the game itself.

At the same time, such strong agreements strike to the heart of another major IP issue facing publishers whose games include user-generated content: what happens when content infringes third party rights?

In the US, there are three types of secondary liability (other than for direct infringement)— contributory, vicarious and inducement—which publishers can incur for copyright infringement. Each type of liability could arise for a publisher, says Radcliffe, but claims are most likely to be asserted when platforms are “leveraged to make money”.

Fortunately, US law has provided the Digital Millennium Copyright Act (DMCA), which affords certain safe harbours to online service providers (which some games publishers can be classed as) facing liability for copyright infringement. Falling into this safety net often depends, however, on showing that you strive to take down any infringing content when notified about it.

“It is cheap and effective insurance for games platforms to have notice and takedown procedures from the DMCA listed on their website and, more importantly, to make sure they have the capability to remove infringing activity,” Radcliffe says.

“If you can’t take things down, over time you’re going to run into unhappy copyright owners who are going to sue you.

“By and large however, copyright owners are more worried about ending the infringement than extracting their pound of flesh unless they believe you are building your business on infringement,” he adds.

Dave Anderson, counsel at Edwards Wildman Palmer LLP, says the DMCA provides “pretty good protection against copyright infringement claims arising from user-generated content”, adding that while there is no DMCA equivalent in US trademark law, takedown notices can also be used in trademark disputes.

Anderson, who previously worked at games publisher THQ, adds: “Game publishers will generally pull things down if there is a takedown request. I haven’t seen anyone really press the trademark issue and sue a publisher or site where the users are generating the content. It seems as though sites are relying on the DMCA even though it really applies only to copyright law.”

But there have been a number of cases,says Komen, where trademarks have been incorporated into games but have been cleared of infringement. For example, publishers Rock Star Videos and Electronic Arts have both survived allegations of trademark infringement in separate cases decided in 2008 and 2011, respectively.

“Just because you have copied a trademark doesn’t necessarily give rise to liability, unless you have created a likelihood of confusion or tarnished a famous mark,” he says.

For the most part, the DMCA acts as a solid barrier against third party infringement of both trademarks and copyright. Perhaps its scope is less clear, however, when people create content on a game before uploading and sharing it online, much in the same way that LittleBigPlanet players are encouraged to do.

“This is a little more grey because if you are aware of these characters being shared and don’t do anything, then potentially there is exposure to infringement claims,” Anderson says.

There is at least one piece of case law giving guidance on this area. In the 1998 Micro Star v FormGen case, a US court initially cleared Micro Star of infringing FormGen’s copyright after it had repackaged user-generated content from Duke Nukem, published by FormGen, and sold it to consumers under a different name. The appeals court saw things differently, however, and found that Micro Star’s commercial activities had in fact infringed FormGen’s copyright.

The implications of this case, along with the few other cases covering user-generated content, are hard to apply more generally.

“This really is a new area,” says Kayser. “There are a lot of little pieces out there, but no case has put them all together yet.”

This lack of clarity is exacerbated by the cold truth that the law simply cannot keep up with technology that evolves at such lightning pace. In the US, and in most other countries, the statute was not built for disputes over virtual characters or brands created on an advanced gaming platform, and until Congress or the Supreme Court makes some dramatic changes, the courts will continue to be constrained by an ageing law.

We will have to wait for a case that puts together all the pieces. Until then, publishers might be wise to implement stringent terms andconditions governing the use of content as well as complaints about that use.

In the meantime, the user-generated world continues to provide food for thought. ‘Never 30’ is just one example. Born in Second Life, the 3D gaming world in which avatars trade virtual property, it went on to transcend fantasy. In 2007, ‘Never 30’ was registered as a US trademark to protect anything from swimsuits to evening gowns in Class 25. There was no mention of computer services or software—the types of class one might associate with a virtual gaming platform.

‘Never 30’ shows that as the worlds of fantasy and reality continue to merge, questions about ownership, use and enforcement, among many others, will be harder to answer. For example, can use of ‘Never 30’ in a virtual world be enough to show use of that mark in the real world?

“If it were registered, the USPTO would be saying ‘yes’,” says Kayser. “But I think this is starting to stretch reality.”

As ‘Never 30’ shows, this is an intriguing debate and one in which more questions seem to be asked than answered. Who knows what the future holds?