Re-branding: be careful what you wish for 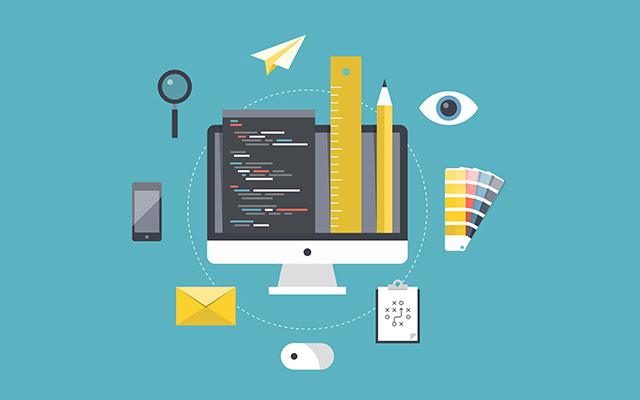 A fresh, contemporary online image is key to transitioning to the digital world, but sacrificing the original brand’s identity is highly risky, as Brett Heavner reports.

As retailers and other businesses continue to expand their online operations, it is not uncommon for them to need to update or adapt their original brands to this new web-based setting. Online businesses frequently think of their domain name as a sort of brand that may change over time, but in making these updates and changes, brand owners should be careful not to jeopardise the rights they have in their current brands.

Under traditional US trademark principles, a business’s right to its brand is established by the date on which it was first used in US commerce. The business that first uses a brand has ‘priority’ over all subsequent uses of the same or similar brand (or subsequent applicants to register a trademark for the same or similar brands at the US Patent and Trademark Office). In light of the ever-present need for businesses to appear ‘modern’, US law permits brand owners to modify their marks in limited circumstances without losing priority.

Specifically, priority is maintained whenever

(a) The old brand and the new brand are legally equivalent;

(b) They are indistinguishable such that consumers consider both as the same mark; or

(c) They create the same continuing commercial impressions such that the later mark does not materially differ from the earlier mark.

On January 21, 2015, the US Supreme Court issued its decision in Hana Financial v Hana Bank, which provided guidance on the procedures that US courts should follow in deciding tacking issues. That case revolved around which business had prior rights to the brand Hana in the financial services industry. In 1994, a Korean financial institution called Hana Bank began using the brands Hana Overseas Korean Club (in English) and Hana Bank (in Korean) on US advertising targeting Korean expatriates. A year later, in 1995, a California company began using the name Hana Financial for a competing financial service. The Korean institution did not begin using Hana Bank in English until 2002.

In 2007, the California-based company sued the Korean company at the US District Court for the Central District of California, citing trademark infringement. After a trial, the jury found in favour of the Korean Hana Bank on the grounds that it could tack its 1995 use of the ‘Hana’-formative marks, which included ‘Hana Bank’ in Korean, onto its 2002 use of ‘Hana Bank’ in English.

"The Supreme Court simply held that whenever infringement liability was being tried before a jury, the question of tacking was appropriately left for a jury to decide."

The Supreme Court disagreed with the California company’s argument, instead holding that the tacking analysis actually required a highly fact-specific comparison of trademarks and therefore was appropriate for a jury to decide (as are all factual questions). Questions concerning consumer understanding of the evolving brand in question are central to the tacking analysis and are more sensibly questions of fact best left to juries.

To the extent that juries’ analysis involves a legal articulation of what the tacking test is, this requirement can be addressed by having the judge use carefully worded jury instructions. Since there was no objection to the jury instructions used by the lower court in the Hana case, the Supreme Court found no problem with the jury’s tacking decision and affirmed the lower court’s decision.

The Hana decision does not prevent a judge from deciding a question of tacking in all cases. It remains appropriate for a judge to decide the tacking issue where the parties had agreed to a bench trial or where the case is appropriate for summary judgment. The Supreme Court simply held that whenever infringement liability was being tried before a jury, the question of tacking was appropriately left for a jury to decide along with other factual questions, such as likelihood of confusion. This decision is unsurprising given the Supreme Court’s past rulings, reflecting confidence in civil juries and scepticism of arguments that juries are incapable of deciding complex questions.

So, what does the Hana decision mean for online businesses and their brands? Online businesses must keep in mind that a jury of ordinary members of the public, and not a highly educated judge, will make the decision on whether the updated brand is a continuation of the original brand’s priority or is a new brand without priority.

Therefore, significant changes that are not obviously tied to the original incarnation of the brand may lead a jury to reject a tacking argument. While a judge may accept technical arguments pointing out abstract, attenuated or academic references in the new brand that tack onto the old one, such references may be lost on a jury of ordinary uneducated consumers.

Adapting older brands to an online setting must be done very carefully, with an emphasis on subtle gradual changes rather than dramatic, jarring ones, if the original brand’s priority date is to be salvaged.

Successful tacking between updated and original brands always maintains a very obvious progression from the original brand to the updated version.

In contrast, even where the new brand obviously builds on or is a continuation of an earlier brand, that will not necessarily be sufficient to preserve the original priority date. Significant changes in wording or a drawing (including moving from a cartoon style to a more abstract look for a logo) can doom a tacking argument.

In conclusion, while a business may wish to project a new image once it fully embraces an online presence, it must be careful in adapting its brand so as not to introduce a change so significant that a jury would fail to perceive this new brand as the same as or not materially different from the original brand. Although a fresh, fully modern online image is key to transitioning to an online world, sacrificing the priority of the original brand is a highly risky endeavour and may open the door to loss of trademark rights.

In such cases, the online business may find that instead of merely modernising its original brand, it has in fact abandoned that brand for a new one and has lost priority to a competitor that adopted a confusingly similar name subsequent to the original brand but earlier than the modernisation. The key will be having both legal and marketing guidance while developing any new online brand.

Brett Heavner specialises in trademark and unfair competition law, with a particular emphasis on trademark infringement, counterfeiting, and false advertising litigation. He has appeared before US district courts, the Trademark Trial and Appeal Board, and the US Court of Appeals for the Federal Circuit. He can be contacted at: b.brett.heavner@finnegan.com