Brands in the palm of your hand 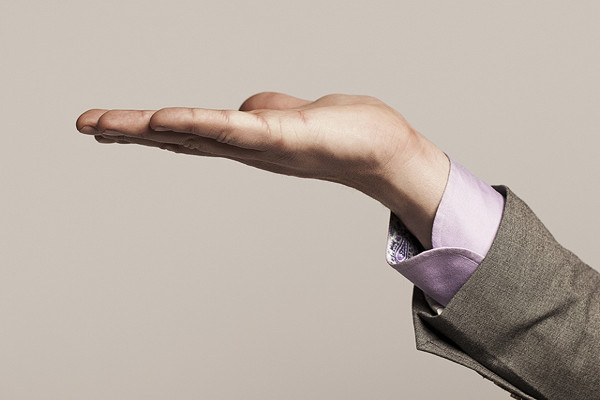 Domain names have never been as important as they are today, says Stuart Fuller of NetNames.

Despite what the media, your partners and your suppliers may tell you, the new generic top-level domain (gTLD) programme will alter the way we engage with customers in the digital world forever. There is no escaping the change that the programme will bring, and brand owners that do not engage with it will, at best, be at a severe competitive disadvantage. At worst, their reputation will be damaged. One thing we know from history is that customers will dictate how they interact with brands, and not vice versa.

We have to look only at the newest generation of internet users to realise that the engagement paradigm has shifted. Teenagers of today might give you a quizzical look if you mention the word ‘email’, and recently I had a debate with my 13-year-old daughter about what the letters ‘SMS’ mean.

Today it is all about Snapchat, WhatsApp and Facetime; social messaging is now taking over from social media. The ‘selfie’ shows a person’s network where they are, what they are doing and how they are feeling, all wrapped up in one simple image. To these youngsters, Twitter and Facebook are becoming as relevant to their lives as Ceefax was to more mature internet users. Younger consumers interact with brands in the palm of their hands, using apps on their smartphone rather than direct search functions.

"Who knows what a .cool, .hot, .ninja or a .expert gTLD could do for a brand? That is the beauty of the expansion of the web."

We live in a world where brands that innovate are lauded and are seen as challengers, but the domain name is still very much a child of the 1980s. In the same way, the components of a car have developed in leaps and bounds, but the key element—the driver—is still the same as it was 30, 40 or even 50 years ago. While companies such as Google are ready to prove that driverless technology is safe and the future, our collective cautious nature has prevented this next step taking place, just as the smartphone app, while convenient, will never replace the importance of the domain name.

That is one of the reasons why ICANN launched the new gTLD programme back in 2012: bringing the domain name into the 21st century for brand owners. Many organisations saw the opportunity that this evolution of the internet would bring, and invested cash and resources into business plans for the future. New gTLD registries sprung up in every corner of the globe, building business models, marketing plans and innovative ways to differentiate themselves.

And here lies the issue. Some gTLD registries have let the over-ambitious business model forecasts of expensive consultants go to their head. Registries need to understand that they are competing not just for the attention of potential customers, but also their cash.

Brand owners will not be able to register each and every new gTLD as they are released, so they need to make a choice, weighing up the opportunity cost of their decisions. Part of their decision-making process will be based on a defensive strategy, based to some degree on brand opportunities.

And then there is the opportunity to take a step into the unknown with some of the new gTLDs. Who knows what a .cool, .hot, .ninja or a .expert gTLD could do for a brand? That is the beauty of the expansion of the web.

While some aspects of the whole programme have been confusing or even mysterious since it was first announced more than three years ago, no-one can deny the opportunities it brings for a brand. These might include redefining its image, creating sector-specific websites or even grabbing some of the internet space that the unavailability of existing domain suffixes has prevented them from using. However, despite what they may say publicly, every registry that is launching a new gTLD is doing so for a return on its investment, or in many cases, its investor’s investment. Therefore, they need to make their product appealing to their customers, the registrars, who in turn will do the hard work to market it to brand owners and consumers. The success or failure of a business model can be as simple as that.

While the programme is still in its infancy, with just over 100 gTLDs available for public registration at the time of writing, we have already seen some ‘outside-in’ thinking from registries that want to impose stringent restrictions on registrars and registrants.

The most successful domain names so far may not be the most obvious, but they are ones that are free from restrictions. At the time of writing, the .guru gTLD has more than 14 percent of all new second-level registrations, while .tips, .today and .bike have all fared well in their first few weeks of general availability; others have struggled to get traction.

A number of gTLD registries are still planning on differentiating themselves based on the logic of the car rather than the driver. Complex registration criteria and confusing pricing models do not make registrars happy. If they aren’t happy they will not use their resources to promote and market the gTLD to their end customers, the brand owners and consumers.

Many companies rely on their registrar for sensible strategic advice, especially now, as new gTLDs are being released on a daily basis. If registrars aren’t on board, nor will brand owners be, in many cases.

The initial registrations for new gTLDs such as .guru and .photography have shown that there is an appetite for the new gTLD programme, with more than 30,000 .guru domains being registered in a 24-hour period. Both TLDs are simple to understand, both from a registrar and a registrant point of view, underlining that simplicity is the best policy. Many large brands have already registered their .guru domain, excited by the initial euphoria of the liberalisation of the domain name market.

The first geographic domain name—.berlin—went from zero to hero in just a few hours after launching publicly. In the words (well, almost) of Kevin Costner in the film Field of Dreams: “Build it, make it simple, and they will come”.

Stuart Fuller is director of commercial operations and communications at NetNames. He can be contacted at stuart.fuller@netnames.com