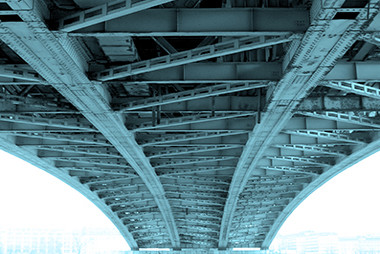 The wider access to smartphones of people in developing economies is going to cause a further explosion in the use of the internet, and brand owners—and ICANN—need to stay on the case, argues Ben Crawford of CentralNic.

The internet is being restructured in the most significant way since its inception. This is due to the proliferation of smartphones and broadband networks in the developing world, and to the introduction of new top-level domains (TLDs). These two factors represent significant new challenges to brand owners, but more than that they bring many new opportunities to use the internet to accelerate and bring more efficiency to penetrate global markets.

The recent and rapid connection of the population in the world’s developing countries to the internet is having a huge impact on it and on brands. Whereas previously the internet and its technologies were confined to those living in developed countries who had access to internet connectivity and devices, the advent of smartphones has enabled new swathes of the population to access the internet. For example, according to analytics company Comscore, mobile phones now account for 70.4% of internet traffic in Argentina.

This recent uptake has also been driven by the investment focus of technology companies led by governmental digital economy policies and by initiatives such as Facebook founder Mark Zuckerberg’s internet.org, which has brought together major global tech players into taking the internet to “the next five billion”.

Increasingly, instead of needing to spend a lot of money buying a computer, millions of people are able to acquire a smartphone for a fairly reasonable monthly subscription and become connected.

Of course, there is still a great deal of room for improvement in terms of connectivity—as of December 2013, 61% of the world’s population weren’t connected to the internet (according to internetworldstats.com). However, according to technology company Ericsson, by 2020 90% of the world’s population will have a mobile phone, with a total of six billion smartphones in use. This will perhaps be the biggest factor in the future growth of the internet, with flow-through effects for businesses, brands and domain names.

Brands are increasingly turning their focus on protection online and marketing to developing countries because of the huge risks but also the opportunities that exist there. According to global consultancy firm AT Kearney, China’s ecommerce market has grown 78% annually since 2006, and is due to reach $81 billion by 2018. But, as many brand owners know to their chagrin, China is also a source of counterfeit goods, trademark-abusing websites, spam, and other ills of the internet.

Indeed, wherever the internet develops, there are business opportunities for brands, but equally a need for brand protection.

Historically, global brands have looked largely to local country-code domains (ccTLDs) to protect and market their brands in local markets outside the US. While some companies such as Google currently use ccTLDs for their websites targeted at the relevant countries, most companies do not have a specific online offering for every country in the world, and so hold ccTLDs defensively, to protect their brand names—or, frequently, as the result of the domains being taken from cybersquatters.

While some ccTLDs have a record of excellence in ease of registration, technical security and abuse control, others—especially in the developing world—pose many problems for brand owners: high costs, local presence requirements, slow processes, unreliable technology, issues with cybersquatters and, in some instances, a propensity to being hacked. These have been contributing factors to many brands acquiring their own TLDs to give them end-to-end control over all the domains they use for their websites.

New TLDs for brands, known as .brand TLDs, provide the end-to-end security, stability and resiliency that many ccTLDs cannot. They also represent a new type of IP with exceptional characteristics that have made them compelling for corporations wishing to protect their brands globally.

Unlike trademarks, they are totally exclusive, across all categories and all territories. They are also ubiquitous: they are visible to anyone in the world who uses the internet.

More than 400 of the world’s leading brands have invested an estimated total of $140 million for the option to move away from domains ending in .com and the many ccTLDs, to their own .brand domains.

That expenditure is probably just the beginning of billions of dollars of investment in developing the corporate internet—a brand and consumer-safe zone where corporations can vouch for the content on a whole universe of websites, and consumers can be safe from the hackers, man-in-the-middle attackers, counterfeiters, phishers and fraudsters that plague the internet and once prompted Google chair Eric Schmidt to describe it as a “sewer”.

Now that the global elite of corporations have accepted the invitation to participate at the highest level of the domain name system, those companies can look forward to the day they can forget about having to surreptitiously acquire .com domain names before their new product names are leaked, or scrapping great new product names because ‘someone’s got the .com and they won’t sell for under a million’.

Consumers can also look forward to websites with simple, intuitive URLs such as iphone7.apple,

The haves and have-nots

The new ‘digital divide’ sets the main categories of global businesses between the haves and the have-nots of TLDs. Telefonica, Orange and STC have their own TLDs, but SingTel and Vodafone missed out. Disney, the BBC, CNN and MTV have TLDs, but NBC/Universal is not present among the applicants. Gucci, Chanel, Hermes and Polo have applied for TLDs, but not Prada or Burberry.

The internet platform giants are taking part in force. Google made 101 applications for new TLDs, Amazon 76, Microsoft 11, Yahoo two and Apple one. The reason for the disparity in the numbers is that Google and Amazon both applied for many generic terms as well as their .brands, initially in the hope of having exclusive rights to all domains that end with TLDs such as .book or .blog.

"One issue that weighs heavily in favour of rapidly kicking off a new round of TLDs is the under-representation of brands from outside Europe, Japan and the US."

The organisation responsible for TLDs, the Internet Corporation for Assigned Names and Numbers (ICANN), quashed the dream of using these TLDs as ‘closed generics’—dictionary term domain names withheld for the company’s own exclusive use. This led some companies to drop their applications but Google and Amazon have moved forward with a new business model, battling it out in the auction room for the exclusive right to sell domains ending in those words to all comers.

The missing player in all this is Facebook, which did not even apply for .facebook. One can only imagine that this was a strategic move to demonstrate one of Facebook’s key messages—that you do not need to have a domain name or indeed a website to have a web presence. Or rather that just one domain name is required to support billions of web presences—facebook.com.

The upshot of this new digital divide is that ICANN is under immense pressure to open a new round of TLDs. This pressure has come from corporations deeply discontented with a situation where others in their competitive set have rights to an online marketing and brand protection tool that they do not have.

These corporations—global tech companies, telecoms businesses, financial institutions, retailers, and so on—will not be assuaged by the response ‘you had your opportunity and elected not to take it’, or ‘you snooze, you lose’. Recriminations abound that ICANN’s global outreach in the first round was inadequate, and that consultants and advisers failed to communicate effectively to their clients.

One issue that weighs heavily in favour of rapidly kicking off a new round of TLDs is the under-representation of brands from outside Europe, Japan and the US among the new TLDs. Of course there were some forward-looking new TLD applicants from other regions: the Middle East attracted telecoms companies Saudi Telecom Company, Etisalat, Ooredoo, KFH, Mobily and others. Citic Group applied from China and Smart Communications from the Philippines. However, around 90% of the applications from corporations emanated from Europe, Japan and North America—a percentage clearly not reflective of the future of the global economy, nor of ICANN’s mission to serve the whole world equally.

For smaller businesses and enterprises that missed the first round of .brand TLDs, there are hundreds of industry-specific TLDs launching, such as .bar for bars, .tickets for ticketing businesses, and .college for educational institutions.

There are also new endings such as .nyc and .london that allow customers and search engines to tell what city a company is in. The actual cities and regions with their own domain names are somewhat random—there is a .moscow but no .beijing—so they cannot be used consistently for global marketing or protection. But brands may use them tactically, especially to support local retail presences.

There are also multiple generic, ccTLDs and other geographic domain names in scripts other than Latin: Chinese, Cyrillic, Arabic, and so on. These are clearly potentially useful to brands seeking a grass-roots following in countries using those scripts, with high take-up in Russia and China in particular.

With only a handful of .brand domain names launched to date, and only three million domains registered so far under the new gTLD programme, we are still at the very beginning of this new reorganisation of the internet. Similarly, internet access around the world is still at the early stages of the skyrocketing that will be led by four billion new smartphones coming into use over the next five years.

However, it is not too early for brands to start engaging with these dual challenges and opportunities—some of the most savvy enterprises in the world are already leading the way.

Ben Crawford is chief executive of domain name registry CentralNic. He can be contacted at: ben@centralnic.com