China: a new landscape on the horizon 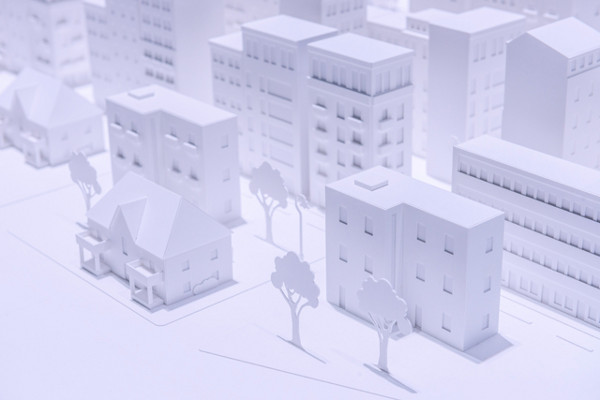 Candice Li and Joseph Simone explain some of the implications of the rise of online counterfeiting in China and the new Trademark Law on issues such as enforcement and bad faith registrations.

The trade in online counterfeit goods in China is perhaps the single biggest business concern for trademark owners there. As online trading continues to grow, the counterfeiting problem is likely only to rise. According to some estimates, global B2C e-commerce sales will reach more than $1.5 trillion in 2014. Growth is expected to come largely from the Asia Pacific region, especially China.

Although the Chinese civil courts have handled test cases in a positive manner, and Chinese police have allocated greater resources to deal with online infringement, the sheer number of counterfeiting cases outstrips the capacity of the civil or criminal justice system to bring the problem under control.

A number of other issues are worsening the problem, including fakes being offered prominently on standalone websites and B2C and B2B trade platforms, which offer a high degree of anonymity and increased mobility for infringers.

In China, as in other countries, there is a clear need for coordinated legislative, policy and enforcement initiatives that will offer cost-effective tools to deter counterfeiting. Areas for consideration include:

The State Council’s Office of the National Leading Group on the Fight Against IP Rights Infringement and Counterfeiting has initiated a research project to better understand the nature and scale of online counterfeiting. The Supreme People’s Court (SPC) is also drafting a new judicial interpretation to help civil courts deal with online counterfeiting cases.

Changes to China’s Trademark Law—which are set to come into force on May 1, 2014—will affect everything from registration to enforcement. Some developments are new, while others have clarified and codified existing practices, and may be more effective deterrents against infringement. Other changes appear to go half way, raising concerns over their implementation that are likely to be clarified only after testing in the courts.

The Trademark Law was adopted by the National People’s Congress (NPC) on August 30, 2013. At the time of writing, the State Council was working closely with the State Administration of Industry and Commerce (SAIC), the parent organisation of the China Trademark Office (CTMO), to draft implementing regulations (IRs) to the Trademark Law. In parallel, the SPC has been drafting judicial interpretations intended to help civil courts resolve questions left unanswered in the Trademark Law and the IRs.

Meanwhile, the SAIC issued a draft of a proposed revision to the Trademark Review and Adjudication Board (TRAB) rules, which govern the handling of cancellations, opposition appeals and application appeals by the TRAB. These rules are expected to be ready by May 1.

The revised Trademark Law and the draft IRs offer several obvious improvements over the existing law.

The revised law increases the maximum level of statutory damages six-fold, to RMB 3 million (about $500,000). Additionally, the burden of proof has shifted to the infringer, which must prove the level of its previous transactions. The new law also allows local AICs to impose administrative fines of up to 500 percent of the “illegal business amount” (turnover), an increase from 300 percent under the existing law. The new law does not impose minimum levels of compensation or fines, and leaves local AICs and courts with a fairly wide discretion to calculate both.

Other noteworthy improvements include a broadening of the circumstances under which equipment used to make counterfeit goods can be confiscated and destroyed. Whereas the existing law allows for destruction only where equipment was “exclusively” used to make infringing goods, the revised law allows for destruction where equipment has been “primarily” used for infringing purposes—thereby substantially eliminating a significant loophole in the law.

Furthermore, the new law covers landlords and internet service providers in the list of intermediary service providers that may be held liable for knowingly supporting infringement. The new provision is an indication of the Chinese government’s recognition of the problem of counterfeits sold online and their efforts to address this difficult issue.

The Trademark Law governs only civil and administrative enforcement of trademark rights. Criminal enforcement, which is a priority for many trademark owners, is dealt with only under the PRC Criminal Code. The NPC is said to be studying a revision of the Criminal Code, in part to address concerns over the thresholds for criminal conviction, which are between RMB 50,000 ($8,000) and RMB 150,000 ($24,000).

China has been traditionally regarded as a strict ‘first-to-file’ jurisdiction, but a new provision in the revised law would allow parties that have extensively used unregistered marks in China to continue using them within the same scope. This provision will be welcomed by many trademark owners that have not been able to register their marks for various reasons, although it remains unclear whether it will offer a loophole for bad faith infringers in certain situations.

One of the biggest frustrations for rights owners is trademark squatting. Although the new law requires all applications to be filed in good faith (via Article 7), it does not permit the filing of oppositions or cancellations based exclusively on that article. In effect, this requires victims to rely mainly on other provisions in the law, most of which remain in their old form.

Trademark owners are given some wiggle room in Article 15 of the new law, which allows oppositions and cancellations where it can be proved that there was some sort of “association” between the squatter and the victim brand. We hope that the term “association” will be defined broadly under future SPC judicial interpretations, as well as in practice, so that it is not necessary to show business ties between the victim and the squatter.

The revised law eliminates the right of opposing parties to appeal against CTMO decisions to the TRAB, instead requiring opposing parties to file fresh cancellations. This change has increased the level of concern among INTA members over the lack of clear and reliable criteria for stopping bad faith registrations. Without such clarification, squatters are likely to be able to obtain registrations much more quickly-perhaps within two years of filing, rather than as many as seven or eight under the existing law.

INTA’s members in China include a number of well-known brands such as Air China, Alibaba, China Telecom, Huawei and Tencent. INTA is dedicated to supporting trademarks and related IP in order to protect consumers and to promote fair and effective commerce.

INTA has memorandums of understanding and cooperation agreements with the China SAIC and the General Administration of Customs, and sends regular policy delegations to China to engage with members and the government. INTA, while a strong supporter of the improvements to the Trademark Law and the IRs, will continue to convey the challenges being faced by industry.

Candice Li is the external relations manager for anti-counterfeiting at INTA. She can be contacted at: cli@inta.org

Joseph Simone is director of SIPS Hong Kong/ Shanghai and serves on INTA’s Anticounterfeiting China Subcommittee. He can be contacted at: joesimone@sips.asia