Choppy waters ahead for streaming services 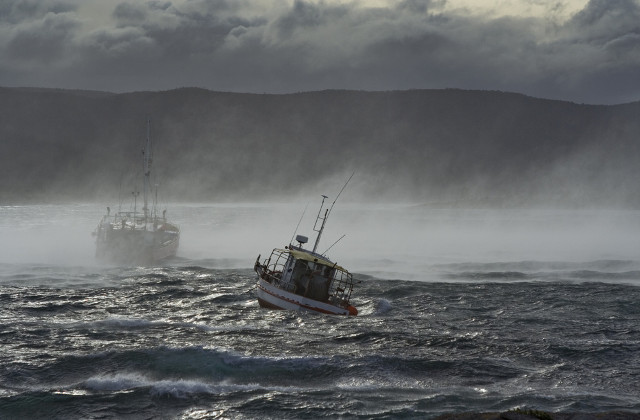 This sad state of affairs has largely been due to the very high copyright royalty rates for sound recording performance that apply to streaming services, rates which have continued to climb every year. Analogous rates for musical composition performance rights, by contrast, have remained reasonable and steady. That is, until now.

Pressured by a few of the largest music publishing corporations, the US Department of Justice (DoJ) is preparing to propose changes to the regulatory regime governing musical composition performance rights licensed by the two largest performing rights organisations (PROs), the American Society of Composers, Authors and Publishers (ASCAP) and Broadcast Music, Inc (BMI).

If adopted, these changes would allow the major music publishers potentially to exercise their respective powers against music streaming services, which could lead to increases in the overall copyright royalty costs for those streaming services.

Such increases could, in turn, drive all of the existing legal services (other than perhaps the very largest corporations to the extent they were willing to endure losses on music streaming as a loss-leader for other components of their businesses) out of the market.

This result could be catastrophic, not only for music streaming services, but also ultimately for songwriters, recording artists, and all but the largest music publishers.

In order for a music streaming service to operate lawfully in the US, such a service must obtain performance licences for two distinct copyrights embodied in each recording that it plays.

One is the musical composition copyright, which protects each underlying song, ie, the melody and lyrics created by one or more songwriters. The other is the sound recording copyright, which protects a particular artist’s rendition of the underlying song and the producer’s creative decisions during the recording process affecting the sound of the recording.

As noted above, the sound recording performance rates applicable to music streaming services have historically been very high.

For example, Pandora, a non-interactive internet radio service, has paid roughly between 50 to 60% of its revenues to SoundExchange pursuant to a statutory licence with rates set by the Copyright Royalty Board, just for the sound recording rights.

Interactive, or on-demand, services such as Spotify, Rhapsody, and others, must negotiate directly with record companies for performance rights, and reportedly have paid between 60 to 80% (and in some instances more than 100%) of their revenues to the record companies.

In contrast, performance rights for the underlying musical compositions have historically been lower. This fact is driven, in part, by how the rates have been set. Musical composition performance licences are available in the US through three PROs: ASCAP, BMI, and the Society of European Stage Authors and Composers (SESAC).

Although there are many thousands of songwriters and music publishers, almost all of them are affiliated with at least one of the PROs.

Radio stations historically have paid under 4% of revenue to the PROs. Although streaming services pay a little bit more than radio, there was no justification for setting the rates significantly higher.

Another reason is that the licensing activities of the two largest PROs, ASCAP and BMI, are regulated by consent decrees with the DoJ and are subject to review by federal judges in ‘rate court’ proceedings.

As noted above, each PRO aggregates and licenses a large collection of copyright from various songwriters and music publishers to a wide variety of businesses that publicly perform music, such as local television and radio stations, bars, restaurants, and music streaming services. Allowing a PRO to perform these functions creates economies of scale for both licensees and copyright owners.

The aggregation of rights to millions of songs and offering a blanket licence at a common rate for all of those songs is inherently anti-competitive, however—so much so that oversight was quickly deemed necessary.

In 1941, the DoJ filed a complaint against ASCAP, alleging that its blanket licence was an illegal restraint of trade under section 1 of the Sherman Antitrust Act (a US act that prohibits certain business activities that the government sees as anti-competitive), eliminating competition among ASCAP’s member-affiliate copyright owners and allowing them to fix prices for their music.

“The music publishers have indicated that they ultimately expect to charge the same rates as those charged for the sound recording performance rights.”

Shortly after the complaint was filed, the case was settled by entry of a consent decree. The decree imposed extensive restrictions on ASCAP that were designed to minimise the inherent anti-competitive effects of collective licensing.

The ASCAP consent decree was amended and expanded in 1950. One of those amendments established rate courts as a venue for applicants seeking a licence from ASCAP who believe they are being overcharged “to apply to the district court for the determination of a ‘reasonable’ fee”.

The ASCAP consent decree also prohibits ASCAP from discriminating in pricing or with respect to other terms or conditions between “similarly situated” licensees. BMI’s evolution followed a similar path, and it is subject to a similar consent decree.

Over the decades since 1950, the rate courts (and other features of the consent decrees) have had a moderating influence on musical composition performance rates, while allowing music publishers, songwriters, and licensees all to enjoy the efficiencies and benefits of collective licensing.

Over the past decade, ASCAP and BMI have attempted to significantly increase the rates they charge to music streaming services, but have repeatedly been rebuffed by the rate courts after failing to demonstrate any evidentiary basis for those increases.

These defeats, coupled with the music publishers’ envy of the increasingly-high rates obtained by the record companies for the analogous sound recording performance rights, led to their increasing dissatisfaction with the restrictions of the consent decrees and a desire to force streaming services to negotiate direct licences with each music publisher without any rate court review of fairness.

This dissatisfaction posed a dilemma. In order to get out from under consent decree supervision, music publishers would have to withdraw their music from ASCAP and BMI and forgo all of the benefits of collective licensing.

Although the largest music publishers have sufficient staff to negotiate licences with the relatively small number of streaming services, they could never handle negotiations with every other type of licensee, such as every bar, restaurant, sports arena, local radio or television station, etc.

The solution to this dilemma, developed by a few of the major publishers, was the strategy of ‘partial withdrawal’. Under this strategy, ASCAP and BMI were pressured to change their rules to allow publishers to selectively withdraw the rights to their songs for some licensees, but not for others.

Therefore, ASCAP and BMI would continue to license the major publishers’ catalogues for most licensees, but could no longer grant licences to music streaming services.

Shortly after ASCAP and BMI amended their rules, several music publishers decided to partially withdraw their catalogues and immediately demanded that radio station Pandora obtain direct licences from each of them.

In these negotiations, the withdrawing publishers were able to demand large rate increases over Pandora’s existing ASCAP and BMI rates and Pandora had no negotiating leverage.

It could not remove all of the major publishers’ songs from its playlists (a fact aggravated by the publishers’ refusal to provide Pandora with usable lists of their respective catalogues), so its only three choices were to agree to the rate increases, or face massive copyright infringement liability, or cease operations. At the same time, however, Pandora was litigating against ASCAP and BMI in the rate courts.

In those proceedings, the judges ruled that the publishers’ attempts to partially withdraw violated the consent decrees. The ASCAP rate court also rejected ASCAP’s attempt to use the directly negotiated licences as benchmarks to raise the ASCAP rate, finding that the withdrawing major publishers used their market power to extract rates much higher than fair market value. The court also noted various examples of collusion and other anti-competitive behaviour by certain withdrawing publishers, including conduct facilitated by ASCAP.

The judges had not set rates below fair market value, but rather determined that the rates ASCAP and BMI sought were higher than fair market value. Moreover, each of ASCAP’s and BMI’s (1) number affiliated songwriters; (2) performance royalties collected; and (3) payments distributed to publishers and songwriters have increased every year over the past several years. The publishers also publicly threatened to withdraw their catalogues entirely from ASCAP and BMI if they are not allowed to partially withdraw.

In response to these requests by music publishers, the DoJ began a review of the consent decrees to consider whether any changes were warranted.

After receiving written submissions from many different market participants, the DoJ has now begun meeting licensee representatives to discuss its preliminary positions on changes it is prepared to recommend.

Among those changes is modification of the consent decrees to expressly allow partial withdrawal with respect to a defined class of digital music services.

Consequently, there is no competition in the market for these direct licences and the music publishers would have absolute market power in these negotiations.

If streaming services are already paying well over 50% of revenue for those sound recording rights, and no such service has yet had a profitable year, it is not difficult to see that no streaming service would be able to continue operations with the rate increases publishers would have the unchecked ability to extract.

If all the legal streaming services were forced to exit the market, only pirate services, paying no royalties at all, would be left to fill the consumer demand for streaming. All the substantial performance revenues to music publishers, songwriters, record companies, and recording artists would disappear. Publishers would ultimately succeed only in killing the golden goose.

Moreover, if even one major publisher partially withdrew from ASCAP and BMI, the value of each PRO’s licence would drop significantly. Because of this, every large music publisher would have to withdraw in order to avoid the resulting large decreases in distributions. Soon, only smaller publishers (of which there are many) would be left in ASCAP and BMI, and those many smaller publishers and their associated songwriters would be dividing a tiny fraction of what the PROs distribute today.

Finally, even those songwriters associated with the major publishers would be adversely affected by partial withdrawal. Under the consent decrees, ASCAP and BMI directly pay songwriters 50% of the royalties collected (after administration expenses are deducted).

If the major publishers directly licensed the streaming services, their royalty payments would go to those publishers first, and may be subject to various deductions and other industry ‘creative accounting’ methods used to avoid paying the full 50% share to songwriters.

Paul Fakler is a partner at Arent Fox. He can be contacted at: Paul.Fakler@arentfox.com