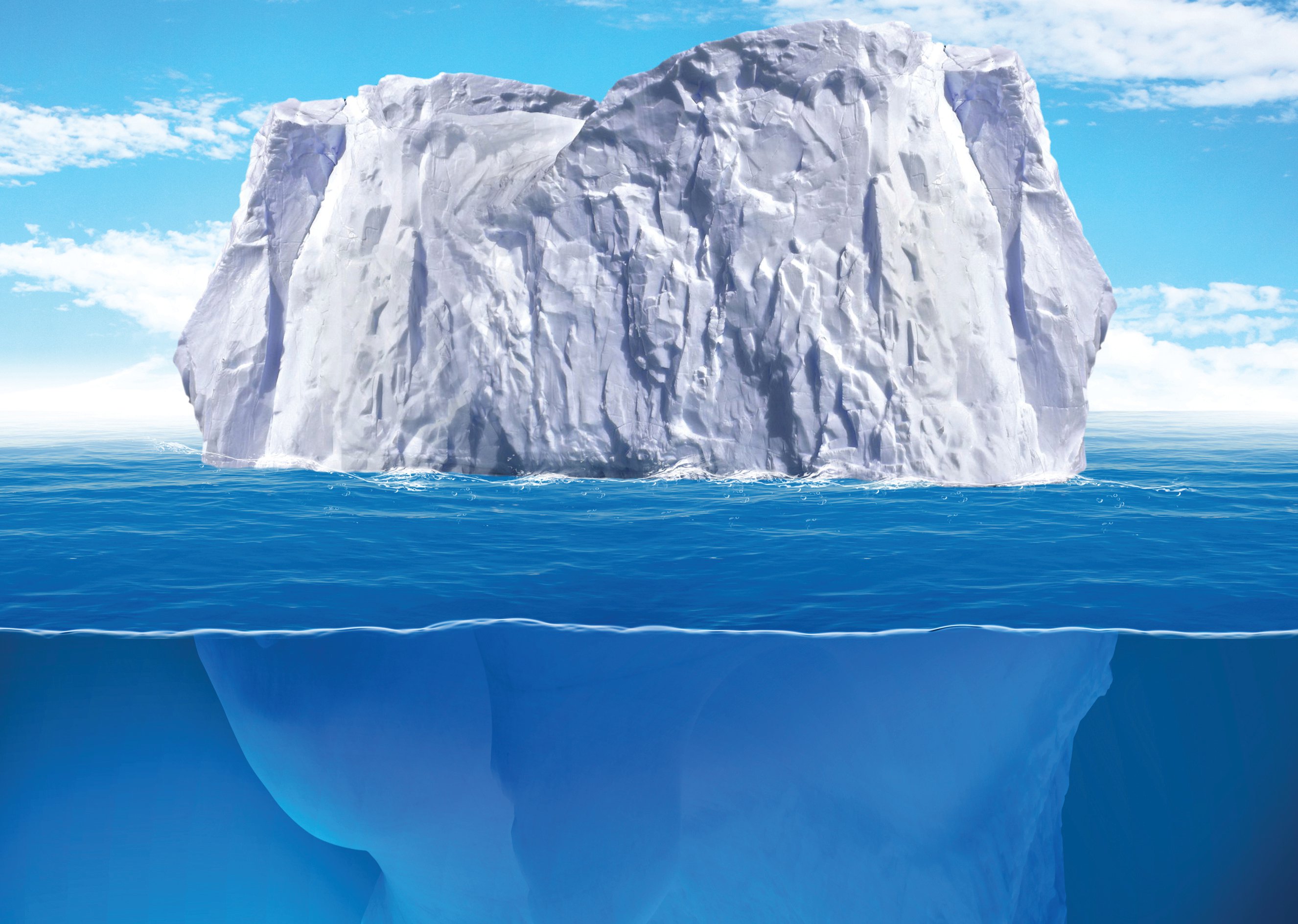 Google’s AdWords programme has been the subject of significant litigation in federal courts. One recent case has brought some much-needed clarity to the situation. Vanessa C. Hew and R. Terry Parker report.

The federal courts have been inconsistent in holding whether the purchase or sale of trademarks as keywords violates trademark law. However, the US Court of Appeal for the Fourth Circuit has clarified some, but not all, of the murky waters created by previous litigations with its April 2012 appellate decision in Rosetta Stone v Google (Rosetta Stone II).

At the district court level, Rosetta Stone Ltd v Google Inc (Rosetta Stone I), began when Rosetta Stone, a provider of language-education software products, filed suit in the US District Court for the Eastern District of Virginia alleging that Google committed trademark infringement, unfair competition, and dilution in violation of both the Lanham Act and the law of Virginia when it sold advertisers the right to use Rosetta Stone’s trademarks as keywords for sponsored links.

The Eastern District of Virginia granted summary judgment to Google, holding that “no reasonable trier of fact could find that Google’s practice of auctioning Rosetta Stone’s trademarks as keyword triggers to third party advertisers for use in their sponsored link titles and text creates a likelihood of confusion as to the source or origin of Rosetta Stone’s goods”. Rosetta Stone appealed.

In keyword advertising cases, a critical legal issue is whether use of a trademark as a keyword for sponsored links constitutes a use in commerce sufficient to impose liability for trademark infringement.

Most courts have found that the purchase of trademarks as keywords to generate sponsored links does constitute “use” of the mark in commerce under the Lanham Act. For example, in Hearts on Fire v Blue Nile, the US District Court of Massachusetts held that the defendant Blue Nile’s purchase of the plaintiff’s ‘Hearts On Fire’ mark as a keyword to trigger the display of sponsored advertisements constituted a “use in commerce” under the Lanham Act.

This finding was consistent with an earlier decision from the district court of Massachusetts, Boston Duck Tours v Super Duck Tours that held “[b]ecause sponsored linking necessarily entails the ‘use’ of the plaintiff ’s mark as part of a mechanism of advertising, it is ‘use’ for Lanham Act purposes”.

In addition, in Buying For The Home v Humble Adobe, the district of New Jersey found “use in commerce” where the defendant bid on and purchased the plaintiff ’s ‘Total Bedroom’ trademark from Google’s AdWords programme. Similarly, in Edina Realty v TheMLSonline.com, the district of Minnesota found that the purchase of search terms constituted use in commerce.

It is important to note that the Second Circuit’s decision in Rescuecom merely allowed Rescuecom’s claims to survive Google’s motion to dismiss—there has been no actual finding of liability.

Unfortunately, in Rosetta Stone II, the Fourth Circuit did not address the issue of whether use of a trademark as a keyword constitutes a use in commerce, because Google did not argue that point.

Another central issue that has confronted the courts in keyword advertising cases is whether traditional ‘likelihood of confusion’ analysis should be used to determine whether the use of a third party’s trademark as a keyword for sponsored advertising constitutes trademark infringement.

“A CRITICAL LEGAL ISSUE IS WHETHER USE OF A TRADEMARK AS A KEYWORD FOR SPONSORED LINKS CONSTITUTES A ‘USE IN COMMERCE’ SUFFICIENT TO IMPOSE LIABILITY FOR TRADEMARK INFRINGEMENT.”

Generally, the courts have held that not all of the likelihood of confusion factors are applicable in keyword advertising cases. In Network Automation v Advanced Systems Concepts, the Ninth Circuit instructed that “[i]n the keyword advertising context the ‘likelihood of confusion’ will ultimately turn on what the consumer saw on the screen and reasonably believed, given the context”, and held that the most relevant factors were: “(1) the strength of the mark; (2) the evidence of actual confusion; (3) the type of goods and degree of care likely to be exercised by the purchaser; and (4) the labelling and appearance of the advertisements and the surrounding context on the screen displaying the results page”.

Another recent decision to address this issue directly is the case Hearts on Fire v Blue Nile. In Hearts on Fire, the district court of Massachusetts analysed the likelihood of confusion prong through the doctrine of “initial interest confusion” and therefore established that likelihood of confusion would “ultimately turn on what the consumer saw on the screen and reasonably believed, given the context”.

In Rosetta Stone I, the parties did not dispute all of the Fourth Circuit’s previous Pizzeria Uno likelihood of confusion factors. Therefore the Eastern district of Virginia limited its query to the following factors, namely: “(1) defendant’s intent; (2) actual confusion; and (3) the consuming public’s sophistication”.

The Fourth Circuit disagreed and held that, depending on the context, not all the likelihood of confusion factors were relevant, reasoning that in the context of a referential or nominative type of use, the application of the traditional multi-factor test is difficult because many of the factors “are either unworkable or not suited or helpful as indicators of confusion in this context”.

However, the Fourth Circuit held that the district court erred by failing to properly apply the standard for summary judgment to the evidence. At summary judgment, the evidence should have been inferred in a light favourable to Rosetta Stone, not Google.

One of the defences that has been raised in keyword advertising cases is that use of the plaintiff ’s trademark does not constitute trademark infringement and merely constitutes a functional use of the trademark.

For example, in the Ninth Circuit case Playboy Enterprises, Inc (PEI) v Netscape Commc’ns Corp, defendants required adult-oriented websites to link their advertisements to certain keywords, among which were the plaintiff ’s trademarks ‘Playboy’ and ‘Playmate’. However, the defendants in that case asserted that they were merely making a functional use of the plaintiff’s marks.

The Ninth Circuit rejected the functionality defence on the grounds that “[n] othing about the marks used to identify PEI’s products is a functional part of the design of those products”, and “[t]he fact that the marks make the defendants’ computer program more functional is irrelevant”. Therefore the marks were deemed not functional and were granted trademark protection.

In Rosetta Stone I, despite finding that there was no likelihood of confusion, the Eastern District of Virginia held that Google’s practice was a non-infringing, functional use “because Google uses Rosetta Stone’s trademark to identify relevant information to users searching on those trademarks”.

As the Eastern District of Virginia then reasoned, keywords are used to generate both organic search results and sponsored links and are thus “essential to the search engine’s indexing function because they enable Google to readily identify in its databases relevant information in response to a web user’s query”.

However, the Fourth Circuit overruled the Eastern District of Virginia on the issue of functionality and faulted the district court for “focus[ing] on whether Rosetta Stone’s mark made Google’s product more useful, neglecting to consider whether the mark was functional as Rosetta Stone used it”.

The Fourth Circuit explained “there is nothing functional about Rosetta Stone’s use of its own mark; use of the words ‘Rosetta Stone’ is not essential for the functioning of its language-learning products, which would operate no differently if Rosetta Stone had branded its product ‘Sphinx’ instead of Rosetta Stone”.

However, given that no court has yet to walk through this analysis in a keyword case, trademark attorneys will be eagerly watching the next step of this litigation.

Vanessa C. Hew is a partner at Duane Morris. She can be contacted at: vchew@duanemorris.com

R. Terry Parker is an associate at Duane Morris. He can be contacted at: tparker@duanemorris.com