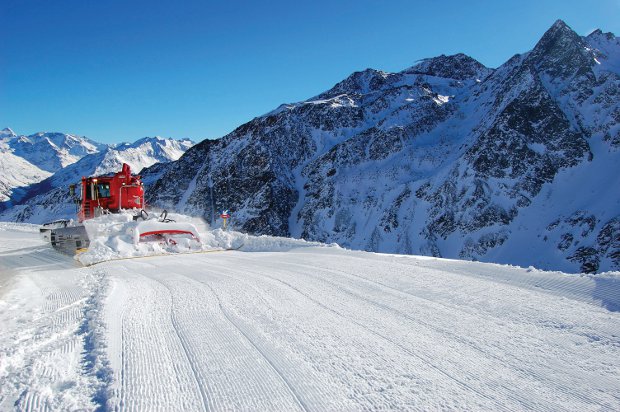 As part of its new gTLD programme, ICANN has committed to establishing a Trademark Clearinghouse for protecting intellectual property rights. TB&I talks to Jan Corstens and Vicky Folens of Deloitte about the details.

As part of its new gTLD programme, ICANN has committed to establishing a Trademark Clearinghouse for protecting intellectual property rights. TB&I talks to Jan Corstens and Vicky Folens of Deloitte about the details.

One of the key sticking points over the launch of new generic top-level domains (gTLDs) has been intellectual property rights. Brand owners worry that potentially unlimited numbers of new domains will mean potentially unlimited opportunities for infringement, while the Internet Corporation for Assigned Names and Numbers (ICANN), which administers the programme, has to balance those concerns with a more general desire to open up the Internet and increase the usable space on it.

While no system can possibly head off every conceivable threat to IP, ICANN does have a range of tools in its armoury to assist brand owners in their fight against infringers. One of the most significant of these tools is the Trademark Clearinghouse, which is provided for as one of the conditions in the gTLD Applicant Guidebook.

ICANN selected Deloitte to operate the Clearinghouse in partnership with technology companies IBM and Chip, which will be responsible for the technical infrastructure. Jan Corstens of Deloitte in Belgium is in charge, while Vicky Folens, who worked as the project manager for various TLD projects, is also on the team. Deloitte will be acting as overall project manager for the Clearinghouse.

“In the first instance, the Clearinghouse is a central database where all trademark holders can submit their trademarks into the database,” says Folens. “All trademarks need to be verified and all new gTLD registries will be connected to that database.”

“In the end, the registry’s policy will decide what will happen, but what the Clearinghouse will definitely do is at least ensure that the parties who need to know are notified. They can do what they want with that information,” Corstens says.

The Clearinghouse is not operational yet, but with an expected, revised release date of July 2013 for the first new gTLDs to go live, there is still time to thrash out the final details. Corstens is targeting the fourth quarter of the year for the Clearinghouse to be ready for submissions of trademark data.

“If we’re ready in Q4 I think we will be more than on time for when everything starts,” he says. And of course, Deloitte has a real interest in making sure everything is ready as soon as possible.

“The exact match is defined by the matching rules, because of course some trademarks havespecial characters, such as an ampersand, and there are different ways that ICANN envisioned how the signs can be replaced or translated,” Folens explains. “For those trademarks different matching rules will apply as to what will be considered an exact match.

"If the Clearinghouse becomes the one-stop shop for brand owners for protecting their brands within the Internet in a cost-effective manner, then it will be a success."

“But now, for example with the trademark Deloitte, if someone registered that with three ts instead of two ts, then there will most likely not be a notification sent to the Deloitte trademark holder.”

It will remain prudent for brands to keep an eye on new domain registrations, even if they have registered their trademarks with the Clearinghouse.

Unfortunately for its users, the Clearinghouse has to pay its way, and that means there will be costs attached to registration, filing an appeal and for the registries themselves. What the costs will be is as yet unconfirmed.

“Our biggest concern is that that’s one of the most asked questions and we still can’t give a final answer because quite a number of things are still moving,” Corstens says. “There will definitely be a fee for the users of the trademark, and there will be a fee for the registries that need to interact. All costs are borne by parties who use the services. “

In the case of a trademark holder, it will be an annual fee, because in order for the accuracy of the data to be maintained we will have to do an annual verification. The initial fee we set was probably going to be around $150 (£95), and other fees will be a subset of that, but we can’t be 100 percent sure what they will be.”

That $150 will get you a lot of support, however, including a help service in several languages for users and a recorrection procedure through which the Clearinghouse will alert applicants if there are small mistakes in their applications and allow them to amend them without further charge. Corstens estimates that this procedure could reduce error rates to less than 1 percent, following his experience with similar issues in previous sunrise periods.

“We will help applicants as much as possible and they will have one price for the protection of that specific trademark, for all sunrises and all trademark claims periods for every TLD for that year,” he says. “Quite a number of registries have approached us and asked whether they could extend the trademark claims period, or even leave it running. We are looking into that and it seems likely that it will be possible.

”As for the registry fees, there is no final figure yet. There is also scope for costs to come down in the future, depending on how the Clearinghouse develops.

“The fees are for the professional services that we deliver, for the infrastructure, for the support,” Corstens says. “We need to deliver incident management structure to the registries, where we need to be available within half an hour, 24/7—we want this to be something that is failproof.

“Initially the costs are based on what we have in our business model, and what we think we need in order to recover our costs and have a normal payment for professional services. It will be foreseen in the contract that the price can change. We will consider that.”

It’s worth noting that this is not a risk-free proposition for Deloitte. There is no guarantee that the Clearinghouse will be a success, and no arrangement that the company would be paid if it isn’t. Given the substantial resources committed already, not only by Deloitte, but also by IBM and Chip, it’s clear that it’s in everyone’s interest to see success.

But what does success look like? Corstens has a simple answer: “The Clearinghouse was set up because with so many gTLDs, it will become almost impossible for trademark owners to follow the strategy and procedure they’ve followed in the past. This was to check whether they wanted to register, and/or needed protection for, a trademark on each singleTLD.

Doing this for more than 300 TLDs per year would lead to an expensive and inefficient approach. So if the Clearinghouse becomes the one-stop shop for brand owners for protecting their brands within the Internet in a costeffective manner, then it will be a success.”

That’s all well and good, but the Clearinghouse itself has a limited influence over whether that happens. “We cannot control how registries will run their sunrises,” Corstens says. “What will the pricing be during the sunrises? Will there be additional things the Clearinghouse can do in terms of an additional level of protection?”

Like much of ICANN’s new gTLD programme, the final details of the Trademark Clearinghouse, and whether it becomes a success, will depend on factors that are not yet fully understood. That’s an inevitable consequence of a programme that is unprecedented, and should not worry brand owners unduly.

After all, if it does what it is supposed to, the Clearinghouse will be a useful tool in the fight against infringement and, perhaps most important of all, it will provide peace of mind in an environment that can seem extremely scary. We’ll know soon enough.