Conference call Marques: save the best for last 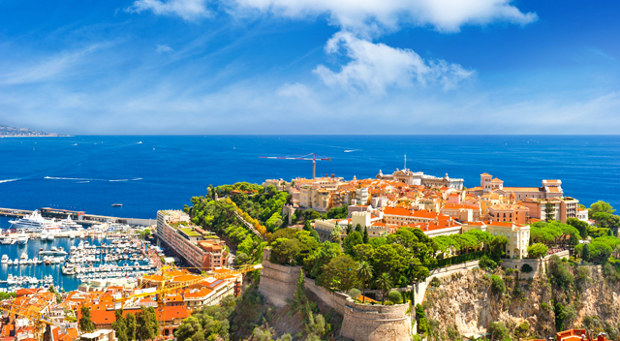 Monte Carlo was the host of this year’s Marques trademark conference. WIPR provides a roundup of some of the biggest talking points.

The Marques annual conference always provides a range of interesting and practical sessions for trademark owners, and this year was no different. Perhaps the most engaging session was the final one, which was well attended despite delegates’ natural urge to see the last of Monte Carlo before flying home.

Led by Marlou van de Braak, partner at Hoyng Monegier LLP, and Roland Mallinson, partner at Taylor Wessing LLP, the session focused on the pros and cons of crowdsourcing and social media for brands. To fit in with the theme, attendees were encouraged to tweet, text and use the Marques website to participate in the discussion.

“Brand jacking”—the illegal use of trademarks online—was one of the threats discussed in some detail, one example being Greenpeace’s setting up of a hoax Shell website to raise awareness of the oil company’s controversial plans to drill in the Arctic.

Although Shell did not take legal action against Greenpeace and the Twitter account was suspended, this was “very damaging”, van de Braak said. She added that “sometimes you should tolerate problems on social media, but be proactive and obtain obvious account names for key brands”.

Mallinson said social media networks will generally take down content in cases of brand jacking, but not necessarily if there are parody or free speech issues involved. In a concluding poll about who to sue—the site, the user or neither—if content is not removed, a majority of voters opted for the site.

"There were four main motivations behind obtaining .sca: protection of IP; communication; security and a platform for innovation."

A day earlier, the conference held what is now becoming a regular session, not just at Marques, but at most IP conferences, covering the new generic top-level domains (gTLDs). With the pending launch of thousands of new gTLDs, attendees were interested in the reasons behind .brand applications.

For SCA, a Swedish global hygiene and forest products company, there were four main motivations behind obtaining .sca, according to trademark director Minna Santesson: protection of IP; communication; security; and a platform for innovation. The new gTLD programme will confuse consumers and Internet users over the next two years, Santesson said, while .brand addresses won’t necessarily be viewed as “safe”.

A rise in online infringement will follow, she predicted, but then “we do expect to have a trusted address for .sca—the authentic destination for .sca products—and also cybersquatting will be reduced”.

Speaking next was Steve Stolfi, vice president at Wolters Kluwer, an information provider in the legal and financial sectors, which has applied for .wolterskluwer. “Control” was the main reason for applying, he noted, as “we will have 100 percent control of our brand and subsidiaries. That was a very interesting proposition for us.” He added: “It will be recognised by the search engines as authentic and consumers will trust the domain.”

The company plans to create a “distinctive site for mobile devices, on which much of our information is delivered”, Stolfi said. And by having a more secure Intranet, “as a public company, we can relay more sensitive information than we can now”.

Another interesting session took as its subject trademarks and free speech. Laetitia Lagarde, partner at Studio Legale Jacobacci & Associati, provided some examples of challenges for rights owners against this backdrop. In one case in France, oil company Esso sued Greenpeace for parodying its trademark. Greenpeace had replaced the ‘s’ (both) with dollar signs in an attempt to denounce Esso’s environmental policies.

In the first instance, a Paris court found there was infringement, but this ruling was overturned on appeal and the appeal confirmed by the Supreme Court in 2008. Both higher courts said the use was within the acceptable limits of freedom of expression, as there was no attempt to promote the Greenpeace brand—the parody was purely controversial.

“The balancing of freedom of expression and trademark rights is in continuous evolution,” Lagarde said. Peter Dernbach, partner at law firm Winkler Partners in Taiwan who was chairing the session, concluded that “sometimes you just need to chill”, otherwise the negative publicity of targeting parodies could be damaging to a brand owner.