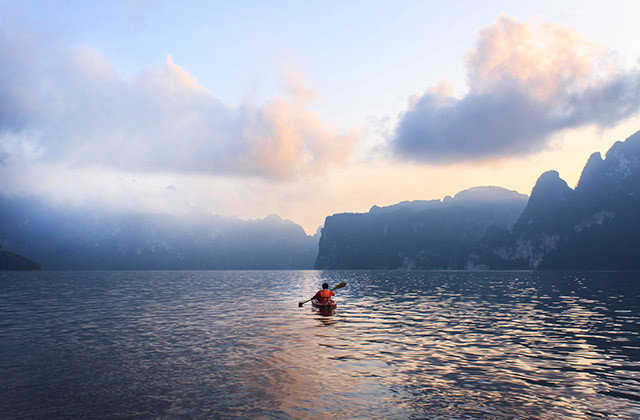 Harmonising and modernising copyright law that is well past its use-by date is the main aim of the Pirate Party’s sole representative in the European Parliament, Julia Reda. TBO speaks to her about her reasons for wanting the change.

Sailing across uncharted waters is something pirates are known for. Julia Reda stands alone as the single member of the European Parliament for the Pirate Party and she is tasked with the one mission the party has had since its establishment in 2006: to reform Europe’s outdated copyright laws.

Her target is the European Directive 2001/29/EC, also known as Copyright in the Information Society, which was introduced to adapt legislation on copyright and related rights to reflect technological developments. It was introduced in 2001, at a time when neopets.com and msn.com were among the most visited websites in the world, and there is now a sense that it needs to be updated.

“I really don’t understand the pressure to extend the copyright laws because it has been shown time and again that the absolute vast majorities of authors, even right owners, do not exploit the works for that long,” she tells TBO.

“I think as right owners they are never going to openly advocate the protection terms to be shortened because it is one more possible revenue stream, but the negative effects of having these long-term protection terms are huge,” she adds.

Beyond that Reda wants to give public institutions such as libraries the right to reproduce works and make them available to members online.

She also wants to see exceptions of parody and pastiche extended to all EU member states, eliminating any “unequal treatment” between the digital and the real world environment.

Despite the perceived radical nature of the proposals, Reda has won support from intellectual property professionals. Joel Smith, partner at law firm Herbert Smith Freehills, says it is necessary to make big changes to copyright law.

“You only have to see the number of references to the Court of Justice of the European Union (CJEU) in the copyright space to realise that the current law is playing catch-up with technological developments. Reform is probably inevitable,” he says.

Smith describes Reda’s proposals as a “refreshing and succinct read” and supports her belief that “copyright law needs to be harmonised both to update it and to ensure that the body of law is unified”.

At an event held by law firm King & Wood Mallesons in January 2015 there was a general agreement that 2014 was a good year for copyright owners. But perhaps because of Reda’s political allegiance, she says right owners are fearful that she will undermine certain protections online.

Reda is looking to build on what she regards as some of the sensible rulings at the CJEU last year, but she now wants the law to anticipate changes rather than play catch-up.

She says the Svensson v Retriever Sverige case is an example of a good ruling from the CJEU, and she wants her proposals to be built on rulings like this. In this case, the CJEU found that the Swedish website Retriever Sverige did not need permission to provide hyperlinks to articles written by journalists Nils Svensson, Sten Sjögren and other Swedish journalists, as they were already freely available online. These are things that, Reda says, are “absolutely fundamental to the functioning of the internet, and the rulings should be applauded”.

"Making sure that hyperlinking and browsing are not subject to copyright and don’t require permission from a right owner is absolutely fundamental to the functioning of the internet."

“Some of the rulings by the CJEU have been quite encouraging and others not, but generally I think the development of copyright law should be done by the law makers. At the end of the day, the court can only interpret the law, but it shouldn’t be left to the courts to develop this kind of law,” says Reda.

“So of course making sure that hyperlinking and browsing are not subject to copyright and don’t require permission from a right owner is absolutely fundamental to the functioning of the internet. It is good that the CJEU has clarified this, but it is not enough to try to keep the status quo. There is also a need to change the laws to adapt things to the internet,” she adds.

For Reda, the copyright debate has so far been between right owners and end users, but she says it is really between new and old ways of commercially exploiting artistic content.

Artists have explored business models that go beyond publishing houses’ traditional methods of monetising content, Reda says. “Artists have used a combination of different business models. There have been some very successful experiments with crowdfunding.

“There are also micro-financing models which are quite interesting for non-professional authors,” she adds.

Lexi Alexander, director of films such as Green Street and Punisher, does not feel her interest as an artist in the copyright debate is well represented. For Alexander, there is hypocrisy from bodies claiming to represent the rights of film makers, as they say the Berne Convention is there to protect and reward the artist but they do not respect the rules themselves.

“I know Julia Reda has always respectfully considered the Berne Convention, but the royalty collection societies, especially those in charge of collecting foreign levies for Hollywood unions and film bodies, are breaking the rules of the convention.

“All over the world they collect foreign levies for writers and directors and hand them over to labour unions, who then take 83%, and that is outrageous.

“Berne signatories forbid an author’s share being paid to anyone but the author, so all those people who oppose reform in the name of the Berne Convention should first follow it themselves,” says Alexander.

Reda has encountered views similar to Alexander’s from other artists who do not feel represented by the royalty collecting societies. During last year’s European Commission consultation on how to change EU copyright laws many artists welcomed the changes she is proposing.

“The European Commission did a very broad consultation on all the different interest groups last year and it found that there is a big difference between the position of authors who are really in favour of some of the copyright proposals that I’ll be making, and collecting societies and right owners who do not want to change anything at all.

“It would be easier to create a consensus between authors and end users. Authors and end users should be natural allies in this debate, because they should generally be happy that people have an easy way of accessing their works and sharing them,” she adds.

The advent of the internet has afforded people new ways of monetising artistic content, while film and music streaming services such as Netflix and Spotify have steadily popularised the idea of accessing content legally. But these services face the problem of clearing rights in each EU member state.

“The one that really works best is providing easy to use and affordable paid-for services to people. A lot of people are willing to pay for streaming services, but if you slap technology protections on there that keep people from using the content that they have paid for (such as geo-blocking, the practice of preventing users from viewing media based on location), then of course people are going to see file-sharing as the better option,” she says.

This is why harmonisation in copyright law across the EU is key for Reda in all of her proposals. Harmonisation provides clarity for legal streaming services such as Netflix, as well as for internet users who want to see artists rewarded for their work but still enjoy the advantages of the internet. It also encourages more competition between streaming services.

“Netflix was able to roll out in the majority of European states after many years because they had a functioning market in the US. But it is still very difficult to clear the rights with each member state compared to running a TV station, for example, where you just have to clear the rights where you want to broadcast,” Reda says.

People and artists are increasingly using the internet to consume and monetise copyrighted works and this is putting pressure on a copyright system that was last updated before the existence of social media and streaming services.

Reda has found that new business models are creating antagonisms between artists and the collecting societies that purport to represent them. Her intention is to find a compromise, but the evidence of hostility she has had to her reforms from publishing houses suggests that this may be a struggle. Some artists Reda has consulted, however, have shown their support and her intention is to build on that.

“At the end of the day I have to get a majority within the European Parliament,” she says. “I don’t think it is good to have a system where a novel has the same protection as a Facebook posting.”