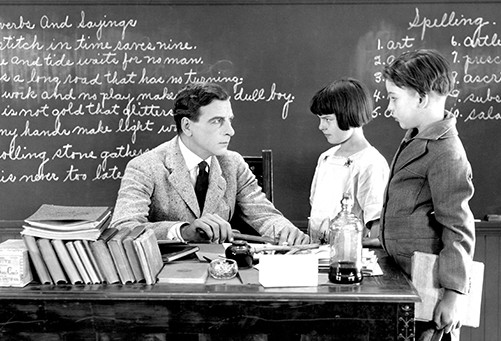 In July the UK government announced it was going to start sending warnings to internet users who persistently download content illegally. TBO assesses the government's plan and whether it will have the desired effect.

UK internet users are set to receive a free lesson via email, but it is unlikely to be a welcome one. Instead, beginning next year, a warning will be sent to suspected downloaders informing them that what they are doing is illegal and urging them to stop.

Under the new government and industry-led scheme, announced in July this year, up to four warning emails will be sent by the UK’s largest internet service providers (ISPs) to households suspected of copyright infringement.

“We are working with the creative industries to ensure that IP rights are understood and respected,” the government’s business secretary Vince Cable said at the time, adding that education was at the heart of the drive, known as Creative Content UK.

This is the first scheme of its kind to be implemented in the UK and it is the focus on education which is, arguably, the most interesting aspect.

Crucially, unlike the much-discussed copyright regime intended to fall under the Digital Economy Act (DEA), which proposed that “technical measures” be introduced to deter downloaders, Creative Content does not propose the introduction of any sanctions for downloaders.

After the fourth (and final) warning has been made, there will be no court summons; nor will internet access be completely shut off. Instead, the government hopes that lessons will have been learned.

How does this compare to what was proposed before?

Flora Greenwood, an associate at Bristows LLP in London, notes that the sanctions proposed in the DEA had not even been debated in parliament and have in fact been shelved in light of Creative Content.

“The absence of any sanctions is perhaps in part why it has been possible for the ISPs and creative trade bodies to agree on the scheme,” Greenwood tells TBO.

“One could say that this industry-led initiative marks a step forward and arguably achieves more progress than has been possible via the legislative route.”

Although the scheme is in the very early stages, Gareth Dickson, associate at Edwards Wildman Palmer LLP, highlights differences with previous government-backed campaigns, including ones against drink-driving and speeding which, he says, played on the fear of ‘harm’ as a result of one’s actions.

“Whether a degree of ‘harm’ or fear is a necessary component of an educational campaign against piracy will be assessed by the scheme. In that respect the scheme may offer an interesting insight into the psychology of internet users,” Dickson says.

"The failure of the HADOPI scheme may be one reason the Creative Content scheme did not choose to introduce end-user sanctions.”

Greenwood adds that the UK’s reluctance to introduce sanctions or punishments may be partly down to failures in other jurisdictions when trying to implement similar schemes, and points to France’s ‘three strikes’ system as an example.

Known as HADOPI, the French law handed power to a judge to issue warnings and, if needed, cut off a user’s internet connection temporarily.

The law was dropped in the summer of 2013 after it was deemed to have not achieved its goal of encouraging legal downloading.

Although more than two million notices were sent, only one person had his internet suspended, Greenwood says.

Referring to Creative Content, she says: “It is likely that the stakeholders, in voluntarily entering into this arrangement, and the UK government in part-funding it, carefully considered the experience of graduated response systems in other jurisdictions before agreeing how to initially implement it.”

She adds: “The failure of the HADOPI scheme may be one reason the Creative Content scheme did not choose to introduce end-user sanctions.”

Given its apparent focus on education rather than sanctions, how should the scheme’s emails be phrased in order to get their message across?

First, he says, the warnings should point people in the direction of the “many services offering high quality, good value and easy access content”.

Second, he says, they should point out the impact piracy has on the creative industries.

“The more revenue that is lost through piracy, the less new content that can be created,” he explains.

The cost of piracy

Right holders have often estimated how much they lose to illegal downloading.

According to John Smith, president of the International Federation of Musicians, creative industries around the world lose around 20% of their revenue every year due to piracy.

But Dickson warns that any claims about lost revenue lost must be objective and reliable.

“It will not be long before forums appear online to counter the various claims made in these notices, so it is important that those claims cannot be easily undermined,” he says.

Although Creative Content is targeting the casual downloader with education, more serious sanctions are available through other schemes such as Operation Creative. Run by specialist police force the Police Intellectual Property Crime Unit (PIPCU), Operation Creative targets website owners and can result in websites being seized (see story on page 22).

The two, although connected by their wider aim of promoting the importance of copyright, have separate messages.

While Greenwood agrees it is important to educate, she warns that many people may already be aware of the legal alternatives yet choose not to use them.

With that in mind she suggests extra incentives are put in place to encourage a change in behaviour, including the possibility of free trial periods or discounts for paid-for services such as Spotify.

However, Dickson says, the notices should remain educational-only and steer clear of promotions.

“Given the diversity of content that will prompt these notices, and the corresponding diversity of owners who hope to benefit from them, it is hard to see what incentives could be put before recipients on behalf of all affected content owners,” he says.

“It might also make the notices seem more about commercial gain than about respecting the law. So it is likely that the notices will remain non-commercial and educational only.”

In light of Creative Content and the government’s previous attempts to tackle piracy, is there a possibility ministers could use the results of the scheme to ‘test the waters’ with the hope of lining up further sanctions in the future?

Greenwood disagrees, and says any decision on that would be some way off.

“Perhaps the government and other parties involved will wait to see how effective the educational scheme is first, and review further evidence of the impact of sanctions in other countries such as the US, before considering whether sanctions are worth exploring further,” she says.

Rendle notes that although the government has supported the initiative [it has contributed £3.5 million ($5.9 million) in initial funding], the scheme is in fact predominantly industry-led.

“The government has continued to refer to the importance of copyright enforcement. But whether that approach leads to further legislation, such as on the role advertisers, payment providers and search engines play in piracy, remains to be seen.”

Given that no notices have been sent out yet, it is hard to predict the likely success of the plan but its basic idea appears to have been welcomed by lawyers at this early stage.

“Only time will tell how successful the scheme will be,” Dickson says, adding that it is important to not rush to a conclusion.

Users of sites promoting piracy “may take some time” to change their habits and could even return to old ways after the shock of the first notice has worn off, Dickson adds.

Rendle says that the scheme contains good ideas about how to deal with a “certain kind” of copyright infringement.

“The scheme is aimed at people infringing through ignorance or carelessly rather than commercial piracy. It may encourage ‘unknowing’ infringers to seek out a licensed source and it may dissuade some family members using the home ISP connection to download content following parental pressure,” he adds.

Greenwood agrees, adding that, even with no threat, it may help to change the behaviour of some users, in particular, she says, those who have unwittingly downloaded infringing content or more casual downloaders who feel uncomfortable about being identified as a possible infringer.

“This reduces the feeling of anonymity, which is arguably one of the reasons why people continue to use infringing online services,” she says.

The UK government is clearly beginning to make the right noises when it comes to copyright and IP protection: the passing of the Intellectual Property Act 2014 and the formation of PIPCU are examples of its dedication to the cause.

But although the UK is committed to teaching the public about copyright, are they willing to learn?