Cybersquatting: how to win a URS dispute 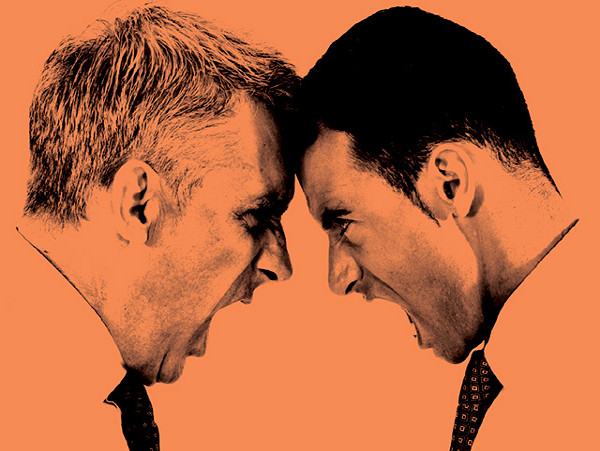 The URS allows trademark owners to quickly tackle clear-cut cases of cybersquatting, but its high burden of proof is just one hurdle to overcome. David Weslow explains what we can learn from some of the early cases.

The first decision under ICANN’s new Uniform Rapid Suspension System (URS), issued in September 2013, involved a country-code top-level domain (ccTLD) from a ccTLD registry—.pw—that had voluntarily adopted the URS. Since then, approximately 70 URS complaints covering a wide range of new generic TLDs (gTLDs) have been filed.

The URS was created to provide a lower-cost rights protection mechanism (RPM) for trademark owners to pursue the most egregious cases of cybersquatting.

“The URS is not intended for use in any proceedings with open questions of fact, but only clear cases of trademark abuse,” says the procedure. Use of the URS is mandatory for all new gTLDs, and a number of ccTLD and other incumbent registry operators have voluntarily adopted it.

The URS is a complement to existing RPMs such as the Uniform Domain-Name Dispute-Resolution Policy (UDRP) and national laws such as the US Anticybersquatting Consumer Protection Act (ACPA). A URS decision can be obtained in as few as 14 days.

URS complaints must be filed electronically and complainants are limited to 500 words of argument. It is also important to note that the burden of proof is higher under the URS than the UDRP or most court actions, and that the complainant must satisfy the three URS requirements with clear and convincing evidence.

A successful URS proceeding will result in the suspension of the domain name for the term of its registration. The domain name will resolve to a webpage stating the following: “The domain name you’ve entered is not available. It has been taken down as a result of dispute-resolution proceedings pursuant to the Uniform Rapid Suspension System procedure and rules.”

In one of the earliest decisions to deny a URS complaint, the examiner was ruling in a dispute over the domain name “aeropostale.uno”. The examiner found that the complainant Aeropostale Procurement Co., Inc. failed to establish that it owned a trademark registration that was identical or confusingly similar to the domain name.

Although the complainant submitted evidence of applicable trademark registrations, at face value the registrations were owned by entities other than the named complainant.

The examiner denied the complaint, noting that no evidence had been submitted demonstrating the relationship between the trademark owner and the URS complainant.

Similarly, in a case involving the domain name “wolfram.ceo”, the examiner denied the complaint on the grounds that the complainant Wolfram Research, Inc.  had not submitted evidence establishing a relationship between the trademark owner and the URS complainant.

In a case involving the domain name “branson.guru”, the examiner denied the complaint on the grounds that the complainant, entrepreneur Sir Richard Branson, had not established by clear and convincing evidence either the second or third elements of the URS.

The examiner noted in particular that the parked page content that had been displayed at the subject domain name did not include any references to the complainant, and that no specific evidence of bad faith registration or use had been provided.

Similarly, the examiner, in a complaint about “heartland.holdings” and “heartland.ventures”, afforded particular weight to the possibility that the trademark in question also had non-trademark uses and that there was an “absence of any evidence that the domain name is currently being used in a manner that is exclusively or strongly associated with that trademark”.

In a particularly informative ruling, the examiner in a case involving “bbva.land” denied the URS complaint despite evidence that the domain name had been used to display a monetised parked page that contained links relating to the complainant’s trademark.

The domain name owner filed a response to the complaint, providing information and evidence to explain the reasons for its registration of the domain name and the significance of the .land extension in relation to its business plans. The examiner, noting the high burden of proof under the URS, held that the second and third elements of the URS had not been satisfied by clear and convincing evidence.

In a very recent denial of a complaint, the examiner, ruling on “finn.sexy”, emphasised the potential non-trademark uses of the asserted trademark as a common name, as well as the absence of any evidence showing that the domain name had been used specifically to target the complainant or its trademark.

"The examiner denied the complaint, noting that no evidence had been submitted demonstrating the relationship between the trademark owner and the URS complainant."

The domain name had been used to display generic parked page links, and had been offered for sale, but the absence of evidence demonstrating that the complainant or its mark had been specifically targeted by the domain name owner was deemed dispositive. The examiner also denied the respondent’s counsel’s claim that the complaint was brought in an abuse of the proceeding or that it contained material falsehoods.

The URS complaints that have been denied to date show the importance of submitting evidence that will be viewed by an examiner as very clearly establishing the three elements of the URS.

Given its word count and file upload limitations, the URS electronic filing system may present challenges for the submission of evidence and arguments, but it is very important for counsel nonetheless to make sure that all necessary information and documentation has been submitted. Evidence that the domain name owner has engaged in a pattern of cybersquatting has been found to be particularly persuasive by URS examiners and one individual has already lost six separate URS cases involving the domain names “spanx.clothing”, “dana.holdings”, “bbva.careers”, “oliverywyman.careers”, “josephabboud.clothing”, and “mcgraw-hill.careers”.

URS examiners appear initially to be more sceptical of complaints involving non-coined trademarks given the possibility that the marks may be subject to legitimate non-trademark related uses. Because of the high burden of proof under the URS, examiners also appear likely to deny complaints where the domain name has not been actively used. The same rule applies to cases where no evidence is submitted to show that the domain name has specifically targeted the complainant or its mark or where insufficient evidence is submitted to establish ownership of the asserted trademark.

The URS is a valuable new option for brand owners when faced with clear-cut cases of cybersquatting. Early decisions under the URS demonstrate that the intentionally high standards of the URS are being applied by examiners.

Therefore, the URS may not be appropriate for all cases of cybersquatting, and the UDRP and national laws remain available for those cases where the substantive or procedural limitations of the URS could make pursuit of such a complaint ill-advised.

Case references are available on request to the author.

David Weslow is a partner at Wiley Rein LLP. He can be contacted at: dweslow@wileyrein.com