Dealing with a non-resolving domain name 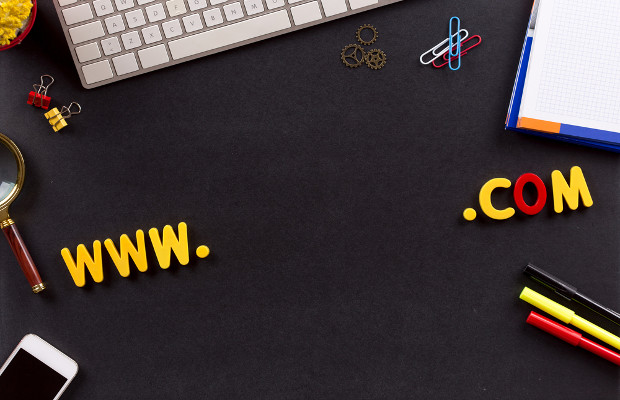 Steven Levy, president of the Accent Law Group, discusses the strategy for pursuing a Uniform Domain-Name Dispute-Resolution Policy complaint against a domain name that doesn’t resolve to any website.

When sorting through the possible targets presented by a well-run anti-cybersquatting watch service it is not uncommon to find a domain name that is confusingly similar to a trademark but which resolves to no content, to a “coming soon” page, or to a registrar’s landing/parking page.

In these circumstances one might assume that the website, or lack of one, provides no further context to the domain and seems of no value in deciding whether a Uniform Domain-Name Dispute-Resolution Policy (UDRP) violation has occurred.

However, in all its nuance and collective wisdom, the 17-year-old canon of UDRP decisions has come up with some guidance to address the problem of non-resolving domain names.

The second element of the three-part UDRP test is whether the respondent has any rights or legitimate interest in the disputed domain name (paragraph 4[a][ii] of the policy).

Paragraph 4(c) of the policy offers respondents several examples of how to demonstrate their rights or legitimate interest to a disputed domain.

The first, under paragraph 4(c)(i), involves an inquiry into whether the respondent is using the domain in connection with a bona fide offering of goods or services.

The third, under 4(c)(iii), says that legitimate noncommercial or fair use of a domain may support rights or legitimate interest.

However, where a domain is identical or confusingly similar to a trademark yet resolves only to a registrar parking page or does not resolve to any website, panels have often decided this issue in favour of the complainant.

In 2009, Victoria’s Secret took advantage of this approach in a case against the typosquatted domain victoriassecrret.com.

The domain did not resolve to any website and the panel found that “the failure of respondent’s confusingly similar victoriassecrret.com domain name to resolve to any website is evidence that respondent has not made a bona fide offering of goods and services under paragraph 4(c)(i) or a legitimate noncommercial or fair use under paragraph 4(c)(iii).”

“Passive holding does not prevent the panel from making a finding that the disputed domain name was registered and is being used in bad faith.”

The domain was ordered to be transferred to Victoria’s Secret but, despite having been owned by the famed lingerie company for some time, it still does not resolve to any website.

Hopefully these enforcement monies will not have been spent in vain and the domain will soon redirect to the company’s legitimate website.

With regard to the bad faith requirement of paragraph 4(a)(iii), UDRP decisions going back 16 years to Telstra Corporation v Nuclear Marshmallows have evolved to address the situation of non-resolving domains. The term “passive holding” has emerged as the name of the resulting theory.

Section 3.2 of the WIPO Overview 2.0 incorporates this phrase and says that passive holding does not preclude a finding of bad faith.

It goes on, however, to point out that panels should consider all of the facts of the case, suggesting that there is no hard-and-fast rule on this subject.

As set out in the Telstra decision, the facts to consider include 1) the fame of the complainant’s brand; 2) the lack of any good faith response or evidence submitted by the respondent; 3) the use of a privacy service to hide the respondent’s true identity; and 4) whether it is possible to “conceive of any plausible actual or contemplated active use of the domain name by the respondent that would not be illegitimate”.

In December 2016, the Telstra case was cited in a UDRP decision against the domain name citibank.host.

It then went on to list the elements of the four-factored Telstra test and concluded that paragraph 4(a)(iii) of the UDRP had been satisfied by the complaint.

My own survey of passive holding cases leads me to conclude that most panels won’t consider any period of inactivity short of three months when applying the doctrine, although this is not specified in the Telstra case or the WIPO Overview 2.0.

The thinking goes that a reasonable and well-intentioned domain owner needs at least some length of time to get a website up and running, and one can’t be expected to launch such an effort overnight (although it’s worth noting that the GoDaddy registrar used to offer a design and hosting platform called “Website Tonight”).

The strategic takeaway here is that failure of a cybersquatted domain to resolve to any substantive website doesn’t doom a brand owner’s chances for success in a UDRP case.

However, the passive holding approach is available only to rather well-known brands.

If a target domain is identified very soon after it’s registered or acquired, patience and regular monitoring for a few months may be in order since an assertion of passive holding against such a young domain may not be well received by most panels.