Defensive domain name registrations: should brands be sucked in? 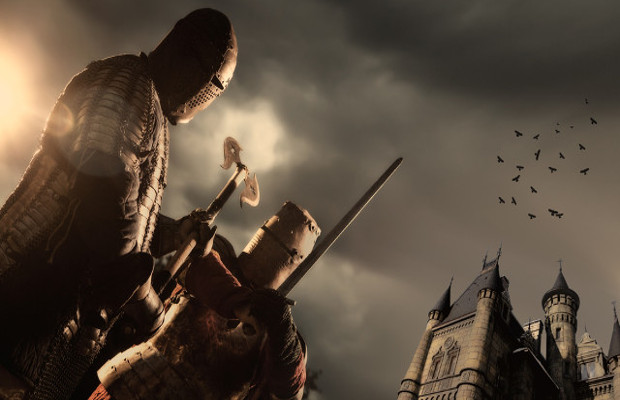 There has been much debate recently surrounding the launch of the new .sucks generic top-level-domain (gTLD), generally focused on whether websites hosted at .sucks domain names are more likely to comprise tools for trolling or to be important platforms for consumer advocacy.

Perhaps begrudgingly, given the sunrise period mark-up in price (up to 250 times more expensive), many businesses and celebrities have already snapped up their corresponding .sucks domain. Major brands such as Google, Apple, Nike and even singer Taylor Swift have reportedly secured a .sucks domain name in order to prevent it falling into the hands of third parties.

In the early days of the internet, behaviour of this type was par for the course. Indeed, many lawyers regarded advice to clients to snap up their brand names in every new gTLD designation (if only to lock out acquisition by competitors or cybersquatters) as best practice.

For this reason many brands have now acquired huge and unwieldy portfolios of domain names, most of which serve little function other than to point to the brand owner’s primary website. But in 2015 how relevant is this formerly popular practice? Is there any point in brand owners grabbing rafts of domain names as defensive registrations and (in the case of .sucks) stifling a seemingly obvious destination for criticism of their business?

Drowning out the noise

With the roll-out of a potentially infinite number of new gTLDs, the scope for the registration of detrimental domain names and therefore defensive registrations by brand owners is endless. Will the whole exercise occur all over again if a .awful or a .rubbish domain is launched?

ICANN has the final say on which gTLDs are approved for release on to the domain name system and it has since expressed concern about the release of .sucks and its potential for use in a predatory and exploitative manner. However, if most of the .sucks domain names are actually bagged by the brand owners themselves it seems perfectly possible, in the interests of free speech, that alternative criticism-and-review type domains such as .blows or .stinks will be released in the future.

Rather than get bogged down in endless defensive registrations some brand owners have decided not to make any registrations. Adobe, for example, has revealed that it will not be registering its corresponding .sucks domain. The company’s general counsel J. Scott Evans has voiced his view that such domains amount to extortion as brand owners are coerced into purchasing domains at a premium price to close off the potential outlet for third party criticism.

As the number of gTLDs increases it may be inevitable that brand owners simply give up on making defensive registrations and consider other ways of trying to drown out the noise, if any, made by the .sucks sites and its ilk.

Many brand owners started their campaigns to collect domain names which might be used for establishing websites critical of their activities when social media were not even a glint in the eye of Mark Zuckerberg.

Social media platforms have now morphed from tools used by a very select demographic within society into a much more pervasive medium, one which is used extensively by business. Criticism of poor products or indifferent service is now vastly more likely to take place on Twitter or Facebook than on bespoke websites established solely to denigrate a particular brand.

Today’s consumers have a wide choice of outlets to express their viewpoints and opinions or share their experience of a brand, and are very ready to use them to vent their frustration or disappointment with a purchase or customer service experience.

It is perhaps strange that there has not been a more fundamental reappraisal of whether the rather Canute-like exercise of collecting ever-greater numbers of domain names in the hope of curbing the establishment of websites critical of business practices has any relevance. Indeed, many businesses no longer think it sensible to try to control customer complaints, preferring instead to moderate, influence or (best of all) address them.

“The consumer interacts with the app with no interest whatsoever in how the app itself is integrated into the domain name system."

Accordingly, unhappy consumers now air their grievances on their preferred social media platform followed by reference to the brand owner itself. Given that brand owners (and celebrities) tend to be acutely conscious of their social media image this type of shaming is much more likely to have the desired effect for consumers and often results in compensatory measures or an apology from the business behind the brand.

In turn this has led consumers to expect a fast and constructive response from brand owners in relation to their comments. According to software company Lithium Technologies, up to 72% of Twitter users expect a response from the brand they contact, and many wanting this within the hour. The same reactive response cannot be said for comments posted on criticism sites.

As a result of the free nature of consumers’ speech enabled by social media, brand owners have arguably been forced into improving their communication skills with customers, ensuring that their customer service standards (particularly in response to complaints) are high and elevating the image of their brand by surrounding it with loyal advocates such as celebrities and public figures.

Many brand owners seek to intercept any social media complaints early and have a strong voice on the platform to address whatever the grievance may concern. They will also have taken steps to make their own internal complaints procedure more straightforward and cooperative in response to consumer concerns. If their complaints procedure is considered a quick and easy way of providing the desired outcome, consumers will be less likely to turn to social media or any criticism site to vent their frustration.

In line with the stance taken by Adobe and its decision not to register its corresponding .sucks domain perhaps the best way to avoid shaming on any platform is ‘not to suck’ in the first place.

The importance of apps

However, perhaps one of the biggest domain name shifts has been creeping up on us so softly that the potential scale of its impact and the extraordinary direction in which it is taking us has not yet fully been appreciated.

From the earliest days of the internet, domain names have been seen as a key emblem of identity for brands. A person browsing the web looking for a particular business was most likely to type the name of the business followed by .com or the applicable country code into the address bar of the browser and hope this would yield the desired website. The prevalence of this practice prompted the anxieties of brand owners about not having secured the domain names which prospective customers were most likely to try.

However, two technological developments have made having the ‘right’ domain name far less of an issue.

First, search optimisation techniques coupled with the sophisticated algorithms now used by search engines mean that consumers are now much more likely to type the name of the business into a search engine in order to find the website of the business they are seeking and will have a high and justified expectation of the search producing the link to the business in the top two or three search results. The actual domain name used by the business is, as a consequence, far less relevant.

Second, and more profound, the use of apps, particularly for the expanding number of consumers engaged in m-commerce (mobile commerce) on smartphones, looks set to make the very notion of visible domain names obsolete.

Once the app for a business has been downloaded, whether it’s from Google or Apple, the consumer interacts with the app with no interest whatsoever in how the app itself is integrated into the domain name system. Add into the equation the fact that most shopping apps incorporate functionality for adverse reviews of goods and services—not least because businesses have now recognised that consumer feedback is a help, not a hindrance, to their development—and concerns about whether domain names which comprise brand-owner critical language are a genuine threat to brand image start to appear almost prehistoric.

Moreover, apps which includes a clearly signposted, simple and cooperative complaints procedure may go even further in removing the need to make a complaint in the public realm of the internet.

Bearing in mind all of the above, innovation and improvement in consumer communications are perhaps better and more relevant business practices than engaging in the wholesale registration of potentially offending domains in order to try and lock out consumers from finding a focal point for the expression of dissatisfaction.

For brand owners who have just paid a premium price for their .sucks domain, that may suck a little.

Antony Gold is a partner at HGF. He can be contacted at: agold@hgf-law.com

Lauren Somers, a trainee trademark attorney at HGF, assisted with this article. She can be contacted at:  lsomers@hgf.com