How do pirates really think? 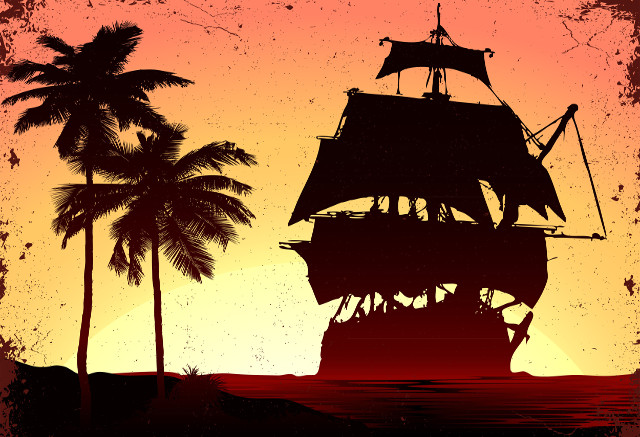 A chance encounter with an illegal downloader provided food for thought on the attitudes of some pirates. Liam Maddock, director of operations at anti-piracy service DMCA Force, tells TBO what he learned from their conversation.

The daily work of a Digital Millennium Copyright Act (DMCA) agent isn’t what you would normally call “exciting”. We spend a great deal of time looking at links to content, finding pirate targets to review, analysing reports and adjusting search algorithms.

Occasionally it gets a bit livelier when some incensed pirate sends us a death threat, normally misspelled, or our voicemail offers up an enraged uploader ranting about the removal of his stolen software links on YouTube. These, usually comedic, interludes give us a glimpse into the mindset of our enemy, but they rarely escalate beyond a hateful video or attempt at some sort of remote petty vengeance.

Our battles are not face to face and our debates benefit from the veil of protection offered by our digital world. So it was with some surprise that I found myself in debate with a self-described “pirate common man” at a recent event.

The scene was the Tucson Festival of Books at the University of Arizona last spring. The university hosts thousands of authors, publishers, and readers for two days and it is one of the top ten festivals in the US.

As sponsors, we were provided with a table and booth, which we kept manned through the event while attending meetings with authors and publishers.

As an aside, the response from the general public was interesting. Digital DMCA enforcement is a very abstract concept to most people and we found ourselves the target of a variety of opinions and questions. My two favourites involved one rather eccentric individual who accused us of being part of the NSA, and another who asked if we did our pirate hunting in Somalia.

By day two I had accepted that our booth wasn’t going to be the best use of our time when an old bicycle appeared, ridden by a younger man wearing a Castro-esque hat, and I found myself face to face with the enemy.

The debate, while moderately heated, wasn’t aggressive and I will credit my opponent with both eloquence and intelligence. What is more interesting, however, is the insight into the mind of the passionate pirate.

Here are a few things I learned; most will seem intuitive, but I think they bear repeating.

They think we all work together

The conversation started after the gentlemen approached our table and read our banner.

He looked at me and asked: “So are you the ones who sent me that letter about my downloading?” I explained that it was highly unlikely as we don’t normally contact end users as part of our operation. His response was: “Well, telecoms company Cox Cable said that I was downloading things illegally so I wondered if that was you.”

Bear in mind that we are not affiliated with Cox Cable and our name, DMCA Force, bears no resemblance.

I have encountered this attitude before from the well intentioned public with: “Hey, I found this illegal copy of (INSERT POPULAR FILM NAME HERE) … you guys might want to do something about it,” illustrating the assumption that we can act on behalf of any copyright owner, and from pirates who ask us to retract another agency’s claim.

I took this part of the interaction to heart and have sought out more connections and opportunities for networking within the intellectual property community.

If the pirates think we are all working together, maybe we should be.

They use cost justifications

I asked my visitor if he had, in fact, been downloading files, thereby justifying the letter from his internet service provider. His response was: “Yes. I’ve always been poor, so downloading is the best way for me to get the things I need.”

I thought about this momentarily before I asked if the material he was downloading was actually a “need”. He explained that there was software he needed for college, but admitted to downloading movies he “couldn’t pay the ticket for”.

I fell back on an old line I’ve used in the past: “I believe in freedom of information, not freedom of entertainment.” His response was that “the movies weren’t that good anyway.”

They use quality justifications

Needless to say, the statement about quality justifying theft irked me a bit and I mentioned that his interpretation of the value of the work didn’t allow him to deny its creators’ profit.

His response, which I’ve heard from other people, was: “Well, I really think we should be able to listen to music or watch movies and then, you know, if you like them you donate a few dollars.” I asked if he had ever sought out an artist after the fact and made a donation? Predictably his answer was: “No, but they don’t really need the money.”

Anger at paying full price for poor quality is a normal backlash to any artistic consumption. I’ve always viewed it as the risk of being a fan of anything but the attitude of “I’ll pay later … if I like it”, which I’ve encountered with many pirates, seems to fly counter to human nature.

They think it is victimless … kind of

I couldn’t let the “don’t need the money” comment pass, as it is a particular hot button of mine. I told him: “I know a lot of authors and quite a few musicians and filmmakers who really do need the money.”

He grew quiet and stared at the banner for a minute.

The money myth propels piracy more than anything else, in my opinion. It’s the all too common idea that if a creative work is widely available, the producer is clearly wealthy and part of the corporate machine.

However, due to the wide-scale disintermediation brought on by new technologies this isn’t the age of big labels any more. A great deal of what we consume is put out there by individuals struggling to make ends meet. I know Grammy Award winners who can’t afford to own their own home and prominent authors who work day jobs to supplement their income.

Most would continue to create even if they couldn’t make a dime, but as I told my visitor: “It’s a sad day when our artists can’t make a living creating the things we all enjoy so much and I think our world will suffer for it.” I was met with more silence.

We can’t change them … easily

Our visitor got a little defensive at that point, saying, “look, we’re just talking here”, and he left a few minutes later.

I don’t delude myself that I won the debate or that my words will affect his future actions. He is, at the core, just a consumer and consumers are creatures of habit. He will, in all likelihood, continue to grab whatever he “needs” whenever he thinks he “needs” it, but deep down inside I hope that maybe, just maybe, he’ll think a little more about the creators.

One individual aside, I think that awareness of these attitudes is key to us effecting meaningful change. Piracy is a moral issue that we have addressed poorly. The Motion Picture Association of America’s "You Wouldn’t Steal a Car" advertisements attempted to equate downloading to more readily understood criminal actions, but their points were heavy-handed and overblown for the average pirate consumer.

These aren’t car thieves; I’ve yet to meet a pirate who would readily hurt another person face-to-face. With that in mind, digital piracy can’t remain a faceless, victimless crime. We have to make the average pirate aware of the impact of his actions on actual individuals and all those who make a living from the product of their minds.

Liam Maddock is director of operations at DMCA Force. He can be contacted at: liam@dmcaforce.com