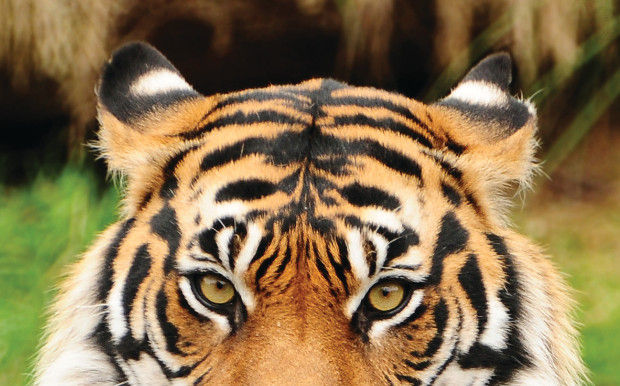 In the context of ever-increasing premiums for important domain names, the differences between the Indian dispute resolution policy and international norms are a cause for concern, as Pravin Anand and Raunaq Kamath explain.

With domain names like Insure.com selling for $16 million, it is clear that the value of online real estate has increased dramatically. Cybersquatters all over the world are registering domain names in bulk, a presumably easy way to ensure a quick profit. Rights holders are, therefore, increasingly resorting to dispute resolution mechanisms to recover domain names.

Domain name disputes pertaining to a generic top-level domain (gTLD) name are governed by the Uniform Domain-Name Dispute-Resolution Policy (UDRP). These disputes are entertained by a dispute resolution service provider approved by the Internet Corporation for Assigned Names and Numbers (ICANN), such as the World Intellectual Property Organization (WIPO) and National Arbitration Forum (NAF).

A domain name dispute concerning the country code TLD (ccTLD) name for India (.in) is governed by the .IN Dispute Resolution Policy (INDRP) and is overseen by the National Internet Exchange of India (NIXI).

While the INDRP and the UDRP follow similar procedures, the INDRP remains unique and is distinct from the UDRP. The most significant difference lies in the three criteria which a complainant must satisfy under the respective policies, namely:

(i) The domain name must be similar to the complainant’s trademark;

(ii) The registrant must not have rights or legitimate interests in respect of the domain name;

(iii) The domain name must be registered and/or used in bad faith.

The first difference is that under the INDRP, the absence of the conjunctive phrase “and” between the first and second element suggests that in order to succeed, a complainant may simply satisfy the first element. Alternatively, the complainant may satisfy the second and third element (which are conjoined with the phrase “and”) and not the first. However under the UDRP, the complainant is expressly required to satisfy all three elements.

However, such a literal interpretation of the elements prescribed under the INDRP can have disastrous ramifi cations. This can be seen with a disjunctive reading of the elements which implies that a complainant can obtain a remedy against a registrant who has legitimate rights in a domain name which is registered and used in good faith, solely by virtue of its similarity to the complainant’s trademark.

It must be kept in mind that the object of the INDRP is to counter cybersquatting, for which it is imperative that a complainant satisfies all three elements while seeking a remedy under the INDRP. Therefore, it is vital that the elements are interpreted conjunctively.

There are several other unique aspects of the INDRP in contrast to the UDRP, notably:

In UDRP proceedings, the complainant selects the provider (from the list of ICANN approved providers) who then forms an administrative panel which administers the proceedings, while under the INDRP, an arbitrator is appointed by NIXI to conduct the proceedings.

“IN UDRP PROCEEDINGS, THE COMPLAINANT
SELECTS THE PROVIDER (FROM THE LIST OF ICANN APPROVED PROVIDERS) WHO THEN FORMS AN ADMINISTRATIVE PANEL WHICH ADMINISTERS THE PROCEEDINGS.”

Under the INDRP a sole arbitrator is appointed to conduct the proceedings, while under the UDRP the administrative panel can consist of one or three panellists.

A party to an INDRP proceeding may request the arbitrator for a personal hearing to enter appearance and advance arguments to make its case; no such provision exists under the UDRP.

Under the INDRP, an arbitrator is empowered to award costs as deemed fit while the UDRP expressly limits its remedies to cancellation and transfer of the domain name.

Significantly, a fundamental difference between the policies is that under the UDRP a complainant may combine multiple domain names into one consolidated complaint. However, under the INDRP, the rules clearly stipulate that “a separate complaint is required to be filed for dispute relating to each domain name” [Paragraph 3(c)].

This poses a serious problem for a complainant who comes across an entity which wrongfully registers multiple domain names in clear violation of its rights and who, owing to Paragraph 3(c), is required to file separate complaints for each domain name. This is an onerous task which is not only expensive for the complainant, costing as much as $200 per complaint, but may lead to inconsistent decisions being passed with respect to the same trademark.

Recently, Dell Inc came across such an entity that had wrongfully registered 10 domain names comprising its trademark/name ‘Dell’ and suffixed with .in.

Although it seemed both expedient and practical to submit a single complaint consolidating the domain names under the INDRP, Dell Inc apprehended objections under Paragraph 3(c).

Dell Inc contacted representatives of NIXI to ascertain the permissibility of filing a consolidated complaint. NIXI accepted the necessity to bring about an amendment in the existing provisions to circumvent multiplicity of proceedings, especially when confronted with numerous decisions passed by WIPO, NAF and even the High Court of Delhi wherein multiple domain names were consolidated to form the subject matter of a single action.

However, they appeared reluctant to allow deviation from the INDRP especially with respect to an express provision contained therein.

However, to Dell Inc’s surprise, despite taking all the precautions and following up with NIXI constantly, each complaint was assigned to a different arbitrator.

It appears that until there is a significant amendment to the INDRP, starting with the abolishment of Rule 3(c), to bring it in sync with the UDRP and court procedure, an aggrieved party must file a separate complaint before NIXI for each domain name bearing in mind that each complaint will be assigned to a separate arbitrator and run the formidable risk of conflicting decisions, thereby defeating the entire process. The need for a renaissance is at hand.

Pravin Anand is managing partner at Anand and Anand. He can be contacted at: pravin@anandandanand.com

Raunaq Kamath is an associate at Anand and Anand. He can be contacted at: rau naq@anandandanand.com