Domain names in a post-Brexit world 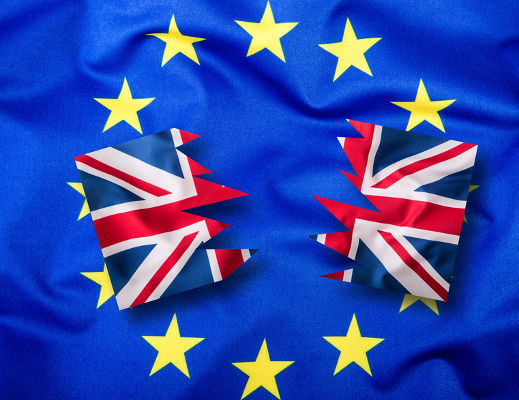 As the political fallout of Brexit continues Nick Wood, managing director of domain name management company Com Laude, takes a look at the effect on the slightly less discussed, but nevertheless important, area of domain names.

Let’s start with the obvious matter of the .eu domain name. Does Brexit have implications for UK businesses or individuals holding .eu domains?

The truth is that for many, this simply will not have crossed their minds at all and will be a very minor consideration at this time, but with approximately 300,000 .eu domains registered to British registrants it’s not an insignificant number of businesses and individuals who might be affected.

The issue as far as .eu is concerned lies in the .eu policy for domain registration which stipulates that the registrant must verify that it is:

So, what does this mean post-Brexit vote?

Eurid, the domain name registry for .eu domains, said: “As the next steps have still not been determined and the political and legal processes have not yet been initiated, note that no action will be taken against .eu or .ею (Cyrillic) domain names that have been registered by residents in UK.

“When further details are known about the timing and details of a UK exit, the European Commission will instruct EURid on how to proceed.”

It remains to be seen whether there will be any change at all as Brexit takes shape over the next couple of years.

We believe that whatever the outcome, for many this will be a non-issue: if you’re a large corporation you’ll likely have the ability to register domains in other eligible territories, through subsidiaries, etc, and if you have your domains registered through a corporate domain name registrar they’ll have practices for ensuring your names are safe.

Individuals and smaller businesses may face a little more challenge, although you can be sure there’ll be plenty of time to resolve any issues and there will be plenty of providers with solutions should this be necessary.

These restrictions are all based on location much like the .eu domain and require some form of European address for registration purposes. So for now, there won’t be any impact for UK businesses and citizens with domain registrations there, and in the longer term it is likely that these registries would reconsider their policies, so they don’t lose these registrations.

The .uk namespace is also relatively restriction free, like so many of the more than 1,000 top level domains (TLDs) now in existence. There are no restrictions on where you have to live to register a .uk domain. So, leaving the EU would have no direct impact on registrants of .uk names who were based in the EU or indeed anywhere in the world.

No change due to rules and regulations then, but what about change because of perceptions, emotional ties and desire to project a specific image?

Now here is where the implications become potentially more interesting.

“A leave vote in another Scottish referendum would probably be a shot in the arm for the .scot registry.”

With the UK sitting outside the EU, and the subsequent shock waves that may occur from time to time across the EU, there may be a sentiment shift that gives rise to a change in behaviours at a consumer and business level and which has a further knock-on to how businesses attempt to project themselves.

Research shows that in any country there tends to be a greater propensity to trust and therefore visit websites that use a local country code domain in preference to others, such as .eu or .com.

This preference comes from expectations, of price (being in £), local service/aftercare, and local delivery. Will that feeling of trust increase or decrease in a post-Brexit UK, and what will be the knock-on impact on desire for .uk domains? At the moment, no-one knows.

What if, as a result of Brexit, there’s another Scottish referendum or even the full breakup of the UK?

A leave vote in another Scottish referendum would probably be a shot in the arm for the .scot registry—if only because nationalist fervour would be rising, and the desire not to be associated with the UK would grow.

However, again there are no restrictions, so it would be all down to the emotional drivers associated with those names, which could in this case be strong ones.

Again, .london has no restrictions now (although there was a phased approach to its initial release which gave priority to Londoners), so there’s no change in store for registrants of these names.

With 59.9% of people who voted in the 33 London boroughs voting Remain there has been talk of London pushing for its own plans to remain a part of the EU. The likelihood of that coming to pass is very low, but the continued differences that are highlighted by votes such as the referendum lead to some in our capital city feeling disenfranchised within the UK, so it is possible that although the .uk domain is typically the most popular, there could be a growing groundswell of support for .london domains, as a statement of affiliation in itself.

Sense check behind the headlines

As with many of these kinds of issues, they make a potentially great headlines but aren’t necessarily all that significant in the long run.

However, the issues raised do potentially open the door to another set of questions which are faced by business owners as they review their marketing and business growth strategies.

With the introduction of more than 1,000 new TLDs in the last year many businesses are unsure of which way to turn when protecting their brands online. In this environment of change, many businesses are asking the question: is this domain the right one for me?

Many feel there’s another one they’d like in preference to the one they have, but maybe it’s registered to someone else. Some are also becoming more aware of the new TLDs that have come on stream and the increased options for naming.

Others will look at the new domains as a different kind of opportunity, not a full switch but the opportunity to create micro-sites, focused acquisition destinations where user-specific content is tailored to rank high in search.

This is a new world of domains. Brexit is unlikely to have any immediate effect. But in the long term, it may act a stimulus for individuals and businesses to review how they choose to portray themselves and make the most of the opportunities in the online world.

Nick Wood is managing director at Com Laude. He can be contacted at: nick.wood@comlaude.com