E-books: a sad tale of new territory for pirates 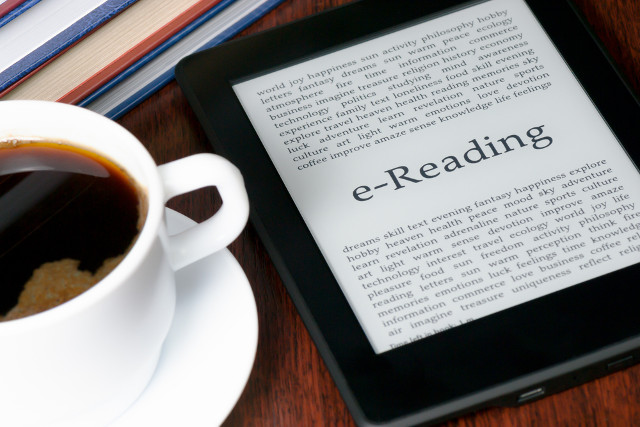 The rise of e-books has led to a growing amount of pirated content, and there is not yet a consistent approach to fighting it, although progress is being made, say Ulrike Grübler and Michael Schidler of Bird & Bird.

Online piracy is usually associated with music, movies and software. But the popularity of e-readers has also led to a growing e-book and e-paper piracy trend which is seen as a major hindrance to further growth of digital sales.

It is a challenge for publishing houses to develop digital programmes but at the same time protect their main asset—their intellectual property rights.

Although e-book and e-paper piracy is a global issue, its economic impact differs substantially depending on its location.

The “Global eBook Report 2015”, which gives an up-to-date overview of market trends and developments in the e-book sector, reveals how diverse the recognition of e-books is throughout the world.

Looking at continental Europe, sales figures of printed books have decreased in the last couple of years.

Although countries such as Germany and France experienced a steady decline in book sales, others were hit hard. For example, sales figures for printed books in Spain dropped by 12% from 2012 to 2013. At the same time, e-books emerged as an alternative, initially boosted by an increase of devices such as tablets and dedicated e-readers. But other than in the US, the European market share of e-books remains clearly behind the sales figures of printed books. The attitude towards e-books has shifted and the year 2014 marked a turning point, however.

In the UK, three out of five of the largest publishing groups showed double-digit growth in e-book volume, the report said.

At the same time, e-books have become a standard feature in Germany. This trend is not limited to e-books. According to the Verband Deutscher Zeitschriftenverleger, an organisation that represents several German magazine publishers, digital newspaper revenues are expected to grow substantially in the next three years, at least by 5% annually.

Piracy on the rise

It comes as no surprise that the rise of market recognition and availability of e-books as well as e-papers has led to growing piracy. No-one knows for certain how big the piracy issue in these areas, in terms of commercial loss, already is.

Around 45 homes of operators and subscribers of pirate e-book sites were raided as part of a German investigation into copyright violations and tax evasion in December 2014.

For Europe, there exists no official study on e-book or e-paper piracy. However, recent cases of bestsellers with documented massive legal downloads are convincing evidence that consumers have also learned where to find illegal offers.

In early 2015, “Submission”, the new novel of French author Michel Houllebecq, could be downloaded illegally before the official release of the book. Shortly before that, “Merci pour ce moment”, the memoir of French president François Hollande’s former companion Valérie Trierweiler, was the subject of high piracy demand.

Looking at the issue more generally, it has become clear that the ‘attractiveness’ of illegal content differs depending on the genre. This is confirmed by Andreas Kaspar, founder and chief executive of anti-counterfeiting company CounterFights Anti-Piracy. Kaspar has been assisting publishing companies in the fight against e-book and e-paper piracy since the problem emerged.

“Due to their high price and the great demand, the percentage of titles being subject to illegal copying is comparatively high. As a general rule, any e-book titles which aim at fast consumption or a digital target group will very likely appear on piracy platforms.”

Although there are parallels between e-book and e-paper piracy and the early days of illegal downloading of music or movies, there are some differences.

The illegal distribution of e-books is dominated by an interaction between file-sharing or one-click hosting platforms on the one hand, and websites through which links to these files are made available on the other hand. The files hosted on the servers of a one-click platform can be downloaded via unique links, which are published by the infringers on special websites.

Contrary to classic peer-to-peer services, the infringement potential of individual players is relatively small—rather, they depend on each other.

“It comes as no surprise that the rise of market recognition and availability of e-books as well as e-papers has led to growing piracy.”

Some illegal platforms enable the downloading of e-books in huge amounts, with many more titles than one can reasonably read. Other websites are closer to legal forms of distribution. They offer well-sorted libraries with additional information on the various titles, user ratings and community forums.

The platforms are located all over the world including Switzerland, Ukraine, Gibraltar, Russia and China, and this naturally complicates the enforcement of IP rights. The websites are making substantial money, in particular through referral fees, advertising and the sale of premium accounts. It goes without saying that none of this money is finding its way to the publishing houses or the authors.

There is not yet a consistent approach to fighting e-book and e-paper piracy. Some publishing groups focus on action against uploaders and downloaders of illegal content—a strategy applied by the music industry.

The UK-based Publishers Association set up a copyright infringement portal (CIP) to go after the profiteers of illegal downloading. The system offers a paid service that crawls the web on a regular basis and tracks titles that have been listed by the CIP’s customers. Whenever a title is identified as being offered for download without authorisation, a take-down notice is sent to the webmaster of the site. Early experience with this model showed a high compliance rate after take-down notices were issued. In 2013, French publishers association Syndicat National de l’Èdition adopted a similar system to the CIP.

There are also measures taken on the political side. The International Publishers Association (IPA) regularly raises the topic of piracy with key officials at international bodies, including the World Trade Organization and the World Intellectual Property Organization.

Cooperation with law enforcement agencies and partnerships in other creative industries have also been set up and led to initial successes in the fight against e-book piracy. In February 2012, the share-hosting service ifile.it and the link website library.nu were shut down in a novel approach coordinated by the IPA and Germany-based Börsenverein des Deutschen Buchhandels. The services offered a library of 400,000 e-books for free illegal download.

The questions of whether digital rights management (DRM) may help to limit piracy and how it is applied have been raised. Whereas several companies have used hard DRM for some time in order to stop the buyer of an e-book/e-paper from transferring the file to another device, there is also a shift towards other measures such as watermarking.

According to press reports, US-based HarperCollins replaced Adobe’s DRM service with an invisible watermark technology in 2014. In Sweden, Bonnier’s e-book distributor Elib has watermarked 80% of its content as an alternative to DRM.

The launch of Pottermore, introducing the “Harry Potter” series as e-books in 2012, received a lot of public attention. DRM will only be applied to the downloads if they are made through a Kindle or Nook reading device or lending system.

Readers can also download a DRM-free e-book. It carries a watermark which allows the publisher to track back a book to its source. The big players such as Amazon and Apple are operating their platforms with hard DRM systems.

Kaspar said that companies need a comprehensive approach to take action against illegal downloading and that DRM and watermarking of the original content can help.

He said there are “three levels of action” which can be applied.

“The main level is the screening of sharing platforms including take-down requests. The second level consists of civil legal action against infringers, including platform operators which profit to a high extent from e-book sharing. Finally, criminal sanctions may apply which may result in police raids.”

Ulrike Grübler is a partner at Bird & Bird in Hamburg. She can be contacted at: ulrike.gruebler@twobirds.com

Michael Schidler is an associate at Bird & Bird in Hamburg. He can be contacted at: michael.schidler@twobirds.com