Fair use: has the defence gone up in smoke? 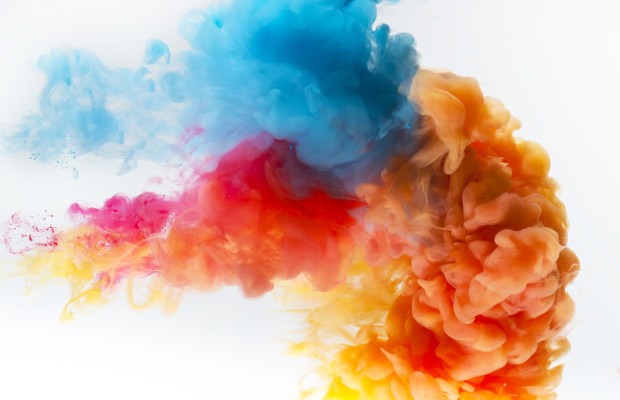 Steven Levy, president of the Accent Law Group, takes a look at the fair use of trademarks in domain names and whether a series of UDRP decisions calls that principle into doubt.

In many countries around the world the free expression of ideas is a highly protected right and is considered a cornerstone of the functioning of a free and open society.

It’s expressly set out in the First Amendment to the United States Constitution which states that “Congress shall make no law … abridging the freedom of speech”.

Of all forms of speech, perhaps the most highly protected are those relating to criticism and politics.

How does free speech stand up next to trademark rights and the ability of brand owners to prevent the misuse of their hard-earned reputations?

The courts, and even some legislators, have fashioned a concept called “fair use” which allows the limited use of a trademark for the purposes of comment upon, admiration for, and especially criticism of, a brand owner’s products or services.

As long as the person engaging in such conduct isn’t trying to profit from the brand or otherwise compete commercially with it, there’s a good chance a fair use defence will hold up.

Fair use in the UDRP

The Uniform Domain-Name Dispute-Resolution Policy (UDRP) specifically addresses this concept in section 4(c)(iii) which notes that a domain owner can demonstrate that it has rights or legitimate interests in a domain name where it is “making a legitimate non-commercial or fair use of the domain name, without intent for commercial gain to misleadingly divert consumers or to tarnish the trademark or service mark at issue”.

To clarify, the clause about tarnishing a trademark has been interpreted to mean that a domain owner is seeking to destroy the brand’s reputation through lies, misquotes, etc, and does not prohibit harm to a brand caused by the actions of the brand owner which are being criticised.

UDRP panels have upheld the use of trademarks in many prior decisions where the accused domains, and their resulting website content, have been used to express criticism of the brand owner or its products and services.

For example, in a now well-known case involving the domain fuckcalvinklein.com, the panel denied the complaint stating that “the addition of the graphic vulgarity ‘fuck’ means that the domain name is neither identical to the Calvin Klein mark nor is it confusingly similar.”

In another case, the domain maracutaiasnapetrobras.com (Portuguese for “dirty tricks Petrobras”) hosted a website intended to be a bulletin board for news, interview links and postings that are generally critical of the large Brazilian petroleum company.

In this case, the panel held that where traditional free speech such as criticism is portrayed on a website, non-commercial use of a domain name is legitimate where it does not “obstruct access to a complainant’s website or confuse the public about the website of the trademark holder”.

It also held that “honest and legitimate fair-use criticism does not constitute tarnishment”.

Further examples of the section 4(c)(iii) fair use defence may be found in the legion of “sucks” cases where that word is appended to the end of a trademark to indicate that the domain and its website are intended to be critical of the brand owner.

In fact, in the new generic top-level domain (gTLD) launch there is an entire top level known as .sucks whose business model is completely predicated upon the fair use/free speech defence.

A series of questionable decisions

Against this backdrop, panels in a series of cases between the same parties appear to have taken an approach that brings into question the fair use defence of section 4(c)(iii).

In a 2015 case brought by the tobacco company Philip Morris the respondent hosts an anti-smoking website at the domain philipmorrisgripesite.com which contains an array of links and information about the hazards of cigarette smoking.

For its part, complainant acknowledged that the respondent had operated a gripe site but claimed that it was intending to divert complainant’s customers illegitimately and that its domain names caused confusion with the Philip Morris trademarks despite their use of additional, derogatory words.

“The panel held that ‘respondent’s bad faith use or registration may not be defended by any claim that using a confusingly similar domain name is protected by free speech rights’.”

The respondent defended, claiming that it makes fair use of the domains as permitted under section 4(c)(iii).

The panel first addressed the likelihood of confusion, noting that each of the accused domains does, in fact, incorporate complainant’s trademark and that “adding a generic term to a complainant’s mark does not alleviate confusing similarity”.

While this holding seems to disagree with that of the Calvin Klein case, I feel it’s within the realm of established UDRP precedent, since confusion is considered a mere threshold test for complainants.

Where things start to veer into strange territory is in the panel’s discussion of the next two UDRP elements: whether the respondent has any rights or legitimate interests in its domains and whether it registered and used them in bad faith.

To my surprise, the panel expressed the view that under the UDRP a disputed domain is to be considered separately from the website content to which that domain resolves.

The panel noted: “A respondent has a right to comment or criticise complainants’ business practices, but respondent had no right to do so in this manner, namely registering a domain name which contains the entire ‘Philip Morris’ mark.”

In support of this position the panel cited a 2014 case between the same parties in which the domain philipmorrisusa.info was ordered transferred to the complainant.

In that case, the panel held that “respondent’s bad faith use or registration may not be defended by any claim that using a confusingly similar domain name is protected by free speech rights.”

Fast-forward to 2016 and yet another decision involving the same parties and the domain philipmorrisgripesite.com.

When can fair use happen?

My question for the panels in each of these cases is: if a respondent cannot claim free speech rights where a domain incorporates a complainant’s trademark, regardless of the other words in the domain and the content of its website, what’s left of the section 4(c)(iii) fair use defence? In what fact scenario could this defence be successfully argued?

It brings into question the entirety of the fair use defence as well as years of contrary UDRP precedent to say that if you use a brand in a domain name you’re doomed, regardless of the web content or other words in the domain name.

For example, if the domains philipmorrisprotest.org, ihatephilipmorris.com or even smokingphilipmorris.sucks were registered and they resolved to non-commercial pages which contain nothing but anti-smoking messages, would these panels nevertheless find that they violate the UDRP?

It will be interesting to follow these cases and see if their reasoning is picked up by other panels faced with section 4(c)(iii) fair use defences.

Or, will such reasoning be rejected as an improper chilling of online free speech?

A court appeal of one of these decisions by the respondent would certainly make for some interesting reading.