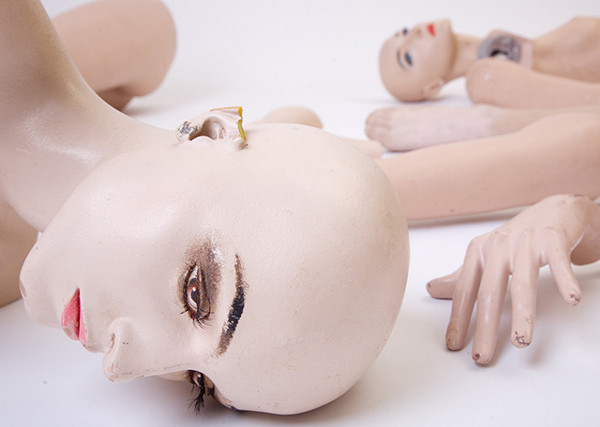 Partnerships between fashion retailers and high-end designers, both online and on the high street, could help eliminate some of the incentive for consumers to buy counterfeit goods, although some in the industry remain sceptical. TBO investigates.

How do you measure the success of a brand? For Patrizio Bertelli, chief executive of Prada, success is determined by how many people want to copy you. “Fake goods aren’t totally bad ... we don’t want to be a brand nobody wants to copy.”

Bertelli’s comments echo pessimism within the fashion industry over the issue of counterfeiting. Beginning with Coco Chanel’s repetition of 19th century cleric Charles Colton’s phrase “imitation is the sincerest form of flattery”, up to David Wall’s report, Jailhouse Frocks, in which he argues that the proliferation of counterfeit products could be a good thing for luxury brands, some in the fashion industry accept that counterfeiting is a problem that is here to stay.

Ashlee Froese, partner at Gilbert’s LLP, however, rejects this line of thought. “Counterfeiting is a big problem in the fashion industry, because you’re stealing the greatest asset a designer has and that is creativity. That is their main asset, their main product.”

“Don’t think because fashion is everywhere it should be precluded from IP rights,” she adds.

Her argument is that this is a problem not just for luxury brands, but for all designers, small and large. “It is also happening to the independent designers, who don’t have the monetary power to fight everything.”

Trading online in the fashion industry is growing every year. The British Retail Consortium reported that in 2013 24 percent of clothes and 30 percent of shoes were bought online. Increasingly consumers are turning to online retailers to meet their needs.

Brands are following consumers online. Froese states that “e-commerce is becoming a big force. Shopping online has become so big that some retailers now say their bricks and mortar stores are really just part of their marketing.”

Shopping online, however, is not without its problems. The annual Special 301 Report published by the Office of the US Trade Representative concluded that this year the number of counterfeit goods sold online will surpass the number sold by street vendors.

The ease of setting up a professional looking website can also contribute to the problem, Froese says. “When you’re dealing with flea markets, you at least see a person. With e-commerce you can buy up and close websites in an instant.”

Commercial partnerships between retailers in the high street and brand owners have produced a model for providing consumers with luxury brands. Under this model, luxury designers open up a new line of clothing, at an affordable rate, and sell their items through established high street retailers.

For example, in 2011 fashion label Missoni established a commercial partnership with high street retailer Target to sell a line of clothing at an affordable price.

Froese says: “What we are seeing is an alternative way to those two markets through co-branding and short-term licensing agreements between the two. You’ll also see this at stores such as Topshop and H&M, where a named designer has a limited line with one of these high street retailers.”

New digital avenues that could potentially offer solutions to counterfeiting have opened up for brand owners and fashion designers, including online partnerships between brands and retailers.

‘Flash sales’ websites, for example, are partnerships between retailers and designers where users are able to purchase unsold stock at discounted rates for a limited period of time. Because consumers have to register as members, it means designers can get to know their customer base on a personal level.

The Peacock Parade is a Toronto-based online retail website set up by ex-lawyer Jan Gandhi. It is a flash sales website that has entered into numerous partnerships with designers and brands. Gandhi says it is “the discerning shopper’s answer to elite e-commerce”.

The sales on The Peacock Parade’s website last between three and seven days, with all items reduced by up to 80 percent from their original retail value.

Consumers can trust the authenticity of sites such as The Peacock Parade because they are authorised by designers to sell their products. There have, however, been questions raised over who is responsible for the enforcement of trademark rights. Is it the duty of the trademark owner to ensure that unauthorised copies of its products are not sold, or should retailers, small and large, ensure that what is traded on their sites does not infringe existing IP rights?

"the 'anonymity' behind people running such sites can deter brand owners from believing they can prevent cybersquatting."

In 2010, jeweller Tiffany sued retailer eBay for trademark infringement and false advertising. Tiffany claimed that counterfeits of its products were being sold on the website and that it was the responsibility of eBay to prevent this. The judge ruled in favour of eBay and the decision has since established that the responsibility to stop the selling of counterfeit goods rests with the trademark owner.

The ruling has provided space for new retailers to establish themselves within the market without the fear of prosecution or costly procedures to monitor what is sold. “It gives us comfort in the fact that we are not responsible for policing counterfeit goods,” says Gandhi.

“Being a small company actually helps us ensure that we are not violating existing trademarks, because we have visibility and control.”

E-commerce, however, does give the industry a set of new problems in combating the trade of counterfeit products. Counterfeiters are able to find new portals via which to sell unauthorised products and reach unsuspecting consumers who are susceptible to professional looking websites. Cybersquatted sites can confuse customers by using domain names that violate existing trademarks.

Froese explains: “Cybersquatted domain names are redirecting traffic that would have rightly gone to the trademark owner. They are selling the counterfeit products, and trading off the goodwill of brand owners.”

There is, however, reluctance within the fashion industry to pursue litigation against cybersquatted domains. Froese notes the “anonymity” behind people running such sites can deter brand owners from believing they can prevent cybersquatting.

“There is a misconception that if it is on the internet, it is untouchable—it is unknown,” Froese says.

She is clear however that litigation is not always the best strategy for brand owners. “The first thing is to work out what are the best IP regimes. Number two, monitor. See what is going on in the marketplace. Unfortunately, nobody is going to be your watchdog, although there are third party service providers and enterprising companies that will assist and monitor. The knee-jerk reaction of sue, sue, sue may not be the best thing.”

Commercial partnerships between retailers and luxury designers, both online and on the high street, can offer consumers big brands at affordable prices, thus eliminating some of the incentive to purchase counterfeit products.

To some designers, the internet is a difficult space to enforce trademark and design rights. This apparent difficulty, however, does not need to prevent designers from getting creative in their approaches to enforcing existing IP rights.

For Froese, commercial partnerships demonstrate that “there are ways to infiltrate different price points in a legitimate way. Limited licensing and co-branding with high street retailers are beneficial and keep the hype going, benefiting both brands in the process”.

Counterfeiting is a serious problem for designers, big and small. Governments lose tax revenue, basic employment standards are not met and consumers could suffer health and safety problems with unauthorised clothing. Luxury brands will always attract high demand and it is important that designers confront the problem with new lines of clothing and sophisticated marketing strategies.

If the incentive to purchase counterfeit products could be eliminated, consumers might find that imitation is not necessarily the highest form of flattery, but rather, to quote the philosopher John Stuart Mill, “all good things which exist are the fruits of originality”.