Feeding discontent: what the rise of one gTLD means for brands 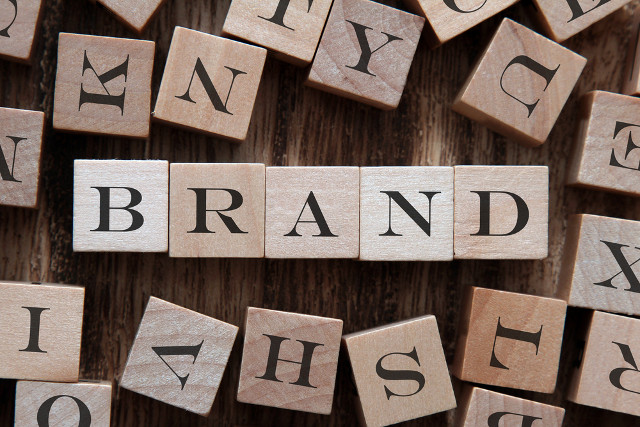 The .feedback gTLD provides a new way for consumers to comment on and criticise brands, but not everyone is convinced by its business model. TBO reports.

How would Donald Trump, who is vying to become the Republicans’ US presidential candidate, rate his experience with Fox?

Following his battle with Fox News presenter Megyn Kelly during the first Republican debate earlier this year, maybe not too positively. Trump called some of Kelly’s questions “ridiculous” and “off-base”.

If Trump wanted to voice his opinion he could set up a personal blog, tweet, or post something on Facebook. Fortunately for the business mogul-turned-politician, he is in the position of having the mass media cling onto his every word.

For others, in addition to social media and personal websites, there is a new way for consumers to measure their experience with a brand online: the .feedback generic top-level domain (gTLD), managed by the registry Top Level Spectrum.

The sunrise period for the domain started on October 20 and is due to end in the New Year.

The website is currently live and resolves to a page hosting two statements/questions about Fox: “Please rate your experience with Fox” and “How likely are you to recommend Fox to a friend or co-worker?” At the bottom is a box asking users to provide feedback on the broadcaster.

As well as paying to register a domain with a .feedback string, brand owners have to pay a fee on top in order to have the domain resolve to a location of their choosing. If not, the domain sends users to a survey website rating the company on a scale of 1 to10.

Westerdal, in a blog post published on November 5, countered that domain owners will be able to “use domains they purchase” in a way of their choosing. He continued that the domain is intended to “facilitate customer feedback” by empowering consumers to register a domain with a survey mechanism to measure the quality of its service.

Nike and Starbucks run separate Twitter handles (@Nikesupport and @MyStarbucksIdeas) to enable consumers to get directly in touch at the click of a mouse.

He says the controversy is “puzzling”.

However, he says that if the registry is “charging an extortionate amount to register and then even more to activate—then it becomes slightly controversial.”

Earlier this month, domain name blog DomainIncite reported that 5,000 .feedback strings containing the names of the world’s top brands were handed over by Top Level to a third party that will administer the survey mechanism.

Serlin says this is “not really what the new gTLD programme was designed for” and that he will pursue the matter of whether it breaks any rules with ICANN.

It is arguable that this issue was unexpected. Top Level’s ICANN Registry Request Service filing is described by Serlin as “bare bones at best”.

From the consultation that the registry has already completed, Top Level states that it doesn’t believe “there is a defined community according to ICANN applicant guidebook definitions”. On intellectual property issues, the registry says there are none.

One in a million

Gareth Dickson, an associate at law firm Cooley, says it is not yet clear how the registry intends to tackle potential passing off claims in the UK following the 2014 decision in Vertical Leisure Limited v. Poleplus Limited, where the IPEC held that the English Court of Appeal’s landmark ruling in BT v One In A Million, which states that the registration of a domain name incorporating a distinctive trading name can amount to passing off, remains good law.

“How this registry (and the third-party recipient of the 5,000 domain names) is going to deal with these areas of law, particularly where a domain name incorporates a UK trademark, is going to be a huge issue for them,” he adds.

The internet is a space for free flowing ideas and the sharing of experiences. An individual’s negative experience can go global in a matter of hours, destroying the goodwill of a brand in the fraction of the time it took to build its identity.

It is for that reason that so many brands invest in social media to engage with consumers.

Nike and Starbucks run separate Twitter handles (@Nikesupport and @MyStarbucksIdeas) to enable consumers to get directly in touch at the click of a mouse. For most brands a Facebook page is mandatory to allow its consumer base to dish out likes and input comments freely.

So is another forum necessary?

Serlin is not convinced. “I don’t know if introducing yet another way to interact with their customers makes the most sense from a customer engagement, customer interaction standpoint.

“I’m all for the notion of free speech, but I just think that dictating how that is going to be managed on a platform that isn’t your own presents a world of potential problems,” he adds.

Dickson agrees. He says the .feedback gTLD “seems to be more like a relatively basic online forum than a cutting-edge innovation”.

He is also unsure whether brands will opt to register defensively. He says there is a certain amount of “defensive registration fatigue”.

“Brand owners have also had two years of getting to see how their brands are being used and abused in the new gTLD programme, so their decision-making processes are now based much more on experience of what trends have been observed, rather than concern over what trends might develop.”

For van Gelder, the success of the new gTLD programme is that it “incentivises” brand owners by making it cheaper to activate the domain name.

Westerdal says he sees the .feedback model in line with ICANN’s core values of “creativity” and “innovation”, and it allows internet users with low cash resources to set up a platform to discuss a brand for the price of a domain registration. He wants to see domains function as more than just a DNS delivery vehicle.

Serlin says that while .feedback is not as “objectionable” as .sucks, he will not be advising trademark owners to register a string. But he does understand that companies have differing levels of tolerance and may feel safer with registering a domain.