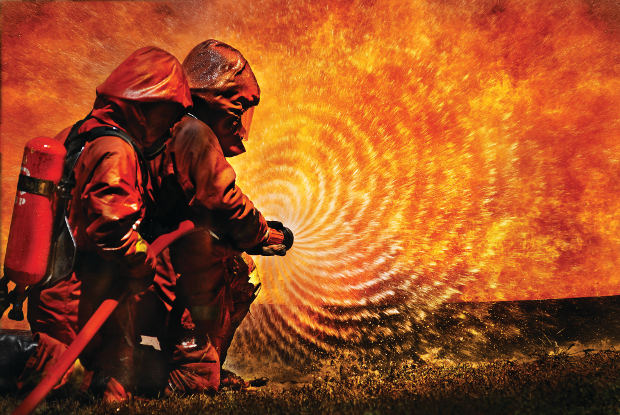 Good crisis management should form a key part of any online branding strategy. TB&I looks at the lessons to be learned from some of 2012’s most high profile PR disasters.

Twitter hashtags—a way of grouping tweets by using a phrase preceded by a hash symbol—can increase online reach, attract new followers and ensure people are talking about your brand. But while they can be a valuable marketing tool, they should be treated with caution, as McDonald’s and Starbucks learned in 2012.

In January, McDonald’s asked Twitter users to share their experiences of dining at the fast food chain using the hashtag ‘#McDStories’.

McDonald’s was probably expecting nostalgic tweets reminiscing about mouth-watering Big Macs and hot fudge sundaes. What it got were gruesome tales of fingernails in food and chicken nugget-induced vomiting. Animal rights group People for the Ethical Treatment of Animals even joined in, using the hashtag to link to a story accusing McDonald’s of using mechanically separated meat (which it promptly denied).

McDonald’s tried to pull its disastrous campaign just two hours later but by this time, ‘McDStories’ had gone viral and was still being talked about online almost a week later.

The coffee chain had purchased advertising space at London’s Natural History Museum—home to an outdoor ice rink during the festive season—which it used to display a live feed of tweets using this hashtag.

Instead of celebrating the warm spice of a gingerbread latte, Twitter users hijacked the phrase and used it to berate the company for allegedly failing to pay its corporation tax. Due to a technical glitch, offensive tweets were not filtered and skaters were treated to a rolling feed of insults such as ‘Hey @Starbucks! PAY YOUR F****ING TAX!’.

For any brand engaged in controversy or that incites a mixed public reaction, hashtags are almost guaranteed to lead to widespread ridicule or abuse, which means as a promotional tool, they’re best left to scandal-free businesses with high levels of customer satisfaction—UK supermarket Waitrose, for example.

In September last year, Waitrose asked Twitter users to finish the sentence ‘I shop at Waitrose because …’ using the hashtag ‘#WaitroseReasons’. Within minutes, the retailer was inundated with comments such as ‘because I think food must automatically be better if it costs three times as much’ and ‘because I absolutely detest being surrounded by poor people’.

Waitrose’s campaign was hailed as a disaster, but it attracted global media attention and reinforced the image of Waitrose as the affluent shopper’s destination of choice; largely because users had little scathing to say about it. But as Waitrose discovered, even the most positive hashtags are likely to be mocked by users, so to avoid unnecessary embarrassment, it’s wise to think of the worst way the hashtag could be misused before deciding to post it online.

In July 2012, environmental charity Greenpeace launched Arctic Ready, a spoof site designed to look like Shell Oil’s but featuring fake advertisements about oil drilling in the Arctic. One image featured a photograph of the polar ice caps accompanied by the slogan ‘It’s time to melt some ice’, while another used a lone polar bear with the caption ‘He can’t run forever’. A fake Twitter account and Facebook page were also set up.

The Internet is full of parodies, most of which are humorous and/or clearly identified as fake. But for Shell, there was a real danger of consumers mistaking the site for its own. But while it could have pursued legal action against Greenpeace for trademark infringement or defamation, there is no guarantee it would have been successful. When it comes to parodies, says Dan Smith, head of Wragge & Co’s advertising and marketing law team, doing nothing is often the best policy.

“THE MORE PROACTIVE A BRAND IS IN HANDLING A CRISIS, THE MORE LIKELY IT IS TO RECOVER FROM IT.”

“Brand owners might not be able to laugh along with parodies but they do need to develop a thick skin. Any action against a parody account owner is likely to draw more attention to the issue and risk causing more PR damage in the long run,” he explains.

“That said, there are clearly occasions when it is necessary to have an account removed—for example, when there is an element of phishing involved, or when the account is being used for a genuinely damaging campaign of defamation, particularly where the joke is not obvious and there is widespread and harmful confusion,” he adds.

Whether it’s a light-hearted joke or something more serious, Smith says brand owners need to consider whether taking action will risk that brand looking as though it has no sense of humour, can’t take criticism or even has something to hide.

“For Shell, taking action against a campaigning group like Greenpeace would usually be counterproductive,” he adds.

The viral nature of social media makes it easier than ever before for brands to reach a global audience. But it also means that just one inappropriate post can cause an international outrage.

In July last year, a Burger King employee posted a picture of himself standing in bowls of lettuce with the caption ‘This is the lettuce you eat at Burger King’ on image board 4Chan.

4Chan users were disgusted and within 15 minutes, had used GPS data to locate the offending employee in the US state of Cleveland. Burger King was also quick to react, firing the staff member involved and sending a statement confirming it had done so to national and international media outlets. By the time it did so, however, the picture had been tweeted, shared and used to create a range of memes and spoof videos using the Burger King slogan ‘have it your way’.

An employee at cookware shop Kitchen Aid also incited outrage last year when he accidentally sent a tweet from the store’s official account, rather than his personal one, which joked about the death of President Barack Obama’s grandmother using the hashtag ‘#nbcpolitics’.

The employee responsible was fired but instead of delivering the news via a press release, Cynthia Soledad, Kitchen Aid’s vice president, took to Twitter to apologise personally and invite offended users to contact her directly.

For Burger King and Kitchen Aid, their employees’ pranks caused global embarrassment in a matter of minutes. But by taking immediate action, both brands successfully minimised the risk of lasting or serious damage.

Burger King has also been the victim of hacking. In February this year, its logo on Twitter was replaced with the McDonald’s one and its bio altered to include a claim that it had been sold to its rival. The anonymous hacker then tweeted details of McDonald’s promotions from Burger King’s account.

The hack was short-lived and it did have some positive consequences—as news of the hack spread, Burger King gained 30,000 new Twitter followers. But it was also a worrying reminder of how vulnerable brands are on social media and how easily their trademarks can be abused.

“Brands need to recognise the value of their social media assets and protect them accordingly,” says Smith.

“There is no excuse for not taking sensible precautions such as using the most secure passwords and taking care over who has access to them, as well as using management tools to ensure that employee access to accounts can be easily revoked,” he says.

Sportswear brand Nike is well known for its high profile advertising campaigns featuring some of the world’s most celebrated athletes.

However, in February this year the company had to suspend its contract with Paralympic sprinter Oscar Pistorius after he admitted shooting dead his girlfriend at their home in South Africa. At the time he was arrested, Pistorius featured in an ad on Nike’s website under the slogan ‘I am the bullet in the chamber’.

Nike pulled the ads immediately and suspended the contract one week later. But as Internet users pointed out in a series of online memes, it’s not the first time an athlete affiliated with the company has been involved in scandal: in October 2012, Nike terminated its contract with cyclist Lance Armstrong after he was stripped of his Tour de France titles for his involvement in illegal doping and in 2009, it was left red-faced when client Tiger Woods was revealed to be a serial adulterer.

While it’s impossible to prevent a client behaving badly, James Hennigan, a partner at Squire Sanders who specialises in sports, branding and IP law, says there are measures brands can take to limit the damage done if a sponsorship campaign turns sour.

“Sponsorship deals can be high risk but with high rewards. The best thing a brand can do to protect itself is insert a morality or good behaviour clause into its contract with a sports star or celebrity. These clauses allow the brand to terminate a contract, and possibly recover payments made to a celebrity if that person misbehaves,” he says.

As Hennigan points out, though, there is a fine balance to be struck between protecting your assets and deterring potential clients.

“There should be measures in place to allow for a quick and clean escape in the case of a high profile scandal, but brands have to weigh up whether it is worth terminating a contract from both a legal and a public relations perspective, and it should be reserved for serious cases. If a brand is seen to terminate a contract the moment an athlete steps a little out of line, others maybe discouraged from agreeing to endorse that brand,” he adds.

Sonia Patel, a senior associate at Field Fisher Waterhouse, says brands should also maintain a close relationship with an athlete’s representatives, particularly those responsible for their public relations and social media activity.

“Parties can then work together in making appropriate statements and sending out the right messages in all relevant media. The more proactive a brand is in handling a crisis, the more likely it is to recover from it,” she says.

“However, when making such statements in social media, the brand should bear in mind that the tone of any such messages is tailored to the target audience. For example, a corporate message which might be included in a press release may not be suitable for a Twitter or Facebook audience and humour should be used very carefully,” she adds.