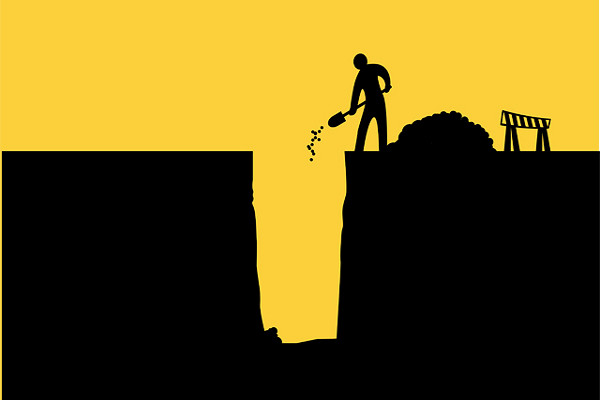 With the US government intending to transfer its control over the domain name system to the ‘global multi-stakeholder community’, ICANN may become even more powerful. But with increased power comes greater responsibility, as Flip Petillion explains.

In March this year, the US National Telecommunications and Information Administration (NTIA) made a major announcement that became a key subject during ICANN’s 49th meeting in Singapore from March 23 to 27. The NTIA said it wants to hand over key internet domain name functions to the global multi-stakeholder community.

As the first step, the NTIA asked ICANN to consult stakeholders in order to develop a proposal for transitioning the NTIA’s role in coordinating the internet’s domain name system (DNS). The NTIA’s responsibility includes administering changes to the authoritative root zone file—the database containing the lists of names and addresses of all top-level domains (TLDs)—as well as serving as the historic steward of the DNS.

A key organisation for the internet, the NTIA is the US agency principally responsible for advising the US president on telecommunications and information policy issues. Its programmes and policy-making focus largely on expanding broadband internet access and use in the US, and ensuring that the internet remains an engine for innovation and economic growth.

"The internet community is expecting an acknowledgement by ICANN, not of its role as a facilitator but as an entity responsible for its own actions."

The NTIA currently holds a contract from ICANN under which it carries out the Internet Assigned Numbers Authority (IANA) functions. The IANA contract provides ICANN with the ability to assign new country-code TLDs and generic TLDs. As part of its announcement in March, the NTIA expects ICANN to work collaboratively with directly affected parties, including the Internet Engineering Task Force, the Internet Architecture Board, the Internet Society, the Regional Internet Registries, TLD operators, Verisign (which the NTIA holds a contract with), and other interested global stakeholders.

The NTIA requires broad community support and for a proposal to address the following four principles, to:

•  Support and enhance the multi-stakeholder model;

•  Maintain the security, stability, and resiliency of the internet DNS;

•  Fulfil the needs and expectations of global customers and partners of the IANA services; and

•  Maintain the openness of the internet.

The NTIA said it will not accept a proposal that transitions its role to a government or an inter-governmental organisation.

Transitioning the NTIA’s role marks the final phase of the privatisation of the DNS, as outlined by the US government in 1997. From the inception of ICANN, the US government and internet stakeholders envisioned that the US’s relationship with the IANA functions would be temporary. The Commerce Department’s 1998 statement of policy made clear that the US government “is committed to a transition that will allow the private sector to take leadership for DNS management”. IANA’s current contract expires on September 30, 2015.

This newest development was big news and was welcomed at the latest ICANN meeting. EU commission vice president Neelie Kroes—who, in the communication on internet policy and governance of February 12, 2014 called for the globalisation of the IANA functions—defined this as a “historic step in making internet governance truly global” and “major progress towards the development of a multi-stakeholder model”.

The outcome will be that the US no longer has a final say in changes to globally-used data on TLDs.

Can ICANN cope with this task?

The NTIA also said that “ICANN as an organisation has matured and taken steps in recent years to improve its accountability and transparency and its technical competence”. But is that really the case?

There seems to be unanimity in the call for an accountable transition. As US senator John Thune stated publicly in March: “There are people who want to see the internet fall into the grip of the UN or who would allow ICANN to become an unaccountable organisation with the power to control the internet, and we cannot allow them to determine how this process plays out.”

The question, however, is whether, given recent developments, the internet community has now been left with an accountability vacuum. The US government played an important role—albeit a very limited one in recent years—in ensuring IANA was doing the work it was tasked with. With the removal of the US government, mechanisms or structures will need to be put in place in order to assume that role of accountability. The internet community is eagerly awaiting proposed solutions.

At ICANN 49, chief executive Fadi Chehadé spoke at length about the “IANA accountability transition”. He referred to the technical part of the internal accountability, where he sees ICANN as a facilitator of protocols and policies put in place by the supporting organisations, which include its policy-making bodies.

So, ICANN looks quite self-confident about maintaining the technical side of the IANA functions. But what role does ICANN want to play? And what role does the internet community expect ICANN to play?

The meaning of accountability

The internet community is expecting an acknowledgement by ICANN, not of its role as a facilitator but as an entity responsible for its own actions. There was a lot of confusion on this subject during ICANN 49. With Chehadé having communicated his intention for ICANN to become a globally inclusive and collaborative organisation, the key question will be the following: ‘regardless of ICANN’s future mission and structure, how will it be legally responsible and ultimately liable for its actions?’

Accountability can be taken to mean good governance, transparency, and responsiveness. We expect an accountable ICANN to be transparent, to explain its actions and to justify them. The accountability debate at ICANN 49 appeared to be limited to ICANN’s internal accountability to those who actively participate in each of the various ICANN constituencies. The problem is that the vast majority of internet users do not participate in—let alone know of—ICANN's activities.

There is, therefore, a need to ensure that ICANN is accountable externally, to the global internet community. The only true external accountability mechanism that ICANN currently has is its accountability to the US government under its current contracts. ICANN’s role is of course important to all countries of the world. There is clearly no international consensus (yet) on the creation of a new organisation to exercise ICANN’s role, or on the delegation of that role to some other existing organisation. The question is whether the internet community is currently pursuing such a consensus.

Accountability also includes responsibility and liability, which are legal concepts. We expect ICANN to be responsible for its own wrongful acts. We expect it to be liable for the consequences of its actions (or non-actions), regardless of the intentional or unintentional aspect of its conduct.

We also expect alternative solutions to be offered in cases where ICANN fails to deliver or when it fails to act in a timely manner. Ultimately, legally speaking, this means the payment of damages—a remedy nobody should be seeking in the internet ecosystem, where continuity of business is the real objective. The liability concept also requires an appropriate forum that can be asked to rule on ICANN’s performance (or its failure to perform), grant relief and, ultimately, force ICANN to comply with the relief granted—and to do all of this in a timely and independent manner.

Under the present rules, initiatives that are meant to remind ICANN of its responsibility and, ultimately, of its liability, are discouraged. Interested parties are required to go through a series of lengthy and costly proceedings. They must first initiate a request for reconsideration, which is a request to the ICANN board to review or reconsider an action (or inaction) by ICANN or its vendors. If unsuccessful, parties can initiate an independent review process (IRP).

An IRP is, however, expected to be preceded by a cooperative engagement process (CEP). The CEP is conducted on a confidential basis and is meant to reach a definitive agreement on the resolution of the issue, focusing on the open issues and avoiding an IRP. A CEP may refer a matter to the ICANN board. The CEP is highly recommended because its recently amended rules state that an IRP may be followed by a claim by ICANN for the costs it incurs when responding.

Clearly, any party should be able to test reasonable questions of fact and law in legal proceedings involving ICANN. And any party should be allowed to seek redress through effective dispute resolution mechanisms. In an environment that has become undoubtedly more international, the legal structure and incorporation of ICANN raise questions on conflicts of applicable law and jurisdiction as well as enforcement.

Rather than searching for impunity, shouldn’t the organisation that takes on more functions also affirm its commitments with increased responsibilities towards the entire internet community?

Flip Petillion is a partner at Crowell & Moring LLP. He can be contacted at: fpetillion@crowell.com