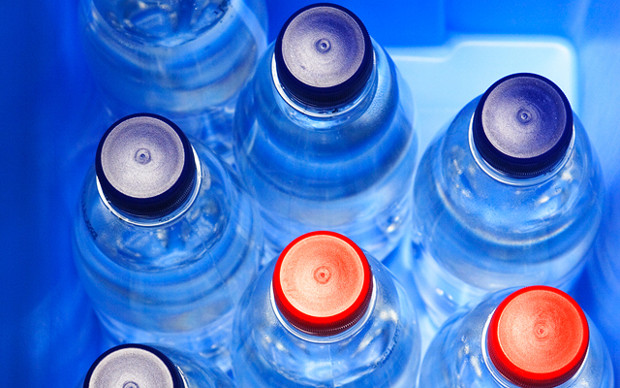 Fluid trademarks offer a new way for brands to engage with their customers, but given their shape-shifting nature and short shelf life, protecting them with IP is not straightforward. TBO investigates.

Even if the term isn’t familiar, the chances are you’ve already seen a fluid trademark.

Used to great effect by brands such as Google and Absolut, as well as UK broadcaster Channel 4, fluid trademarks are those presented in an unconventional way. An old logo may be recast in different colours, given some movement or merged with different images to make it more suited to the digital world.

For example, visit Google’s homepage on any day and you’re likely to see a reinterpretation of the standard Google logo, or what has been dubbed a ‘Google doodle’.

Fluid trademarks invite interaction, and can transform a brand’s engagement with a customer into a two-way relationship. But while they offer a way for established brands to refresh or update their marks, they also present a trade-off between brand dynamism and integrity.

“The fluid trademark is an excellent marketing tool, to some extent even more so than a trademark,” says Flip Petillion, a partner at Crowell & Moring LLP in Brussels.

“It can be very useful because it brings your core trademark to people’s attention in a total different way. It is even more useful if you have several fluid versions that are released at regular intervals or at some special occasions.”

Once a brand has established itself in the world and is sufficiently recognisable, it can afford to push the trademark’s boundaries and play with it in different ways.

“There may be novelty in the unexpected, and the versatility that fluid trademarks provide can lead a brand to be recognised as contemporary, imaginative or dynamic, create greater awareness and engage a wider audience,” he adds.

Lee Curtis, partner at HGF in the UK, says fluid trademarks can provide brands with a new look and feel “with some ingenuity and humour”.

“In contrast to a static mark, they provide some anticipation for the consumer on ‘what will happen next’ and to guess the link or brand behind the concept.”

Curtis adds that they’re most attractive to fast-moving industries where brand image is crucial, such as consumer goods, media and sports.

Since its launch in 1998, search engine Google has ornamented the company logo on its landing page in different ways to mark national holidays or significant anniversaries. Its ‘Google doodles’ have become increasingly elaborate and interactive through the years, with some versions featuring moving parts and even embedding playable games.

As one of the world’s most recognisable brands, Google can afford to adapt and scramble its logo on a regular basis; it uses its fame to its advantage.

Lisa Pearson, a partner at Kilpatrick Townsend & Stockton LLP in New York, says there are at least two reasons the fluid mark works particularly well for Google. The first—the “homepage advantage”—exists because people visiting the Google home page expect to see the Google logo in a particular place on the site, and they know Google is the source of the page they are visiting, even if it displays a variant of the usual Google logo, she says.

The doodle also makes a statement about the brand, she says. “Google has always had an exuberant and innovative brand identity, so playing with its logo reinforces the identity of the company.”

Their prime position in countless high-profile locations makes some established logos attractive advertising real estate for other brands, presenting cobranding opportunities, where one brand’s logo may provide the ‘frame’ for another.

Swedish vodka brand Absolut has long used its distinctive bottle shape as a canvas for different designs and concepts. In 2009 it took part in London department store Selfridges’ 100th birthday celebrations by creating a bottle in the store’s signature yellow.

Meanwhile, US-based organisation (RED) is using the power of well-known brands as a force for good. (RED) has partnerships with companies including Apple, Starbucks and Coca-Cola, which donate up to 50 percent of the proceeds from any (RED)-branded products they sell towards efforts to fight AIDS.

Although introducing other companies’ well-known imagery into an existing mark is a popular strategy for refreshing an old trademark while reaping commercial benefits, it isn’t without its risks.

Curtis says it’s crucial to get consent from whoever holds rights to the imagery. “There is no real alternative to consent if you are to incorporate another company’s well-known imagery into your fluid trademark.

“It is likely that such imagery will be protected by copyright law, and potentially under design and trademark law.”

However, Pearson adds, before drawing up any agreements, brand owners should consider for how long they want to use their fluid mark. In many cases, it can be difficult to obtain exclusive or perpetual rights, and a simple consent may suffice for short-term use.

"If the ‘use’ of the trademark departs too far from the ‘registration’ of the mark, then the registrations can become vulnerable to attack,”

“The tension is that trademarks are theoretically perpetual in duration for as long as they’re in use,” she says.

“Under US copyright law the author has the right to terminate a transfer or exclusive licence after a period of time, so if your trademark is based on a copyrighted work and you don’t own the copyright in that work, that can pose real problems if the trademark remains in use for a long time.”

“It’s a potentially dangerous thing to do if your trademark is weak or not well known because you’re walking away from the basic registered trademark which requires use to enhance its protection,” says Petillion.

“You really must have a very strong basic trademark before you should consider it.”

Channel 4’s distinctive ‘4’ logo has undergone dozens of reincarnations in the broadcaster’s 31-year history. In possibly one of the boldest experiments in trademark fluidity, in the short films that are screened before every Channel 4 programme, it deconstructs the ‘4’ into imperceptible pieces that are scattered across a landscape, which could be a city centre, shipyard or country field.

Then, a sweeping shot takes in all this scenery as the ‘4’ pieces come into view, and for an instant the pieces are reassembled into the recognisable ‘4’ shape before disappearing again.

It’s a subtle but bold move that could only be pulled off by a confident brand. There is always the risk that the logo’s reincarnation simply won’t be as recognisable as the standard mark and lead to confusion.

Other brands have faced similar problems.

Capitalising on its homepage advantage and licence to experiment, Google perhaps pushed the boundaries of its mark too far when it marked artist Jackson Pollock’s birthday in 2009, offering a barely recognisable ‘Google’ rendered in the abstract expressionist’s paint drips.

“The goal of the fluid mark is to boost the fame of the original, not undermine it,” says McDonnell.

“Fluid trademarks flout conventional best practices—a trademark identifies a brand and must be used consistently or else you risk diluting the brand’s distinctiveness and confusing the customer,” he adds.

“Fluid trademarks should never be random, but follow a deliberate brand strategy.”

Brand owners also need to be wary that their fluid mark is not copied, and that it doesn’t itself infringe third-party IP rights.

Petillion says it’s not always necessary to protect a fluid mark, and that it should be done only if it has gained significant added value to the brand and has been used frequently.

Curtis agrees, although he adds that due to the transient nature of fluid marks, a business has to decide whether the cost of protecting the mark is worthwhile in the long term.

The type of protection depends on the ‘shelf life’ of the mark, he says.

Pearson adds: “In the US, which recognises common law trademark rights based on use, it is generally not necessary to register every variant of your trademark, although it is good practice to register the underlying mark—the ‘template’, if you will—for the fluid trademark.”

“Once you have the template registered, as long as you use the template consistently, you don’t typically need to register every variant, but it does make sense to focus on whether the new variant contains new matter that may qualify for IP protection. Copyright law may be particularly helpful to protect new matter.”

Curtis recommends that brand owners take advantage of the option to register series trademarks, if available.

The UK Intellectual Property Office (IPO), for example, allows series trademark applications, which consist of a number of marks that are “essentially the same”, and where differences in the marks are “not significant”.

It’s also worth considering other IP rights, Curtis adds. “Fluid trademarks are often very ‘visual’ brands and so copyright protection can be very important to their protection, as are various forms of unregistered and registered design rights.”

Curtis advises protecting as many forms of the trademark’s ‘fluidity’ as possible, particularly the distinctive and constant part of the mark.

Curtis also points out the potential problems with non-use. “Fluid trademarks can evolve over time, with new variants of the trademark developing.”

He says that legal teams should keep up with these developments and register major variants as trademarks wherever possible.

“If the ‘use’ of the trademark departs too far from the ‘registration’ of the mark, then the registrations can become vulnerable to attack,” he says.

With no case law on fluid trademarks, and few mentions of the phenomenon in literature, there’s little direction on how to protect fluid marks and use them to their best effect.

“At the moment, we’re still in uncharted territory,” says Pearson, who first reported on the trend of ‘fluid trademarks’ in 2008. “But I do think that we have a lot of guidance, from our old beloved IP concepts.”