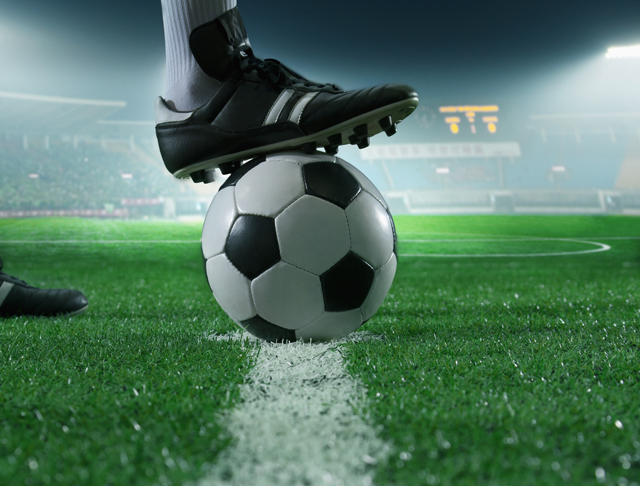 Licensing football on television was once a simple task. However, as competition between channels grows, so does the battle for obtaining rights. TB&I looks at the rights industry in Europe.

In 1992, English football changed beyond recognition. The UK’s most successful clubs formed a breakaway league, the English Premier League (EPL), and signed a deal with satellite broadcaster BSkyB to televise more live matches than ever before.

Fast forward to the present day and winning the rights to show sport on television is arguably the biggest selling point in a broadcaster’s portfolio. In turn, the right to broadcast live sport is becoming one of the most hotly contested battles in the media.

According to Markus Körner, partner at Bird & Bird LLP in Munich, the primary goal of television rights owners now is to add live sports coverage to their portfolio and get hold of a “small slice from a big cake”.

With such fierce competition, this offers many choices to the organisations tasked with licensing the rights to broadcast matches.

In recent years, two organisations that have profited significantly from sport’s growing popularity on television are the EPL, English football’s multi-billion valued top division, and the Union of European Football Associations (UEFA), the administrative body for European football associations.

The EPL is big business. Earlier in 2013, responding to requests for comment on Digital Opportunity: A Review of Intellectual Property and Growth, Professor Ian Hargreaves’ 2011 independent review of the UK’s IP system, the EPL told the UK Intellectual Property Office (IPO) that its annual IP revenue, including licensing, exceeded £1 billion ($1.62 billion).

According to the EPL, around 40 percent of this revenue was earned overseas, where English matches are broadcast in 211 countries; each licensee is required to adhere to the EPL’s copyright regulations.

“The EPL sells its rights competitively in a closely regulated market, intended in part to encourage as many entrants as possible,” the organisation said in its answers to the IPO.

Under EPL rules, it licenses exclusive territorial rights to broadcast matches and appoints exclusively-licensed broadcasters in each jurisdiction. In exchange, the licensee agrees to prevent the public from receiving its broadcasts outside the territory for which it holds the licence.

However, as Körner concedes, this can in turn create discrepancies between jurisdictions, with the cost of hosting live content differing dramatically depending on the market.

It was this imbalance that led to one of the most high-profile licensing disputes in recent times.

In Greece, the cost of a television box providing access to the EPL’s live broadcasts is considerably lower than that of a subscription in the UK. By ordering the decoder, Murphy was able to bypass the £480 ($740) monthly fees for bar owners charged by BSkyB, the exclusive licensee of EPL rights in the UK at the time.

Murphy was fined £8,000 ($13,500), but took her case to the Court of Justice for the European Union (CJEU), which ruled partially in her favour after admitting that exclusive licensing systems were “contrary to EU law” and that using the decoder amounted to a free flow of goods in the European community.

But the EPL also claimed a partial victory of its own, with the CJEU ruling that there were some sections of the broadcast, such as pre-match analysis, on-screen graphics and the official anthem, for which it could claim copyright. Unlike the aforementioned sections, the live match was not deemed an intellectual creation and was therefore not protected.

Some commentators expected that the case (FAPL & Others v QC Leisure & Others; Karen Murphy v Media Protection Services Ltd) would set a precedent for a shift in the way football is licensed and would lead to a marked increase in fans circumventing individual licensing agreements.

“This [the case] does have the potential to reduce the premium broadcasters will pay for exclusivity,” says Penny Thornton, senior associate at Hogan Lovells LLP in London.

“Ultimately, they face the risk that customers may be able to access the content more cheaply from another broadcaster,” Thornton says.

Körner explains that following the case, there were concerns that only pan-European broadcasters would survive and they would pay “extortionate” bids to obtain an exclusive right.

He adds: “If you sell exclusive rights as a whole you don’t care what happens in the individual markets.”

Despite this, Thornton says, the recent auctions in the UK for EPL rights, which are worth £1.78 billion ($2.7 billion), and Champions League television rights, showed that the market was “still alive and kicking” in the wake of the ruling.

BSkyB paid £1.4 billion ($2.2 billion) for the rights to a majority of live EPL games while BT Sport, which paid for the remainder of the games in the UK, made a successful £900 million ($1.47 billion) bid for exclusive Champions League rights.

Thornton adds that although the Murphy case did not “fatally undermine” the ability of rights holders to grant exclusive broadcast licences, it did cast some doubt on the ability to “effectively enforce” exclusivity.

Given technological advances and Europe's aim to create a single market for copyright, it is likely that mechanisms for pan-European licenses will be considered at some stage.

Throughout Europe, the body tasked with overseeing the continent’s football associations is UEFA. The Champions League, UEFA’s flagship club tournament, is broadcast in 43 European countries, with each nation’s broadcasters bidding separately for the rights to host matches, a similar system to the EPL’s.

But Körner says that due to price differences, the UEFA system reinforces the problems posed by the Murphy case, given that the same broadcast may cost one jurisdiction significantly more than another, therefore potentially opening the door to infringements.

“There was a situation in Germany where the rights to the German Cup were not sold to smaller jurisdictions, as the Bundesliga (the German football league) was afraid of the potential problems.

“The value of the rights in smaller markets was commercially negligible and bypassed the legal risk of people circumventing their licences to get cheaper access, as we saw in the Murphy case,” Körner says.

However, this type of system may conflict with EU laws on the free movement of goods and services, which are guaranteed within member states. The rule has created problems from a licensing point of view, particularly in relation to its use in the Murphy case.

With this in mind, it reinforces the argument that a pan-European licence, with one price, could be a feasible outcome for the dominant broadcasters and consumers.

Körner doubts this is a likely or sensible option, adding that while free movement was an EU principle, it could in turn create problems with competition laws. This is because, he says, it could lead to a situation whereby only the richest broadcasters would be able to afford a licence they liked for the privilege of accessing coverage. He says any mandatory requirement for a pan-European licence would stifle competition and prevent certain broadcasters from being able to compete.

“In order to have the best possible commercial outcome, the simplest thing to do is to license by territories,” Körner says.

“The television market is often nationally based so it would be difficult to sell rights on a pan-European basis, despite the emergence of large broadcasters such as BSkyB—even they are not in every market.

“If you make a rule that says ‘we are selling one exclusive package of football rights’ but only the companies that could afford it would have the opportunity to get the rights, rights holders such as UEFA may then avoid giving licences to smaller countries where they see a risk. In Greece, for example, transportable smartcards are so cheap that it makes sense to export them rather than buying into a pan-EU agreement,” Körner says.

Thornton says that given technological advances and Europe’s aim to create a single market for copyright, it is likely that mechanisms for pan-European licences will be considered at some stage.

However, she too adds that it would be unlikely to result in a mandatory requirement, a move which would “reduce flexibility and risk distorting price”.

UEFA declined to comment on specific questions put to it by TB&I on its licensing policy, but said in a statement that it takes the “protection of IP seriously” and would be prepared to take such steps it “deems appropriate at any given time taking into account all relevant circumstances”.

As has become commonplace in the current technological market, one of the biggest threats to copyright online comes from the multitude of streaming websites which have become available. Various platforms have been implemented allowing consumers to circumvent licensing agreements by streaming directly to their computers, regardless of their geographical location.

This view was backed by the EPL, which said in its comments to the IPO that unauthorised copying and re-transmission represents “the most direct threat to … investment and innovation”.

“Furthermore, the growth of piracy undermines confidence in future revenues, thus reducing incentives for the long term,” it added.

Körner says that while blocking orders may be effective on a European platform, there is a growing threat from Russian, Chinese and Asian websites.

“It sometimes doesn’t make sense to attack these because protection of IP rights is so different you don’t have that same assurance that the courts will help,” says Körner, adding that the threat from emerging markets was the “biggest challenge” held by licence owners today.

Thornton agrees, noting that although sports organisations have had “some success” in the UK with blocking orders, it is easy for website operators to switch IP address and avoid being caught.

The football licensing world finds itself in a difficult situation. While a pan-European licence may seem attractive to consumers and in line with EU principles, it could exclude jurisdictions that cannot meet price demands. Furthermore, the current system and the judgment in the Murphy case could potentially pave the way for a circumvention of broadcasting rights.

It’s clear that while the appetite for broadcasting football remains, the real problems lie in the effective licensing and protection of rights.