Google: a battle of words 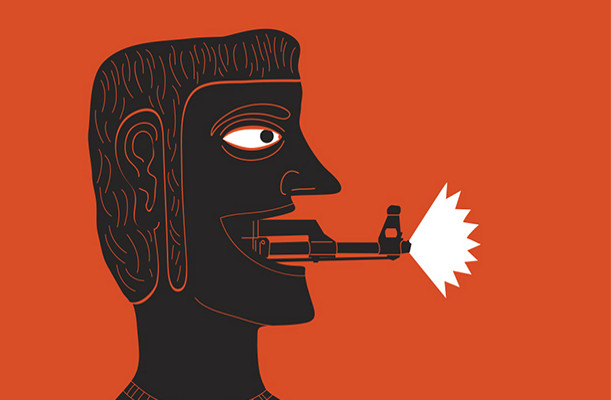 Whether Google plays a passive or an active role when offering its AdWords service is a continuing debate, as Marie-Emmanuelle Haas of Me Haas and Tobias Malte Müller of Wirsing Hass Zoller explain.

Being visible on the internet is crucial for many companies. The main goal is to be ranked at the top of the first page, either through natural referencing (which uses coding techniques) or sponsored links. As Google is the world’s biggest search engine, its AdWords advertisement service is at the heart of this issue and has also raised major questions concerning trademark protection.

These sponsored adverts appear either on the top or the right side of the so-called natural search results. It is thought that the AdWords system is Google’s main source of revenue. This success of the advertisement platform may explain why Amazon announced in the autumn of 2014 that it would launch its own system to compete with Google’s AdWords programme.

Who is concerned by this AdWords service? First, Google; second, the advertiser; and third, the internet user, who is searching for information. Finally, any right holder whose trademark or company name is used by the advertiser as a keyword to advertise its own products instead. The right holder is likely to be harmed, since this system may divert internet users to third parties’ websites.

Between 2010 and 2011, the Court of Justice of the EU (CJEU) ruled in five decisions that Google uses third parties’ trademarks as keywords only for internal purposes—not “in the course of trade”—and therefore cannot be held liable for any trademark infringement. The CJEU analysed the AdWords service and concluded that Google has to be regarded as an intermediary service provider in the meaning of the Electronic Commerce Directive 2000/31/EC, since its role is “purely technical, automated and passive”.  As a result, said the court, Google is not liable for the hosted content related to its AdWords service unless it had an active role.

Google explained before the CJEU that its AdWords service is run by a totally automated system whose data are either the keywords chosen by advertisers or those used by internet users. The company concluded that it does not intervene at all in this automatic process.

"doubts arise about whether Google can really not be held liable for infringement through third party adverts by arguing that the AdWords system is fully automated."

The CJEU compared natural results with sponsored links and explained that “when internet users enter the name of a trademark as a search term, the home and advertising page of the proprietor of that mark will appear in the list of the natural results, usually in one of the highest positions on that list. That display, which is, moreover, free of charge, means that the visibility to internet users of the goods or services of the proprietor of the trademark is guaranteed, irrespective of whether or not that proprietor is successful in also securing the display, in one of the highest positions, of an ad under the heading ‘sponsored links’”.

It also referred to the “average internet user” to assess whether the ad generated by the keyword “does not enable him, or enables that user only with difficulty, to ascertain whether the goods or services referred to therein originate from the proprietor of the trademark or an undertaking economically connected to it or, on the contrary, originate from a third party”.

According to the CJEU, national judges must decide in each case whether Google played a passive or an active role when offering its AdWords service. Only in the latter case would the exemption of intermediaries’ liability not apply.

Following these decisions, Google modified its AdWords trademark policy in Europe, explaining that it “does not prevent the selection of trademarks as keywords in the EU”. In case of a complaint, it “will do limited investigation as to whether a keyword (in combination with a particular text) is confusing as to the origin of the advertised goods and services”. In that case, the ad will not be approved and will not run. The AdWords trademark policy gives examples of authorised ads, including “ads for competing products and services”.

In light of the above, doubts arise about whether Google can really not be held liable for infringement through third party adverts by arguing that the AdWords system is fully automated. In our view, a fair balance should be found in order to achieve the goals of the Electronic Commerce Directive, the Trademark Directive 89/104/EC and EC Regulation No. 40/94 on the Community trademark (CTM) and to accelerate the digital economy in Europe to the benefit of all actors mentioned above.

In this context it needs to be asked who is actually taking most advantage of the profit generated by the AdWords service. Does the “average internet user” make a difference between sponsored ads and natural results? Does this service help the average internet user to find what he or she is looking for on the internet? Is it possible to imagine other technical solutions to increase the results generated by search engines without having to sell third parties’ names as keywords?

What is the cost of achieving an efficient natural referencing compared with the budget for AdWords campaigns? Natural referencing on the first page involves high expenses. These are questions and issues that have to be considered.

German and French jurisprudence on AdWords

No decision has been published in France or in Germany that says Google did play an active role when offering its AdWords service. Concerning the advertiser’s responsibility, there seems to be a consensus among German and French courts that in cases where the disputed sponsored advertisement explicitly contains a third party’s trademark, either in the advertising link or the short commercial message displayed in the advert, infringement exists.

However, French and German courts’ views are different from this position where the challenged advert does not contain the third party’s trademark or any other reference indicating the trademark owner or its products offered under that trademark. Under such circumstances the German Supreme Court affirmed that the essential function of origin is typically not impaired since the advert does not contain any explicit reference to the third party, or its trademark or products offered under that trademark. Additionally, the advert is clearly separated from the natural search results and marked as an advert or sponsored link.

Most decisions in France are similar to this position, although some courts have condemned advertisers either on the basis of trademark infringement or unfair competition. In the Eurochallenges and Suza International cases (2010 and 2011), the French Cour de Cassation affirmed a violation of the essential function of origin of the infringed marks, even though the adverts were clearly designated as sponsored links, were displayed in separate advertising blocks, and did not contain the trademark or any other reference to the trademark owner or the products offered under the trademark.

The German Supreme Court does explicitly accept exceptions to the above principle—ie, of denying trademark infringement in cases where the advert triggered by the keyword advertising does not contain the third party’s trademark or any other reference indicating the trademark owner or its products. Such an exception has, for instance, been affirmed where the specific circumstances of the case may lead the user to the erroneous assumption that there is an economic connection between the advertiser and the trademark owner, even though the advert does not contain any reference in this sense. In this case the advert would have needed to explain the absence of any economic connection between the parties by an explanatory indication.

It remains to be seen whether courts will attribute to Google an active role in its AdWords programme and therefore change the current thinking on this aspect. Google provides support to advertisers and, when presenting its service to beginners, explains the three-step process: your ad appears next to relevant content + the internet users click on the ad + they come into contact with your firm.

The success of the first step depends on Google’s configuration of its ranking system and on the quality of its assistance. Furthermore, Google offers online assistance to advertisers. Its service has become so sophisticated that a ‘school’ called AdWords Online Classroom that provides free online training has been created by Google. It also offers a “keyword planner” which “is a free AdWords tool that helps you build search network campaigns by finding keyword ideas and estimating how they may perform”.

Finally, one further point is interesting from a trademark perspective: Google holds a registered CTM for ‘AdWords’ (filed in November 2011 following the above-mentioned CJEU decisions) with a large list of advertisement services in classes 35 and 42. These include “consultation services related to the management of online marketing campaigns; providing temporary use of online, non-downloadable software for analysing and reporting on internet traffic and keyword placement, for analysing the effectiveness of website marketing”.

In Germany, there is some recent case law involving intermediaries other than Google that held them liable under the concept of a secondary liability for breach of duty of care—the so-called Störerhaftung principle. According to Störerhaftung, hosting providers usually only have a duty to prevent infringing third party content on their platforms after they have gained knowledge of it, which usually happens through a notice and takedown letter sent by the right holder.

Nevertheless, German courts have imposed a greater responsibility on intermediaries for illegal content placed on their platforms. It is settled case law in Germany that providers must not only take down the specific asserted infringement from their website but also take measures to prevent the repetition of such infringements. Additionally, providers must undertake what is “technically and economically reasonable” to prevent other comparable illegal content on their websites.

In one case, not only did the German Supreme Court tell an intermediary (Rapidshare) to use word filters to delete other infringing files on its servers, it said that in case the word filter was not effective enough the platform was required to manually check the results provided by the word filter.

In another case, eBay had actively promoted through internet adverts one of the auctions running on its platform which involved copyright-infringing furniture. In that case it was held that eBay left its neutral position as an intermediary by actively placing adverts about a specific auction on third party sites.

Under these circumstances the court imposed increased monitoring obligations on eBay that went beyond the application of filters with subsequent manual control of identified hits. It held that once eBay has been made aware of clear IP infringements, it must screen the offers available on its website through these adverts for unambiguous and easily identifiably infringements.

In France, the Cour de Cassation decided in three decisions that eBay shall not be considered an intermediary since it did play an active role by providing assistance that entails, in particular, optimising the presentation of the offers for sale in question or promoting them.

It will be interesting to follow whether and how national courts will deal with these issues in future. But one thing seems to be clear already: the debate remains open.

Marie-Emmanuelle Haas is a founding partner of Me Haas. She can be contacted at: meh@me-haas.eu

Tobias Malte Müller is a partner at Wirsing Hass Zoller. He can be contacted at: mueller@wirsing.de