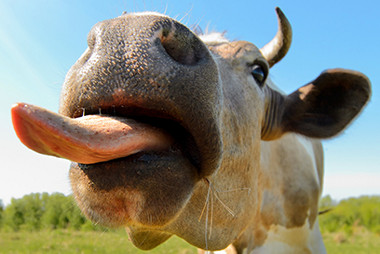 Some activists have taken to impersonating companies online by creating false websites and identities. At what point does a bit of fun become an actionable legal issue, and what can targeted companies do to defend themselves? TBO finds out.

Weaned on a steady diet of social media and internet memes, the generation that has never known a world without the world wide web willingly and inexplicably transformed unsuspecting 16-year-old Texan, Alex LeBeouf, into an online celebrity—literally overnight.

On November 2, 2014, a Twitter user tweeted a slightly grainy picture of LeBeouf at work in US megastore Target with the caption “YOOOOOOOOOO”. The next day, #alexfromtarget was trending worldwide.

The message from this is clear: ideas spread fast online. And if the web’s social media population can make a star out of your average Joe superstore employee, imagine what it can do for a political message in a meme-friendly package.

Some organisations have taken to the net to protest against a company’s business practices by parodying them. They create fake websites that could pass for the target company’s, but that contain less-than-savoury information about it.

These hoax campaigns in effect place their targets into a lose-lose situation: let the campaign stay and the public might be fooled into thinking it’s the real deal, or fight against it and risk an avalanche of negative PR.

Furthermore, a heavy-handed approach could draw even more unwanted attention to the campaign, in what has been dubbed ‘the Streisand effect’ (named after American entertainer Barbra Streisand, whose 2003 attempt to suppress photographs of her residence in Malibu, California inadvertently generated further publicity of it).

How can brand owners decide whether to take action against the hacktivists, and what is the best strategy for dealing with them? Is it better to lie low until the campaign burns itself out?

Leveraging the power of social media in an attempt to bring a global oil conglomerate to its knees, in 2012 environmental organisation Greenpeace in partnership with activist group The Yes Lab orchestrated an elaborate smear campaign to protest against Shell’s Arctic drilling programme.

Let’s go! Arctic kicked off with a YouTube video of what appeared to be hidden camera footage of the false campaign’s launch party, in which an oil rig-shaped drink dispenser malfunctions and squirts dark liquid at an elderly attendee.

The video went viral, even spawning a dubstep remix, and made way for the rest of the multifaceted campaign that took advantage of different social media platforms.

As its centrepiece, Greenpeace set up arcticready.com, a website made in the Shell mould featuring advertisements showing a variety of Arctic wildlife emblazoned with the “Let’s go!” Shell message.

Visitors to the site were also invited to make their own ads. One (see image above, right) featured a polar bear drifting on a sheet of ice, captioned: “He can’t run forever … Let’s go.” Another ad had a picture of an Arctic fox. The slogan? “You can’t run your SUV on ‘cute’. Let’s go.”

The messages tied to these hoax campaigns are undoubtedly powerful, and sometimes provoke real change. In 2010, another Greenpeace campaign shone a light on Swiss food brand Nestlé’s unsustainable sourcing of palm oil from an Indonesian company accused of illegal deforestation.

Nestlé’s initial reaction—to force the Greenpeace video off YouTube—triggered a backlash on social media. To avert a PR disaster, Nestlé ultimately resolved to stop sourcing palm oil from the supplier, and started looking for a new business partner.

Not wishing to go the way of Nestlé, Shell didn’t bite when faced with the “Let’s go!” campaign and instead denied involvement with it, letting it play out.

Although Let’s go! was meticulously orchestrated, and certainly had reach, because of Shell’s low-key reaction the oil company came out relatively unscathed.

However, when the heirs of Belgian comic book artist Willy Vandersteen took action against right-wing politician Johan Deckmyn, who distributed a calendar lampooning Ghent’s mayor at a New Year party in the style of Vandersteen, the case made its way to the Court of Justice of the EU (CJEU). The resulting decision has a bearing on future cases where the defendant has employed parody.

The CJEU confirmed in September that parody must be regarded as an autonomous concept in EU law, and that it has two elements: that it “evoke[s] an existing work while being noticeably different from it”, and that it “constitute[s] an expression of humour or mockery”.

In October this year, reforms to UK copyright law allowed the use of a “limited” amount of copyrighted material in works of caricature, parody and pastiche.

Andy Millmore, a partner at law firm Harbottle & Lewis in London, says that the new parody defence is being viewed as a “major change”.

“There have been many instances of its being relied on by people who would not previously have had a defence to a copyright infringement complaint,” he says.

Immediately after the new defence came into effect, animal rights organisation People for the Ethical Treatment of Animals targeted London department store Fortnum and Mason by creating a false website to protest against its sale of foie gras. Forcefedandmurdered.com had the look and feel of the luxury store’s authentic website, and featured an adapted version of the company’s logo.

Like so many of these attacks, the campaign evidently was politically, rather than commercially, motivated, which changes the complexion of the dispute at hand.

“It is likely that a ‘political hijacker’ is better able to argue that its use of IP rights is ‘fair dealing’ and/or an exercise in freedom of speech than is a purely commercial hijacker,” Millmore continues.

However, he adds, the parody defence applies only to copyright and not yet to trademarks or other potential causes of action.

Simon Gallant, co-founder of law firm Gallant Maxwell in London, says that a targeted company has to weigh up whether taking action—by launching legal proceedings or sending a letter of complaint—will improve or diminish the brand’s reputation and commercial prospects.

“A brand is entitled to have a sense of humour failure but it must always ask itself, is the loss really commercial or is the CEO just feeling some wounded pride?” he says.

“Shell’s response to the Greenpeace hoax was a model of restraint—pouring oil on troubled waters, so to speak.”

There could be more practical or commercial avenues available to hoax targets, Millmore adds, such as takedown procedures on the platforms.

If a company does decide to take action, it’s worth remembering that online infringements are often global, so there may scope for forum-shopping, he adds.

As well as deciding on what action to take, there is also the question of how to take it. Deciding whether the case is a PR, rather than a legal, issue, is another key consideration.

"although it isn’t possible to safeguard against such attacks, when issues do arise “the brand must react honestly and with a credible voice."

“It is always a PR issue,” says Gallant. “Just look at the McLibel litigation [an English lawsuit for libel filed by McDonald’s against two environmental activists over a pamphlet critical of the company. Two hearings in English courts found some of the leaflet’s claims to be libellous and others to be true. The David-and-Goliath nature of the case and the drawn-out litigation embarrassed McDonald’s]. You don’t want to win the legal battle but lose the hearts and minds of your customers.”

Millmore says that brands should work closely with their communication teams and PR advisers, given the risk of negative PR from taking action.

“An organisation such as Greenpeace, or one of the many websites attacking BP a couple of years ago, may well be more effectively tackled through communication than through legal process,” he says.

Gallant says that although it isn’t possible to safeguard against such attacks, when issues do arise “the brand must react honestly and with a credible voice”.

Millmore says: “Brands need to be vigilant, and use a blend of the many watching and monitoring services that are available,” recommending that companies have clear procedures for dealing with these issues quickly when they arise.

“It is vital to be able to act quickly and in a cohesive and coordinated way,” he says.

“With online attacks in particular, speed is essential—but not at the expense of failing to think through issues like these. A knee-jerk reaction can often make things worse.

“It is surprising the number of times that humour, rather than aggression, can be used as a counter weapon.”

When hackers tweaked UK-based bakery chain Greggs’s logo in August so it appeared with the slogan “Selling sh*t to scum for over 70 years” in Google searches, the company created an opportunity to sell more sausage rolls.

Using Twitter to communicate with Google, and offering it free doughnuts if the search engine could fix the problem quickly, Greggs got some exposure and found itself trending on the platform on the day of the attack (see image on page 24).

While the Deckmyn-Vandersteen case has provided some guidance on what may be considered parody, and therefore innocuous, some uncertainties remain that could affect how defamation cases are fought from jurisdiction to jurisdiction.

“We are in unchartered waters,” says Gallant.

“The new parody defence in the UK Copyright Act must be interpreted in light of Deckmyn. There is a suggestion that the Deckmyn decision means that the parody mustn’t be too harsh, offending against EU values.

“This may be a slippery slope with the courts ruling on what we can or can’t find funny.”

Hard and fast rules for how to handle cases such as these may never be settled, for as the online population wises up to these parodies, they’ll start to lose their effectiveness, and we may see fewer of them.

Before that happens, however, we can probably count on Generation Z to create something else to take their place.