Cloud technology: high in the sky 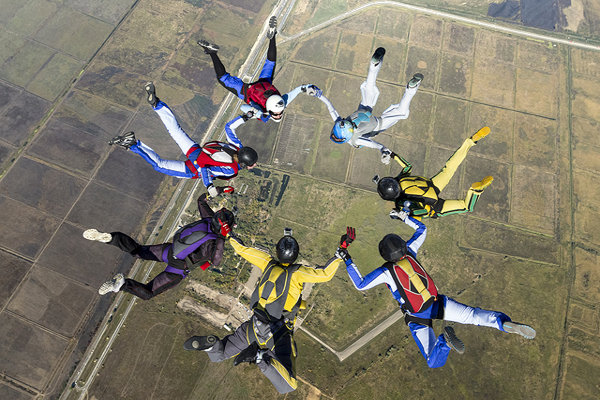 Cloud-based services such as Google Drive, Dropbox and Microsoft’s OneDrive make it easy to share stored content with internet users all over the world. But this convenience presents opportunities for copyright infringement, whether intentional or unintentional, and who is liable? TBO investigates.

The phenomenon of cloud computing has taken off in recent years, as accessing stored files across multiple devices becomes a business necessity, as well as a personal luxury.

Many cloud subscribers now use these services as their personal hard drives, and the potential for infringers is correspondingly growing. But just what constitutes an infringement in the cloud, who owns the content and who is accountable? These are just some of the interesting questions to consider.

Every time a subscriber accesses a file stored in his or her ‘cloud’, they’re connecting to the cloud service provider’s remote server. According to www.howstuffworks.com, the US state of Oregon hosts Google’s data centre, a group of buildings each the size of an American football field.

"If you have a CD, you own the CD, or the physical piece of plastic—but that kind of thinking hasn’t been converted into ownership of the digital equivalent."

Users have the option of storing any kind of digital content they like here. However, as the server is technically making copies of the file, the user may be liable for infringement if he or she sends a link to someone else’s copyrighted content to another person without permission.

Jenevieve Maerker, an associate at Foley Hoag LLP in Boston, says that in the US there is a difference between sharing a file via the cloud and sharing a file from a hard drive via email.

“The law has been set up to try to look beyond the technical difference, or surface difference.”

An individual may be liable for copyright infringement if he or she shares copyrighted content without permission, and the cloud service provider may also be liable for authorising infringement if it doesn’t have safe harbour exceptions in place, such as those under the Digital Millennium Copyright Act in the US, or the Ecommerce Directive in the EU.

In the UK, it’s deemed an infringement to store a file in the cloud unless you have a licence to it, explains Adam Rendle, associate at Taylor Wessing LLP in London.

However, from June 1 the private copying exception, which will be introduced into UK law, will allow individuals to make a private copy for their personal use. As well as relaxing rules on cloud computing, the exception will also let people copy CDs to an MP3 player for their own use.

Rendle notes that the new legislation does not expressly state the cloud-based service provider’s position. “It says that the individual does not infringe copyright if those conditions are satisfied. What it doesn’t say is that the person responsible for the ‘electronic storage area’—the cloud—is also not liable for the infringement,” he says.

“On the face of the exception, the cloud provider is not put in a better position than it is in currently.”

Another ambiguity that often rears its head in issues of digital copyright is the question of content ownership. Of course, the rules that govern ownership in a digital context simply aren’t as straightforward as they are in the physical world.

“If you have a CD, you own the CD, or the physical piece of plastic—but that kind of thinking hasn’t been converted into ownership of the digital equivalent,” says Rendle.

English law hasn’t arrived at any decision on whether you can have an ownership interest over these files, he adds.

This can be, and will continue to be, problematic, as long as the cloud industry continues to expand and services shut up shop in the midst of increasing competition.

When US authorities shut down Megaupload, a file-sharing site that works in much the same way as a cloud, they cut off users’ access to countless personal files that were legitimately stored with the service.

One such user to lose access to his files was Kyle Goodwin.

According to the Electronic Frontier Foundation, an organisation that seeks to protect digital rights, when it filed a brief on behalf of Goodwin proposing a way for the court to hold the government accountable for its actions, the government claimed that Goodwin had lost his property rights over the data by storing it on a cloud computing service.

“You certainly don’t own any rights in data per se,” says Rendle. “When you download a music track, or e-book, you don’t have any ownership rights over that piece of data.

“What hasn’t been properly clarified is what ownership interest you have over an intangible version of what you would have owned with a physical CD or book.”

The definition of ownership in the digital world is in flux. “People talk about ownership in terms of transfer and ability to access,” Rendle continues.

“We need an exception to IP infringement to enable you to transfer a digital file in a way you can’t for a CD or physical product.”

Is cloud computing a public performance?

While there is little case law to refer to when dealing with copyright issues in the cloud, the American Broadcasting Companies v Aereo case, currently being argued at the US Supreme Court, may have implications on how the cloud computing industry works.

Aereo is a US-based TV service that allows subscribers to watch live and time-shifted television broadcasts over the internet. A group of US TV networks, including ABC and Fox, sued Aereo shortly after its launch in 2012, claiming the service infringes their copyright.

The case will decide whether Aereo’s retransmissions of live TV programmes are “public performances”, which would be a potential infringement of copyright.

Groups including the public interest group the Center for Democracy & Technology and The Software Alliance, an association of technology companies, have filed amicus briefs warning of the case’s implications for cloud computing, which underpins the working practices of countless businesses.

“Adopting such an overly broad approach to the public performance right would call into question a variety of established and mainstream services. It could impair technological progress by establishing an irrational legal preference for local technologies over networked ones,” the Center for Democracy & Technology said in its brief.

“It could threaten the great promise of cloud computing for individual users, businesses, and economic growth,” it added.

Although it’s not a particularly new technology—it emerged at the same time as the internet—cloud computing is comfortably within the maturity phase of IT research and advisory firm Gartner’s ‘hype cycle’ for emerging technologies, which models the rate of adoption of certain technologies; it is now enjoying its ‘plateau of productivity’.

Aereo should provide some answers to the unanswered questions, and it can’t be long before other cases, which may or may not be directly related to cloud technology, will do the same.