Highlights from INTA in Hong Kong 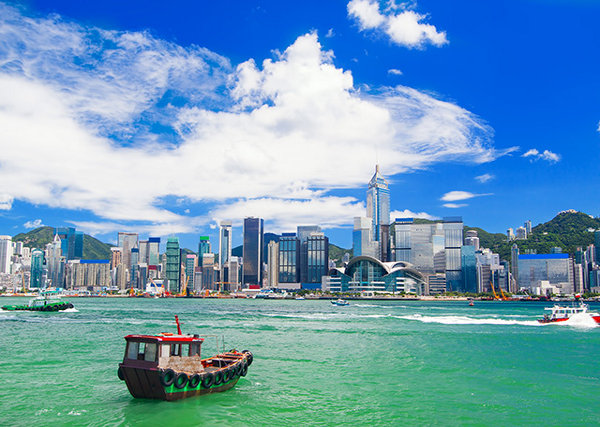 Pinterest, CBS and Visa International were just some of the companies providing advice on brand promotion and protection at the International Trademark Association’s annual meeting in Hong Kong. TBO reports on the event, which ran from May 10 to 14.

Social media can be more powerful for brands than advertising, and right holders should therefore think twice before enforcing their IP in some cases, in-house counsel at CBS and Pinterest told delegates.

The pair pointed to examples of how what could appear at first glance to be an infringement could actually be a benefit in the long run.

Falzone said that although Pinterest, which allows users to set up a personal page with their interests ‘pinned’ to it, was relatively new, there had already been cases that posed “tough decisions” on whether to pursue IP infringement claims.

"mobile app markets are increasingly a hotbed for trademark infringement and that brand owners should be vigilant in response."

“That could arguably cause confusion as you have the Pinterest logo on Facebook and people may think they are connected. Ultimately, we decided it was fine; our website is all about connecting people and there were links to Pinterest provided.”

Falzone added that fan-created content could, provided it is used effectively, be a “far greater tool” than a brand’s own advertising.

Borden said that when looking to protect rights, it is important to differentiate between clear infringements and fan enthusiasm that could lead to unintentional infringement.

Borden said the company had received a request online from a Star Trek fan who had asked for a Star Trek logo to be used on the gravestone of a deceased member of a fan club, and that was granted.

However, she pointed to more serious examples of infringements, including advertising online and on social media for ‘Klingon’ condoms.

Vine’s videos are capped at six seconds but Borden said that while it may seem unlikely they would worry about something so short, the most important or lucrative parts of a programme could be revealed in those seconds.

“You have to think of the potential criticism; everything is more exaggerated in social media and you don’t want to draw attention to yourself and look heavy-handed,” Borden said.

Despite the positive outlook from Pinterest and CBS, the views from healthcare company Aetna and software group Oracle Corp were more grim, with their counsel saying that the sheer amount of content posted online had “challenged their ways of thinking” when looking to enforce rights.

"when looking to protect rights, it is important to differentiate between clear infringements and fan enthusiasm that could lead to unintentional infringement."

Rashmi Chandra, counsel at Aetna, said enforcing IP had become a far harder task, adding that there had been examples of when a thorough investigation had to be completed before taking action.

Chandra pointed to a case in which Aetna had been targeted through a counterfeit mobile phone app.

The app, said Chandra, was so much like its own that it was almost impossible to tell it was a counterfeit.

“We discovered that a former developer, who had access to our technology, was behind it so every screen shot and logo looked exactly the same,” Chandra said.

Tiki Dare, counsel at Oracle, said the most difficult question facing her company was which websites to go after once infringement had been detected.

“There are so many examples of which infringements we could go after,” she said. “We need to decide what is cost-effective and what may potentially confuse customers”.

However, as in previous sessions, panellists also said it was important to ensure that take-down requests are worded carefully to create a good impression when enforcing rights against fan-owned web pages and “non-malicious” infringement.

Also in the session, John Robertson, deputy director in the IP rights department at the FBI, said it had become “almost impossible” to take down websites permanently.

“If you shut down one website, another comes up,” said Robertson, adding that many domain names are registered overseas, making it harder to find the owners.

Robertson added that defunct file-sharing website Megaupload, run by entrepreneur Kim Dotcom and shut down by the US government in 2012, had received around one billion hits since.

Advice for dealing with bad behaviour online also came from Visa International, whose in-house counsel Denise Yee said that mobile app markets are increasingly a hotbed for trademark infringement and that brand owners should be vigilant in response.

Her tip was part of a wider talk about the credit card company’s IP strategy.

“I’m not sure whether you’re watching your brands on mobile marketplaces, but they’re being infringed,” she told the audience in a session called ‘The essentials of managing a worldwide trademark portfolio’.

“I manage it all,” said Yee, adding that enforcing Visa’s trademarks on social media is another “interesting and emerging area” of brand protection.

Working with a third-party vendor, Visa’s marketing team trawls social media sites for infringement, but Yee does not always take action against offenders. For example, she said, “if there is only one like” on a site, it might be more detrimental to take it down, so “you need to think about traffic and the number of people looking at it before taking action”.

Led by Yee, the Visa IP team has five people, which means “we have to be very efficient in how we divide the work”, she said.

Deciding which of the company’s products and services to trademark involves many considerations, she said, because not all names necessarily need to be registered, particularly descriptive terms such as ‘Visa commercial card’ or ‘Visa purchasing card’.

“Does your project need a name? Is this product going to be marketed to consumers or businesses? What’s the shelf life of the product or service?” are some of the questions Yee asks when thinking about registering a trademark.

When clearing a trademark, Visa will create a list of jurisdictions that might be relevant to its business, Yee said, but while the company always clears a trademark, it will not always register it because of the descriptive nature of some of its products.

Referring to maintaining trademarks, she said “we try to do as much as we can in-house”, including renewing them and showing proof of use.