How does the UDRP differ from courtroom litigation? 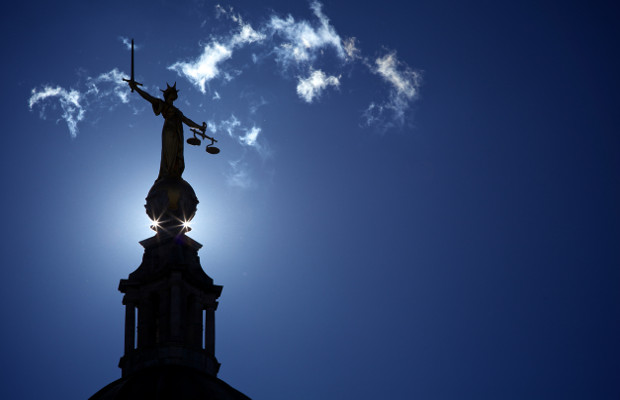 Steven Levy, president of the Accent Law Group, looks at how the new generic top-level domains have changed the analysis of confusing similarity in disputes under the UDRP.

Back in the early 1990s, when the internet was starting to gain widespread acceptance as a commercial communication medium, there were very few disputes involving domain names.

But as a number of alert and bold individuals exploited delays in adoption of this technology by some well-known trademark owners, the number of disputes inevitably rose.

Some of these cases wound up in court as this was, at the time, the traditional venue for addressing claims of trademark infringement.

Of course, litigation is rarely a quick or inexpensive endeavour.

Towards the latter part of the decade, a group of forward-thinking professionals worked with ICANN (the organisation that oversees the bulk of the domain name structure) and created the Uniform Domain-Name Dispute-Resolution Policy (UDRP).

Formally launched in 1999, this administrative arbitration system was created as a lower-cost and faster alternative to traditional courtroom litigation.

To provide these benefits, certain accommodations had to be made, allowing the UDRP to emerge as a streamlined process.

For example, the only relief available through the UDRP is the cancellation or transfer of the disputed domain name. No damages, attorneys’ fees, or other equitable remedies may be ordered.

Court-based processes such as discovery, witness testimony, cross-examination, and live hearings are largely non-existent in UDRP cases and nearly all cases are decided entirely on the basis of the written submissions.

Of course, due to these limitations, the UDRP can sometimes be rather unforgiving and procedural and other mistakes by otherwise adept courtroom attorneys have, unfortunately, occurred in some cases.

In light of these limitations, the UDRP is not designed to handle cases in which the outcome may turn on such things as facts uncovered through document discovery or the elaboration and testing of a set of facts through witness testimony and cross examination.

This reality was on full display in a case from November 2016, involving a company that owned, but for one reason or another let expire, the domain name nightscaping.com.

The domain name and the ‘Nightscaping’ trademark (in relation to lighting used to illuminate landscaping) were acquired by the complainant from another company whose website stated that it was going out of business but was also selling its IP assets.

The respondent, another company in the landscape illumination business, first contacted the original brand owner but was told that it was no longer using the ‘Nightscaping’ mark and had sold both the trademark and the domain.

“The panel denied the case, acknowledging that the factual record ‘tends to support the respondent’s version of the events’.”

The respondent then contacted the complainant’s lawyer to ask about a purchase but received no reply.

For reasons unknown, the complainant failed to renew its nightscaping.com domain and it was then picked up by what appears to be a domain investment company.

The respondent ultimately negotiated the purchase of the domain from that company and redirected visitors to its own sales page (although it claimed that it intends to use the domain for a blog relating to its industry).

In its decision on this case, the three-member UDRP panel declined to reach a conclusion on the first two of the three required elements set out in paragraph 4(a) of the policy (confusingly similarity, and rights or legitimate interests).

The panel instead opted to spend its time addressing the third element—whether the respondent had registered and used the domain name in bad faith.

It made specific mention of the fact that complainant’s president had submitted a declaration in which he stated that complainant had never intended to abandon the ‘Nightscaping’ mark.

He also admitted to having spoken with respondent’s representative about trying to repurchase the domain although no details were provided as to the substance of the conversation.

The respondent also submitted evidence that the word “nightscaping” has a descriptive meaning in relation to the landscape illumination business.

The panel then noted that all the evidence submitted by the respondent (including a screenshot of the old “out of business” website, communications with the prior owner and with the complainant, etc) “lends credibility to the respondent’s explanation of its due diligence and the conclusions that it reached.”

The panel denied the case, acknowledging that the factual record “tends to support the respondent’s version of the events” and that the complainant had not met its burden of proving each element of paragraph 4(a) by a preponderance of the evidence.

The panel concluded by stating that “if either party disagrees with the panel’s findings in this regard, the rules specifically contemplate that the parties could litigate heavily contested factual disputes in an alternative forum that allows for discovery, live testimony and cross examination, all of which could facilitate the trier of fact’s ability to make credibility determinations.”

I see a number of practical lessons in this case, starting with the very basic one of the need to carefully monitor one’s domain names to avoid their expiring.

The second is to understand the limitations of the UDRP and not try to cut corners by bringing a complex factual case that is outside the policy’s limitations.

The third is to consult with counsel who are familiar with the nuances and case history of the UDRP to get the best advice on how to approach a delicate situation such as the one described here.