How to use keywords in Russia 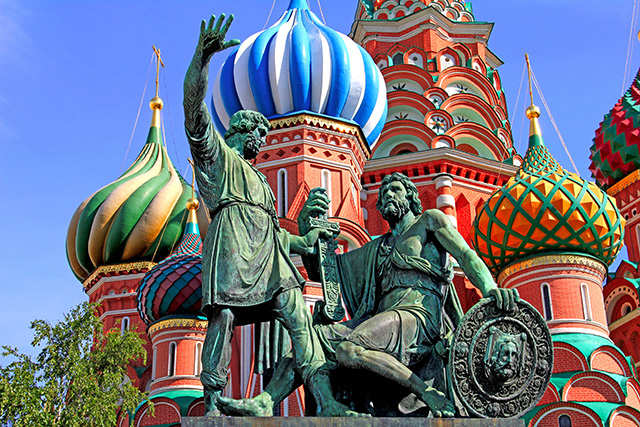 For the first time Russian courts have clarified that using a trademark as an advertising keyword can constitute IP infringement. Igor Motsnyi provides an update on the case and predicts its implications.

A number of jurisdictions have considered whether using a trademark as a keyword constitutes infringement, but so far there has been no clear answer. In Russia, the courts have now dealt with this issue for the first time.

Russian law (Part IV of the Civil Code, Article 1484) defines trademark infringement as the “use of a trademark or a similar sign in respect of similar goods (services) if such use would result in a likelihood of confusion”.

The Russian law broadly defines trademark use. While it doesn’t expressly refer to the use of a mark as a keyword, it mentions the following (non-exhaustive) examples of use that might be relevant:

Until now, most of the internet-related trademark disputes in Russia have been domain name disputes. However, it has been unclear whether the use of a keyword constitutes trademark use and whether such use would be an infringement.

A large Russian retailer of electronics, Eldorado, sued its competitor Ulmart for trademark infringement in April 2013. Eldorado is an exclusive licensee of a number of Russian trademarks, including ‘Eldorado’ and ‘Territory of low prices’ (‘Territoriya nizkikh tsen’).

Ulmart, one of Eldorado’s competitors, bought the following keywords from the popular Russian search engine Yandex, via a third party:

The Commercial (Arbitrazh) court of Saint Petersburg and Leningrad region, where the case was heard, established that once a user typed ‘Eldorado’ into Yandex, the browser generated a number of search results where the first three were sponsored links. While the court said the first link was sponsored by Ulmart, it is unclear from the decision whether the remaining two were. The first search result contained the following words: ‘Eldorado of low prices. Here!’

Once an internet user clicked on the link, he or she would be transferred to the defendant’s website, www.ulmart.ru

On January 14, 2014, the court ruled in favour of Eldorado and found that Ulmart’s use of keywords constitutes trademark infringement. The court also ordered Ulmart to pay damages worth RUB 2.5 million ($72,000).

The court applied the following reasoning:

According to the court, the word ‘Eldorado’ was used both as a keyword and in the text of the sponsored search results. The defendant used the slogan ‘Eldorado of low prices’, which contains both the plaintiff’s trademark ‘Eldorado’ and part of its trademark ‘Territory of low prices’.

An additional argument in favour of confusion was that the words ‘Eldorado’ and ‘low prices’ appeared in a bigger font than the other elements of the sponsored advertisement.

Ulmart argued that since there was a visible link to its website, along with its name, there could be no confusion. However, the court did not believe this argument was persuasive.

"Both courts had no trouble finding that the use of a protected trademark as a keyword and in the text of a sponsored search result constitutes trademark ‘use’."

The court also referred to the Russian law on advertising. Given that the defendant was the advertiser and, therefore, was responsible for complying with any legal requirements of the advertising, including the prohibition of unfair advertising, it should be liable for any violation of third parties’ rights that arise from the advertising.

Finally, the court dismissed Ulmart’s argument that ‘Eldorado’ was a generic word and should not be protected.

The 13th court of appeal, on May 8, 2014, rejected Ulmart’s arguments and fully supported the earlier decision.

In its appeal, Ulmart claimed that it merely used the word ‘Eldorado’ as a descriptive term rather than a trademark. Eldorado (Spanish ‘El dorado’) means ‘a promised land’ or ‘land rich with gold and other resources’ in Russian. The defendant said there was no risk of confusion since the sponsored advertisement expressly referred to Ulmart and contained an active hyperlink to its website. Ulmart also disagreed with the amount of damages.

The court of appeal repeated the arguments and reasoning of the court of first instance.

It confirmed that the defendant was the advertiser, used confusingly similar signs in respect of similar goods and services on the internet and that there was a likelihood of confusion as a result. The appeal court confirmed that as long as a trademark is protected, the owner or an exclusive licensee can enforce its rights against third parties.

While one can reasonably expect that Ulmart will try to appeal further and that the ultimate outcome of this particular case is not yet certain, some preliminary observations can already be made:

Future of keywords in Russia

This first case on keywords and trademarks in Russia has provided some useful guidelines to all stakeholders, namely trademark owners, their competitors (advertisers) and search engines. The Eldorado case is likely to be the first in a whole line of similar cases, given that the use of keywords in advertising is widespread in Russia and will undoubtedly increase.

In the future, one can expect trademark claims not only against advertisers but also against search engines.

While in this particular case the use of a trademark as a keyword constituted trademark infringement, the courts did not condemn the keywords practice per se.

It is likely that at some point Russia’s highest courts will deal with this issue and provide detailed guidelines on how one should approach a keywords advertisement and when the use of a trademark as a keyword can be infringing.

In the meantime, we should all be prepared for further litigation on the subject.

Igor Motsnyi is a partner at Motsnyi Legal Services. He can be contacted at: motsnyi@motsnyi.com