ICANN in Singapore: the year ahead 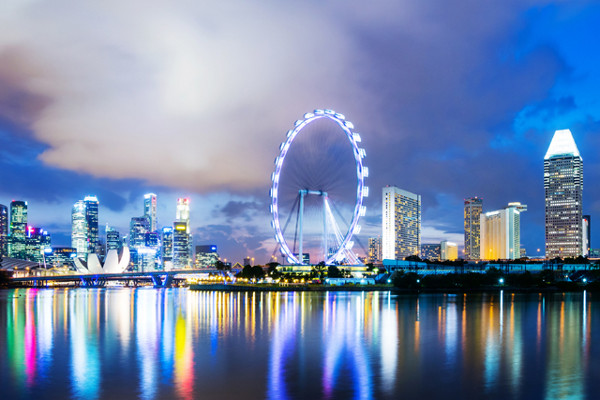 ICANN held its 49th public meeting in Singapore, from March 23 to 27. While discussions around new generic top-level domains (gTLDs), name collisions, Whois and specification 13 were of interest to many attendees, the announcement by the US National Telecommunications and Information Administration (NTIA) that it plans to relinquish control of key internet domain name functions dominated the meeting.

The NTIA said it wants to transition these key functions to the domain name global stakeholder community. The NTIA currently MarkMonitor’s Elisa Cooper reports on the hot topics at ICANN’s March meeting. holds a contract for these, which are referred to as the Internet Assigned Numbers Authority (IANA) functions. They apply to the global coordination of internet protocol resources, such as IP addressing.

But the NTIA has told ICANN that its proposal for how the NTIA should transition its role must have broad community support and must:

• Support and enhance the multistakeholder model;
• Maintain the security, stability and resiliency of the domain name system;
• Meet the needs and expectations of the global customers and partners of the IANA services; and
• Maintain the openness of the internet.

At the time of writing, ICANN is expected imminently to release a summary of the discussions around this topic in Singapore, as well as a proposed timeline with specific next steps. It is expected that activities around this transition will take centre stage at many of the next ICANN meetings.

While not the main focus of the meeting, new gTLDs were certainly of interest to many in attendance. During the session entitled New gTLD Update, ICANN staff reported that of the 1,930 original applications, 1,771 had been evaluated and 150 applications had been withdrawn. It was also reported that of the 263 formal objections filed, applicants prevailed in 171 cases, while objectors prevailed in only 31 cases. It should be noted that a number of cases were withdrawn and small number are still pending.

Also noteworthy was an update on the Trademark Clearinghouse, which has generated more than 21,000 claims notices that warn potential registrants that the registrations they are seeking match a valid trademark.

Of interest to those who submitted applications to run .brand registries, the New gTLD Program Committee approved changes to specification 13 of the registry agreement (RA), to reflect the unique needs of .brands.

Today, internal network resources such as company intranets or networked printers are often given identifiers such as ‘printer.corp’ or ‘network.home’. Previously, if such resources were queried externally, a message saying ‘name does not exist’ would be returned. However, in the new domain name landscape, such resources could point to live domain name registrations. In response to these concerns, ICANN commissioned a report offering concrete recommendations on how to mitigate potential risks of domain name collisions. A review of these findings was presented in Singapore.

According to the findings, ICANN should require new TLD registries to implement and publish a 120-day controlled interruption zone, which is monitored by ICANN, immediately upon delegation in the root zone. After the 120-day period, there shall be no further collision-related restrictions on the TLD.

The recommendations further state that, “ICANN should have emergency response processes to analyse and act upon reported problems that present ‘clear and present danger to human life’” and that “ICANN and others in the community should continue to collect and analyse data relating to the root servers and to the controlled interruption”.

The report concluded that applications for the .corp, .home and .mail TLDs should be permanently reserved.

Formed at the direction of the ICANN board, a panel of Whois specialists has been tasked with redefining the purpose and provision of TLD registration data (Whois). AAs presented in Singapore, they have recommended a paradigm shift that replaces a ‘one-size-fits-all' approach to Whois with a new purpose-driven system to improve privacy, accuracy, and accountability.

The coming year is likely to be a challenging one for ICANN as it works to shepherd the NTIA transition, participate in upcoming internet governance forums, continue to accredit new gTLD registries, focus on globalisation, and begin finalising its five-year strategic plan. With the world watching, the stakes are high-but I am hopeful that the multistakeholder model will rise to the occasion to uphold the security, stability and resiliency of an open and free internet.

Elisa Cooper is senior director, product marketing at MarkMonitor. She can be contacted at: elisa.cooper@markmonitor.com