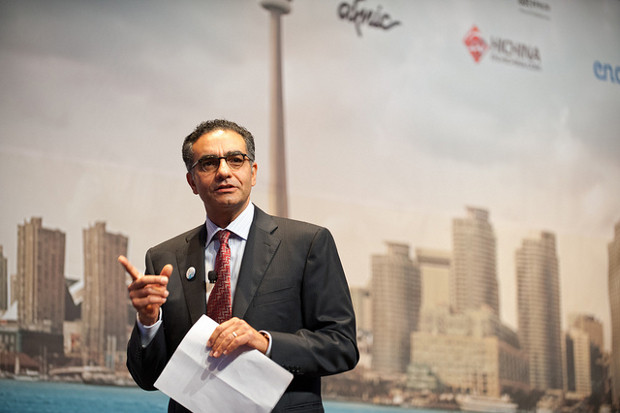 With so much going on at ICANN, the resignation of chief executive Fadi Chehadé couldn’t have come at a trickier time. Greg Shatan, president of the IP constituency at the organisation, ponders who might step up to the plate and discusses the task he or she faces.

On May 21, ICANN announced that its chief executive Fadi Chehadé had tendered his resignation, effective March 2016. This announcement took the ICANN community by surprise.

ICANN is in the middle of a complex and delicate transition from US government oversight of certain critical functions, the Internet Assigned Numbers Authority (IANA) transition), and Chehadé has been a very public face for that transition.

The timing also struck many as odd. Although the IANA transition was originally scheduled to take place at the end of September 2015, it is clear to most observers that an extension of at least six months is highly likely—which would put us right at the end of March 2016.

While this is most likely a coincidence, it does create a particular awkwardness for any new chief executive.

Perhaps Chehadé will be like Moses—leading us to the Promised Land without ever reaching it himself. But that probably assumes too much, about both Chehadé and ICANN (not to mention the US government).

The last two weeks have been rife with speculation about the reasons for Chehadé’s departure.

The announcement stated that he had accepted a position in the private sector (but not in the domain name industry). Some observers felt that he was getting out while the getting was good—that the grind of pushing the IANA transition through various approvals, and the possibility of failure, was not appealing.

Other commentators thought frustration may have been the reason—coping with ICANN’s peculiar corporate structure, and interference with projects he wanted to move forward.

I tend to discount both these theories.

While ICANN is not a big corporation by any traditional measure, it could be viewed as such in the public eye, and never more so than the last 18 months.

Chehadé became a player on the world stage, and in most ways, a very good one. His charisma, intelligence, calm demeanour and global citizenship all played well in various public situations—from the halls of Congress to the travelling circus of internet governance. Such talents do not go unnoticed.

Why he is leaving is not nearly as interesting a question as ‘what’s next?’.

There is an answer to why—it’s just that we don’t know it. If that’s what one really cares about it’s better to ask Chehadé then read all of the musings that have cropped up.

In addition, ‘why’ is just not that important, except to the extent that lessons are learned (and I’m sure they will be).

In order for ICANN to move forward, it needs to look forward. As a wise man [Bob Dylan] once said: “It ain’t no use to sit and wonder why, babe.”

So, what could be next for ICANN as it begins its search for a new chief executive?

In many ways, the search and the job itself are much harder than the last time around. Chehadé leaves big shoes to fill. While his tenure has not been without missteps, he made a very positive impression, even on most of his critics. He grew in the job, and as a result, the job grew with him.

The chief executive of ICANN now must be a global statesman or woman, a policy wonk, a tech geek, a business leader, a man or woman of the (multi-stakeholder) people, a strategist, a cheerleader, and a visionary.

At the same time, he or she must slog through the day-to-day muck of leading a modestly-sized, adolescent organisation that doubles as a fractious global governance ecosystem for the domain name system (DNS) and, more or less uncomfortably, the internet.

Added to that is the challenge of passing the baton at this particular time. The next chief executive will need to come in at full stride, leading ICANN through the IANA transition, the changes wrought by the process of enhancing ICANN’s accountability, and (most likely) approvals for both of these—formal approvals by the US government and the informal (but equally important) approvals of the rest of the world.

The next chief executive will also be walking into numerous major reviews of the new generic top-level domains (gTLDs), as well as the rollout of the remaining new gTLDs.

Finally, one needs to take into account the infamous ‘ICANN learning curve’—which may resemble climbing the Alps in flippers and oven gloves. ICANN is an unusual and complex organisation—a corporation, wrapped in a community, inside an ecosystem—and it takes time to learn how to navigate. Whether as chief executive or stakeholder, the first year can leave one feeling quite lost.

As any ICANN newbie will tell you, just learning the acronyms can be a daunting task. The chief executive has to do more than that—he or she needs to learn the people and the issues behind those acronyms, grasp (and overcome) the history of ICANN, and come to terms with the fact that ICANN isn’t just another corporation.

ICANN could go in a number of different directions. Almost certainly, a search committee and a public search will be put together, and consultants will be hired—that comes with the territory.

Yet, it’s entirely possible that the right candidate is already under ICANN’s nose.

Two candidates who came close to the position when Chehadé was chosen have since been hired as senior ICANN employees—Tarek Kamel (senior advisor to Chehadé on government engagement) and Sally Costerton (senior adviser on global stakeholder engagement).

Kamel was Egypt’s minister of communication and information technology for nearly seven years and is steeped in internet governance experience.

“ICANN insiders would have significant advantages. They would be far up the learning curve, on the issues, on the ecosystem and on the culture.”

Costerton is a relative newcomer to the DNS and internet governance world, but she has prior experience as the former chief executive for Europe, Middle East and Africa at communications agency Hill+Knowlton Strategies. Both have been around long enough to know how to function in the organisation and the community.

Other members of ICANN’s senior management could also be candidates.

ICANN insiders would have significant advantages. They would be far up the learning curve, on the issues, on the ecosystem and on the culture. They would be known to the ICANN community and possibly even to the wider world.

Indeed, it’s hard to see how a newcomer could come in at this delicate stage and be effective in the short run. Right now, the short run is critical.

Of course, there are ICANN insiders outside of ICANN-the-corporation. The ICANN board and the ICANN wider community are both potential pools of talent.

A few names provide at least a sample of potential presidential timber: Steve Crocker, the current board chair (also chief executive of Shinkuro); Cherine Chalaby, formerly managing director at technology company Accenture and chair of the supervisory board of Rasmala, an investment bank in Dubai; Bruce Tonkin, the current vice-chair of Melbourne IT; Asha Hemrajani, formerly in senior management with Nokia and Nokia Siemens, and Chris Disspain, head of auDA (.au Domain Administration.)

Of course, some board members may be happier to remain board members, and it might also be the highest and best use of their skills.

Board members (with some exceptions over the years) tend not to take a stance that is openly adversarial to ICANN-the-corporation, even if they challenge management.

Community members, by contrast, are ‘outsiders’ to a greater or lesser extent, even though they are ‘insiders’ in the sense of knowledge and participation in the ICANN ecosystem.

Some community members wear their outsider status as a badge of honour, even if they have been in the community almost as long as it has existed (if not longer).

There is a deep pool of talent in the community, including individuals such as: Keith Drazek (vice president of policy at Verisign); Jonathan Robinson (chair of the Generic Names Supporting Organization [GNSO] council and executive chairman of Afilias); Byron Holland (president of Canadian Internet Registration Authority and chair of the Country Code Names Supporting Organization council); and Avri Doria (former chair of the GNSO council).

ICANN could (and probably will) go further afield, now that Chehadé and circumstances have made ICANN chief executive a bigger and more public job. Senior management in the tech sector, in the US and abroad, could yield strong candidates—after all, that’s where Chehadé came from.

While registries and registrars have their most senior management participating in ICANN, other tech companies do not, and their representatives often have ICANN as only one among a number of duties in their portfolio.

Despite corporate involvement with ICANN, the tech sector is less likely to yield ICANN insiders, even though it may be more likely to yield present and future leadership material. Of course, this may not be an entirely bad thing.

These candidates may be more on-target for the larger tasks of a chief executive and less accustomed to some of the peculiarities of ICANN, and therefore less willing to take some quirks for granted. Possibilities abound here.

More likely, however, is that it won’t be one of the obvious names in technology. The headaches are too big, and the paycheck (relatively speaking) is too small. It could be someone from a pocket of the industry more aligned with DNS matters, or a ‘next generation’ chief executive-in-waiting with an itch for instant exposure. It could be someone that would be more obvious to an observer sitting in London or Singapore or Cairo, rather than one sitting in the US.

Feedback to the board

At the ICANN meeting in Buenos Aires later this month, there will now be an extra session, on the ‘CEO succession process’. This session is on the last day of the meeting, leaving plenty of time for speculation. Even then, it will not shed much light on ICANN’s views on the process, since the session is described as “a chance for the board to hear input from the community on the CEO succession process”.

He or she will immediately need to manage ICANN’s role in the IANA transition process, the accountability process, the new gTLD reviews, the roll-out of the remaining new gTLDs, and numerous other issues, known and unknown.

The successful candidate may be an insider, thrust into a much more public and decisive role, or an outsider, struggling to master a thousand acronyms and a hundred bonfires.

It’s a big job—let’s see who takes it on.

Greg Shatan is president of the IP constituency at ICANN and a partner at law firm Abelman Frayne & Schwab. He can be contacted at: gshatan@lawabel.com