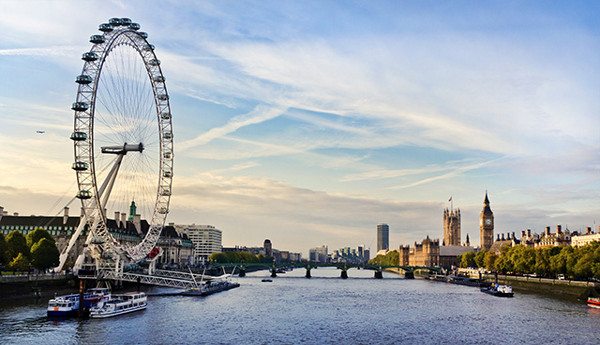 A record number of attendees headed to ICANN 50 in London, the first time the organisation’s public meeting has been hosted in the UK capital. TBO reports on the highlights, which include Google’s story about gTLDs.

Google didn’t always believe that new generic top-level domains (gTLDs) would revolutionise the way we use the internet. In fact, when the search company was first considering which suffixes to apply for, it only wanted four: .google; .chrome; .youtube; and .android. But that was before co-founder Larry Page stepped in and encouraged his gTLD team to think outside the box.

“Larry said, ‘are you guys crazy? The internet is changing’,” said Jordyn Buchanan, who is responsible for Google’s gTLD team, while speaking on a panel on June 23. Rather than selecting just four, Page’s input ensured that Google applied for 101 new gTLDs, ranging from .app to .dog, making it the second largest applicant behind Donuts Inc.

“New gTLDs can fundamentally reshape the way we use the internet,” Buchanan said. “They are readable, memorable and meaningful.” Contrasting their benefits with those of apps, he added: “Domain names provide fast, casual access to information, rather than a deep and meaningful interaction.”

With so much scepticism still surrounding the need for a new gTLD, it was interesting to hear one of the biggest advocates of the domain name shakeup speaking so candidly. On the panel, Buchanan was joined by David Green, head of global digital marketing at KPMG, who said the “penny has dropped” that gTLDs are not just domain names. Green cited several benefits of having the .kpmg suffix, including authenticity, which means that clear addressing can act as a “trusted signpost” for the public.

Green, who was interviewed by TBO in 2013 about .kpmg, said thousands of brand owners might apply for their own domain in the second round, not expected to arrive for a few years.

He added: “Domain name industry actors now have a fantastic opportunity to support closed brand applicants [whose gTLDs are not publicly available] to develop services. There will be an extra layer on the core gTLD industry.

“If they don’t today, they will be displaced by startups, particularly in round two, especially with thousands of new brands. There is a massive market for additional services. Registry service providers need to look at consulting and new software.”

For brand owners, all eyes were on the Intellectual Property Constituency (IPC) meeting a day later, where each attendee—whether IPC member or mere observer—was asked to introduce themselves to the room.

Of particular interest was an update from the Trademark Clearinghouse (TMCH), a central repository of trademark data that connects to all new gTLD registries. The TMCH allows trademark owners to register their marks in one place before selecting which, if any, sunrise periods to partake in. It also offers a ‘trademark claims’ service, where domain registrants and right owners are warned about potential cybersquatting for 90 days after a gTLD launches. Once the claims period ends, trademark owners can opt in to an ‘ongoing notifications’ service.

Vicky Folens, project manager of the TMCH, said there are now 31,000 records from 117 jurisdictions in the database, with 87.5 percent of them being filed by trademark agents rather than IP owners themselves. In addition, 51,000 unique notifications have been sent out through the ‘trademark claims’ and ‘ongoing notifications’ services, she said. Speaking to TBO a day earlier, Jan Corstens, the TMCH’s project partner, said that the 31,000 figure is lower than he expected at this stage, but that by next year it should at least double.

Although the TMCH is “working well and we’re happy with it”, Folens told the IPC, “a lot of people don’t understand it yet, and some don’t know it exists”. She was responding to IPC member Anne Aikman-Scalese, who suggested that with around 15 million trademarks registered worldwide, having just 31,000 records might suggest that the TMCH has attracted a lack of interest.

Aikman-Scalese also claimed that some of her clients were unaware that the ‘ongoing notifications’ service is not activated automatically—right owners have to opt in—and questioned whether the TMCH was aware of this. But Folens said she has sent out newsletters and delivered presentations explaining that it’s an opt-in service. “We’ve even contacted trademark owners,” she said. “We can only do what we do.”

The discussion raised an important point: why is the interest in and awareness of the TMCH still seemingly low, despite its opening for business more than a year ago? The answer is not clear to anyone at this stage, although perhaps as the new gTLDs continue to gain traction and attract mainstream coverage, so will the TMCH.

The IPC session also received some updates on compliance from ICANN staff. Krista Papac, director of registry services, explained that the organisation is interviewing prospective panellists for the Public Interest Commitments Dispute Resolution Procedure (PICDRP). The PICDRP will address complaints that a new gTLD registry might not be complying with the PICs in its registry agreement with ICANN. Five panellists will be an ideal number in total, Papac said, although more than one could work together on a case. While ICANN is looking to create a “geographically diverse” panel, she claimed, most applicants have come from North America.

Earlier in the day, ICANN’s Governmental Advisory Committee (GAC) convened, with an important focus on the Whois protocol. It comes after an ICANN working group proposed a detailed shakeup of Whois earlier in June. The 166-page document lists 180 recommendations, leaving ICANN stakeholders with a huge amount of information to absorb. In essence, the group proposes that Whois data covering all domain names would be centralised in one database and operated by a single entity.

"Vicky Folens, project manager of the TMCH, said there are now 31,000 records from 117 jurisdictions in the database."

Raising concerns about the report, the US’s GAC representative Suzanne Radell said it was “helpful but equally alarming”. The GAC needs “extensive” time to consider the report’s findings, she said, and there should be a strong focus on the topic at ICANN’s next meeting in Los Angeles, from October 12 to 16.

A representative for the European Commission, speaking in French, added: “It’s quite simple—we fully support the United States.” These views helped Australia’s representative, Peter Nettlefold, who was chairing the discussion, to decide that the GAC would raise the issue with the ICANN board later that day. “This is important: we need a comprehensive discussion in LA and we need to consider which mechanism to focus our efforts on in the meantime,” he said.

A review of the ICANN meeting would not be complete without mentioning the US government’s decision to walk away from its contract (IANA) with ICANN, which allows it to perform some important tasks such as delegating new gTLDs. There have been fears that this move will pave the way for controversial regimes to play a stronger role in internet governance, although others have pointed out that the US will have to rubberstamp ICANN’s proposal—and has said it will not accept a government-led or intergovernmental organisation “solution”.

In an address at the meeting’s opening ceremony, Ed Vaizey, the UK’s minister for culture, communications and creative industries, tried to allay any fears about the future of the domain name system.

“But the internet is constantly evolving and the way it’s stewarded has to evolve as well, and that’s why we in the UK strongly support the moves by the US to let go, if you like, of the IANA function. It’s a huge step forward in making this global resource a truly global enterprise,” he said.

He added: “Earlier this year the worldwide web celebrated its 25th birthday: 25 years of unparalleled expansion, economic growth and social good. ICANN has been crucial to ensuring that success, and ICANN will be crucial to ensure that success continues for the next 25 years. Tim Berners-Lee said the internet is for everyone; it is up to us to make sure it stays that way.”