ICANN: the year ahead for the IPC 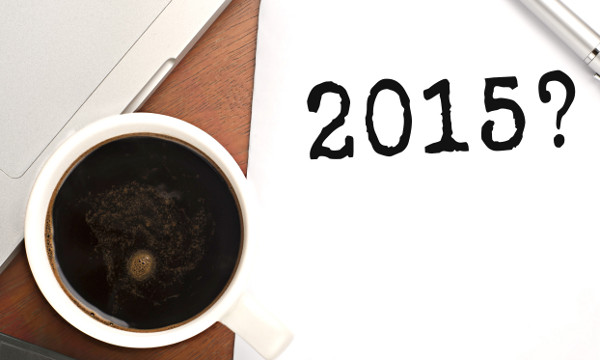 ICANN’s Intellectual Property Constituency expects to be tracking several key developments in 2015, including gTLD rights protection measures and Whois accuracy. The group’s president Kristina Rosette gives a preview of the likely workload in 2015.

As is true for the entire ICANN community, a significant priority for the IPC in 2015 will be the outcome of the current efforts regarding the IANA stewardship transition of ICANN’s accountability. Since TBO’s coverage of these topics earlier this year, the most noteworthy developments have occurred in connection with enhancing ICANN’s accountability.

During the public forum at the ICANN meeting in June, the entire Generic Names Supporting Organization (GNSO), a multi-group body that recommends gTLD policy, united for the first time to call “for the ICANN board to support community creation of an independent accountability mechanism that provides meaningful review and adequate redress for those harmed by ICANN action or inaction in contravention of an agreed-upon compact with the community”.

In response to ICANN’s “proposed process and next steps on accountability” in August, the leaders of all of the ICANN supporting organisations, advisory committees, stakeholder groups and constituencies wrote in September to ICANN’s chief executive and board chairman, Fadi Chehadé, to call for a public comment period and request answers to numerous questions raised by the proposal.

On the eve of ICANN’s Los Angeles meeting in October, ICANN published a “revised enhancing ICANN accountability: process and next steps”, which recognised and reflected strong community support for a cross-community working group (CCWG) to complete the accountability work. The CCWG is expected to begin work in early December.

Earlier this year the expert working group (EWG) on gTLD directory services, appointed by the ICANN board, called in its final report for a complete paradigm shift in which gTLD registration data is collected, validated and disclosed only for permissible purposes; only authenticated requesters would have access to certain data elements. A joint GNSO-ICANN board working group, formed to “identify the main issues ... that have to be addressed before attempting to initiate” a policy development process (PDP) based on the EWG’s final recommendations, met in October during ICANN’s LA meeting.

The vast majority of ICANN-accredited registrars have signed the 2013 registrar accreditation agreement (RAA), which requires registrars to verify and validate certain Whois data and to suspend domain names for which the data cannot be verified and validated. As of mid-October, registrars have suspended more than one million domains on this basis, while some have repeatedly complained to the ICANN board that there is no evidence that these suspensions have affected fraud and abuse in the domain name system.

"A number of ICANN reviews of the new gTLD programme and RPMs are expected to begin in 2015."

A number of ICANN reviews of the new gTLD programme and RPMs are expected to begin in 2015. Highlighted below are those most relevant not only to the IPC, but to IP owners more broadly.

Possible review of the Uniform Domain-Name Dispute-Resolution Policy (UDRP). A December 2011 GNSO council motion deferred a review of the UDRP but requested that ICANN staff deliver a report regarding all RPMs in new and existing gTLDs 18 months after the first new gTLD was delegated. The requested report is the first step in the GNSO’s PDP and could culminate in a review aimed at revising the UDRP.

The GNSO’s special trademark issues group recommended in its December 2009 report that ICANN conduct a review of the Uniform Rapid Suspension System one year after it began operating, as well as publishing examination statistics. The review is likely to begin in February 2015.

Trademark Clearinghouse review. In May 2011, the ICANN Governmental Advisory Committee proposed that ICANN conduct a “comprehensive post-launch independent review of the Trademark Clearinghouse”. This was to examine whether the scope of the sunrise and trademark claims processes should be broadened to encompass non-exact matches (eg, domains that contain the trademark or are typographical variations of it) and extended beyond the current 60-day post-launch period. ICANN intends to begin this review in February 2015.

Competition, consumer trust and consumer choice review. The 2009 Affirmation of Commitments between ICANN and the US Department of Commerce requires ICANN to organise, when new gTLDs have been in operation for one year, “a review that will examine the extent to which the introduction or expansion of gTLDs has promoted competition, consumer trust and consumer choice as well as effectiveness of (a) the application and evaluation process, and (b) safeguards put in place to mitigate issues involved in the introduction or expansion”. A joint work team between the GNSO and the at-large advisory committee recommended 70 potential metrics, and an advisory group is expected to make recommendations soon to the ICANN board about the feasibility, utility, and cost-effectiveness of those metrics. By the end of the year, ICANN will begin conducting a global consumer survey and an economic study, both to inform the review.

IPC members will be coordinating and conducting outreach to ensure these reviews have broad participation from IP owners, and that any perceived deficiencies in RPMs are remedied while trying to prevent changes to them that would lessen their utility and efficacy.

Kristina Rosette is president of ICANN’s Intellectual Property Constituency. She can be contacted at: krosette@cov.com