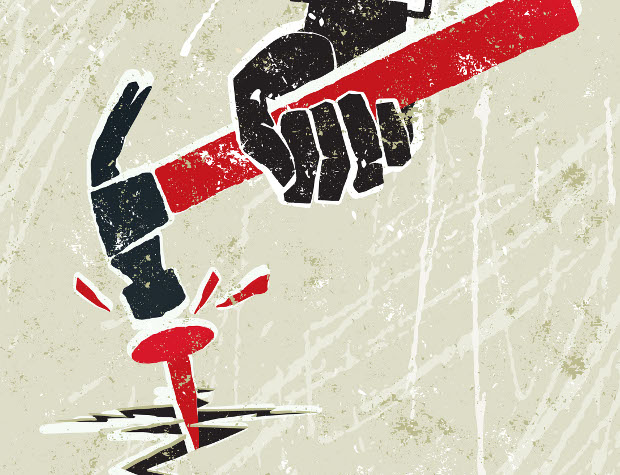 The UDRP has functioned efficiently in a changing DNS landscape for more than a decade, and WIPO will most likely want to keep it that way even as its workload increases. TB&I reports.

In the early years of the domain name system (DNS), trademark owners aggrieved about alleged cybersquatting had few options to remedy the problem. If they were serious, they were forced to wage a costly legal battle in the attempt to remove the disputed website. But in August 1999, that all changed. The little-known Internet Corporation for Assigned Names and Numbers (ICANN) approved the snappy-sounding Uniform Domain- Name Dispute-Resolution Policy (UDRP) for resolving clashes between rights owners and website registrants. Thirteen years later, IP owners widely champion the policy as a cheaper and more efficient alternative to the courts.

As the leading UDRP arbitrator, the World Intellectual Property Organization (WIPO) knows the policy from top to bottom and inside out. WIPO’s Arbitration and Media Center, which picks from a list of panellists stretching from Canada to Croatia, has processed more than 24,000 cases and possesses a deep, probably unrivalled, institutional knowledge of the UDRP.

“Managing this increase is a continuing challenge, which WIPO is well-positioned to meet,” says David Roache-Turner, head of Internet dispute resolutionat the Center. “We have worked hard to build in the processing efficiencies and safeguards that we need in order to absorb this kind of sustained increase.

“Evolving IT systems and support are naturally a big part of that for us. Having the right people on the job—a committed team of professionals who understand what the UDRP is all about—has also been essential,” he says.

To make things easier for parties, called complainants and respondents in UDRP cases, WIPO is working on a “significant upgrade” of its online filing system, says Roache-Turner. “Our goal is always to improve both quality and efficiency for our clients, as well as to contribute positively to the UDRP’s operation as a whole.”

This assistance follows WIPO’s move to an online, paperless UDRP filing system in 2009 which, Roache-Turner says, goes some way to explaining why filings are increasing year on year, with the UDRP becoming a more efficient and attractive alternative to the courts.

But a more streamlined filing system cannot, on its own, explain why brand-owning complainants are increasingly flocking to WIPO. “There are probably many reasons,” Roache-Turner says.

These reasons may include that brands are being increasingly vigilant about alleged abuse online; that they are making more money from online sales— and taking the defence of their domain names more seriously; that they increasingly believe that the UDRP, more than a decade old, is a reliable system; and that they are trying to obtain some useful precedents about the UDRP now, before the new generic top-level domains (gTLDs) go live next year.

On this final point, ICANN hopes to begin processing the first of about 1,400 domains in thesecond quarter of 2013. Despite the availability of several rights protection mechanisms (RPMs), many brands fear that such a dramatic increase in the DNS will be matched by a dramatic surge in egregious behaviour online.

"Our goal is always to improve both quality and efficiency for our clients, as well as to contribute positively to the UDRP's operation as a whole."

Against this backdrop of trepidation, Roache-Turner says it is hard to assess whether the “massive” expansion of the DNS will lead to a corresponding rise in UDRP filings—and therefore a greater workload for the Center.

“If you look at the approximately 1,400 unique new gTLDs, it is notable that brand owners have applied for almost half of these, with around 500 intended to be run on ‘open registration’ [open to consumers] models. This is where the principal risk of cybersquatting will lie.

“Many factors will affect cybersquatting levels, including the demand for registrations within individual new domains. But how realistic is it to expect that hundreds of new ‘open registration’ domains would somehow not lead to an increase in cybersquatting? Whether this would necessarily translate into a corresponding rise in UDRP complaints is a different question, and here much may turn on the extent to which affected trademark owners would be prepared to continue investing already-stretched enforcement budgets into curative relief in the new domains.”

Either way, Roache-Turner says, WIPO will be prepared for such an increase. The new gTLDs may be a new concept to a layperson, but for an organisation such as WIPO, so closely involved with ICANN and its processes, there has been time to prepare for gTLDs. Roache-Turner says the Center will continue to improve its systems and refine its resources to maintain an “effective and committed” team, if required.

In fact, WIPO has been closely involved with the new gTLD programme for some time, advising ICANN about how trademark owners try to protect their brands online. “A major part of our work over the last few years has included providing extensive input to ICANN on the design of, and need for, new RPMs intended to better equip rights holders,” Roache-Turner says.

One RPM that WIPO already oversees, the legal rights objection, allows trademark owners to complain about applications that they believe infringe their marks. The objection period is open until March 2013, but WIPO has received no complaints so far.

A second RPM is the Uniform Rapid Suspension System (URS), designed to tackle clear-cut cases of cybersquatting quickly. In its attempts to find someone to manage the system, which will co-exist with the UDRP, ICANN has struggled. This is mainly because it wants someone to maintain the URS for between $300 and $500 per case. To put this in context, the cost of filing a single complaint at WIPO that is overseen by a single panellist is $1,500.

“The current URS model is considerably more complicated than the UDRP, with a higher standard of proof and multiple enforcement layers, but for a lesser remedy. It requires experts even in default cases, while also including an option for defaulting respondents to re-open, as well as to appeal, decided cases for a reversible remedy of suspension of a domain.WIPO, which has written extensively to ICANN about the URS, remains wary of the path ahead, as Roache-Turner explains.

Of course, the operation and level of demand for such a system remains to be seen. But purely in terms of its design and feasibility for responsible implementation, there is a real question of how realistic it would be to expect any responsible, experienced provider to be able to offer such a system sustainably, at a price of around a third of the cost of the UDRP.

“Competition can sometimes be a healthy thing, especially if there is real competition among quality providers prepared to invest responsibly in the system. But there can also be a real risk of a race to the bottom, especially if the relationship between the complexity of the system and the price is unrealistic. WIPO has consistently proposed that ICANN adopts a simpler, more streamlined URS system with appropriate registrant safeguards, which we believe might be responsibly operated closer to the target price point,” he says.

Whether the ICANN community ever adopts such a model, on the other hand, remains an open question.

After November 20, when ICANN closed a request for information (RFI), under which prospective arbitrators had to submit their best off ers for managing the URS, we may all know more.

WIPO, as the leading UDRP provider, would be an obvious choice to manage the URS. But Roache-Turner says WIPO did not submit responses to the RFI.

While the shape and management of the URS is far from crystal clear, one thing is more transparent: the URS and UDRP will both be reviewed and possibly reformed in the next few years. In December 2011, the council of the Generic Names Supporting Organization, which recommends policies aff ecting gTLDs, ruled that 18 months aft er the fi rst new domains go live (expected to be April 2013), ICANN staff must submit a report on the state of the URS and UDRP, as well as other RPMs. This report typically leads to a so-called policy development process, which oft en is slow and incorporates public comments and analysis. A revised UDRP may not, if it does at all, materialise for at least another three or four years.

Unsurprisingly, WIPO is wary of these attempts to tinker with what it sees as a successful and reliable process.

“While any legal system can be improved, it is also important to remember that the UDRP has functioned remarkably well in adapting to a changing DNS over more than a decade. If ICANN opened it up for comprehensive revision, there is also a very real risk that this functioning mechanism could be watered down or become over-burdened, as has happened in some respects with the URS as it made its way through various ICANN processes.

“To the extent that there would be any changes in future, contained changes of a more procedural or targeted nature—designed to increase effi ciency and clarity—may be preferable. Broad-based revision would likely prove highly contentious and may disrupt the careful design balance that the UDRP represents,” says Roache-Turner.

From recommending how the policy should look, to becoming the premier UDRP provider and managing more and more cases each year, WIPO acts as an important intermediary for IP owners seeking to protect their rights online. It is clear that the organisation will fi ercely resist any attempts to skew the UDRP, and will continue to promote a fair and effi cient system which, on the whole, is preferable to the money that burns deep into the pockets of rights owners when they enter the court room.